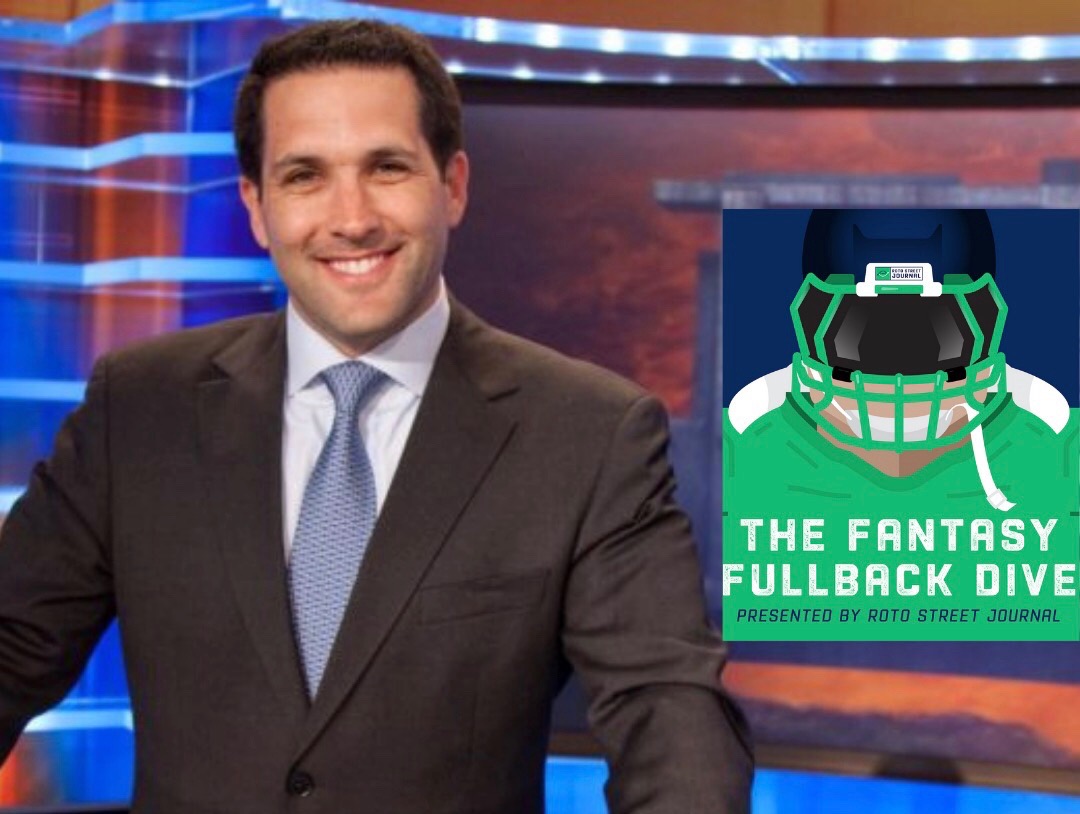 Yes, the real Adam Schefter joined the Fantasy Fullback Dive and shared the type of inside intel and stories only he has. Don't miss this one.

Adam Schefter (yes, the real ESPN one) joined the Fantasy Fullback Dive to preview some of Training Camp’s most important Fantasy Football Storylines. We tapped into “the NFL’s most connected man” and his all-reaching access to get the latest on:

Plus, we run Schefter through our “No-Huddle” offense to find out who he’d take No.1 overall, Fantasy’s Top-WR, the next big TE, and his favorite breakout candidates. Most importantly, we dig into Adam’s odd sleeping habits, and discover if he and the other ESPN Insiders ever make fantasy moves before they actually break the news.

Between the highest-possible intel, to some entertaining stories, Schefter’s interview was amazing, can’t miss audio. This is Adam, our up-and-coming buddy we're trying to help grow in the industry!

Joking aside: You know Mr. Adam Schefter, the most connected man in the NFL. Whether on ESPN's NFL Live & Sunday Countdown, or via Twitter to his over 7million followers, Schefter constantly breaks news faster than any one else, and never sleeps (find out why in this episode). Insiders truly don't get more... inside... than this, as Adam has reliable sources everywhere. He's probably watching you right now.

Schefter, who's been covering the NFL since 1990, has won numerous awards, including SI.com's and The Cynopsis Sports “Media Person of the Year." Somehow, he was robbed an Oscar for his award-worthy three second performance in The Longest Yard (2005).

Prior to ESPN, Schefter rose through the journalism ranks as sportswriter for the Denver Post and the Rocky Mountain News. He eventually landed with NFL Network (2004-08). A native of Bellmore, N.Y., Adam graduated from the University of Michigan and later earned his master’s degree at Northwestern’s Medill School of Journalism.

He's also published multiple books, including the powerful "Man I Never Met" most recently. Hosting him was beyond a thrill.