The Roto Street Journal aims to breed and feed Fantasy Football  Wolves so dominant, they tear their leaguemates limb by limb.

Our analysis hits the rare mixes of Accessible yet Deep. Accurate yet Entertaining.  We leave no important fantasy stone unturned, without leaving you overwhelmed and confused.

More importantly, we aim to be the most User-Centric site possible.

This means answering every question we receive, for FREE (for now)!

This means hitting all your needs and styles through a variety of mediums (writing, audio, video, social) and lengths (short vs. long).

And this means providing some humor and entertainment along the way with groundbreaking Fantasy Culture content.

Below, find our most important pieces of "Anchor" content.

The recipe for fantasy success is simple:

Broken down in more depth here, we analyze each menaingful player in these categories, producing an overall Fantasy Stock Score and Profile. This has helped us get ahead on nearly every major league-winner, including David Johnson in 2016; Tyreek Hill in 2017, Patrick Mahomes (here) and Christian McCaffrey (here) in 2018, and Dalvin Cook (here) and Derrick Henry (here) in 2019, among so many more.

The beauty of the formula is it's mix of simplicity and comprehensiveness. It is the backbone for all the content of the RSJ, including: 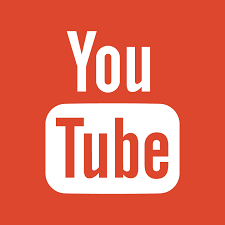 Ranking first on Google, our 2020 Fantasy Football Big Board and Rankings are updated with every move in shake, in real time -- as if the New York Stock Exchange for Fantasy Footbal.

Don’t Sleep on Jaguars WR Calvin Ridley in 2023 Fantasy Football and Dynasty Leagues
People forget the Jaguars added Calvin Ridley to its arsenal.
Read More
Replacing Jonathan Taylor: Zack Moss or Deon Jackson off the Fantasy Week 16 Waiver Wire?
Is there a true Taylor replacement in Indy?
Read More
Despite Upward Trend, Cam Akers’ Rest of Season and Week 14 Fantasy Outlooks are Hard to Trust
Do you really want to rely on Cam Akers to win you a title?
Read More
James Cook Drips in 2022 Fantasy League-Winning Upside as the Bills’ Likely Rest of Season RB1
Don't blink or it'll be too late! James Cook offers league-winning upside and should be a high-priority stash.
Read More
Playoff Push: Stash Mecole Hardman for his Late-Season Fantasy Football Return
Mecole Hardman is one of the better IR stashes.
Read More
Which Steelers RB to Add Off the Fantasy Week 13 Waiver Wire: Benny Snell or Anthony McFarland?
Who are you targeting?
Read More

Just like the real game, fantasy football is truly a game of inches. From that crucial waiver wire pick-up, to the right draft-day selection in Round 9, fantasy titles are won with those hard-nosed, unsung, fullback-esque moves.

That’s where the astutely researched, undeniably bold, and unfathomably genius opinions of our very-own Wolf comes in.

He picks the brains of the brightest, boldest Fantasy Wolves, such as Evan Silva, Justin Boone, Scott Barrett, Graham Barfield and other NFL giants like Adam Schefter & Scott Hanson.

He brings on the most in-tune beat writers for every team, uncovering nuggets you won't find anywhere else.

To find all our Episode Show Notes and more information, visit the FFBDPod Homepage here.

Staying with our mission of being the most user-centric site, we run numerous Facebook Live Broadcasts every week. From The Weekly Stock & Waiver Wire Show, to our Rankings Rundown, and especially our Fantasy Tailgate: Sit/Start Show featuring 100+ questions a week,  The Wolf routinely goes live with one main goal: helping the Wolfpack.

To see all our Facebook videos, visit here. Samples

Incredible information, quickly responds to direct messages with well thought out, and friendly responses, helped me win 1 league become runner up in another, and third in my final league. I highly recommend these guys specifically The Wolf for any questions or if you just need a great FF community to be apart of!

"These wolves know what they're doing! They helped me win 1 of my leagues this year while coming close in my other 2! Their start/sit columns, waiver wire rankings, and weekly rankings were my preferred reads compared to Fantasy Pros and ESPN! Highly recommended!!

"Roto Street Journal helped me make chicken salad out of chicken shit in 2019.

This year, a group of friends invited me to join their “Keeper” league after a long time owner dropped out. Problem was that most teams had studs that they were keeping for 12th round picks, while I was going in with a blank slate. I dug myself deeper in a hole when I had a comically bad draft, where I didn’t account for the number of RBs that were kept and ended up having to choose between Paul Perkins and Fat Rob for my RB2. Absolute dumpster fire.

Luckily, RSJ had some timely advice that saved the season. It took some time to materialize, but ultimately trusting in the boys at RSJ, and by association, in players like Tyreek Hill, Alvin Kamara, Dion Lewis, and Blake Bortles, who has sloppier mechanics than your average pop warner quarterback. The Sunday Morning Facebook Live sessions assisted in lineup decisions, making me feel better about going into a championship matchup starting a human named Keelan Cole. Somehow, between the assistance from the Wolf and company and the favor of the fantasy gods, I stole a wildly unlikely championship and now go into the 2018 season with Alvin Kamara and Jimmy Garappolo as my keepers.

This year, I’ll probably do some homework and read through the extensive pre-draft guide that the RSJ team puts together in the summer.

Thanks for the assist boys!

To hear more about what people have to say, check out more Testimonials Here Though we're now (as Tom "Our Savior" Brady would say) "laser-focused" on Fantasy Football entering our third season, the Roto Street path has taken many twists and turns.

Everything all began late one brisk February night,  deep into the ninth straight hour of an epic Game of Thrones binge. As he wiped crab rangoon crumbs off a robe he hadn't changed out of for multiple days, a thought came to The Wolf:

I need to do more with my life.

After running down an underwhelming list of talents to build upon, he finally realized his true calling: Fantasy Football.

Immediately after, Roto Street began to be paved.  Along the way, many have joined The Wolf on this quest to reach the summit of Fantasy Mountain. Some strong souls remain (see bottom), though many have been lost. Our content has gone everywhere -- from football, to Golf, and even to Survivor, The Bachelor, and Game of Thrones.

Most importantly, countless lessons have been learned. Now, with clearer eyes and fuller hearts, we've discovered ourselves and what we must do to achieve our lofty ambition: become the unquestioned GOAT Fantasy Football site and community.

The full version of our journey (written in 2018)-- from where we've been and where we're going, to how we got our name and the many business takeaways we've learned can be found here.