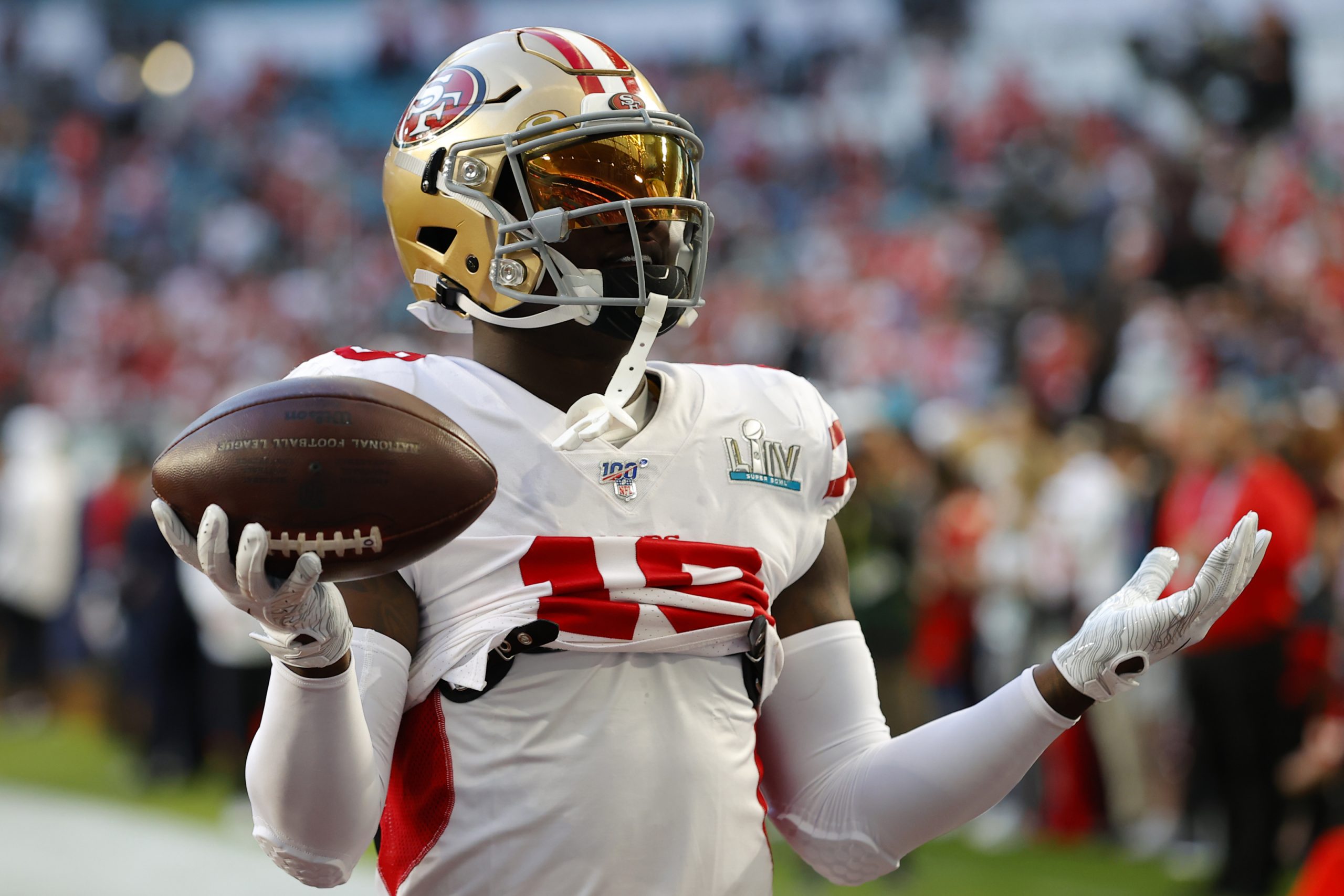 True dynasty fantasy football managers know it’s a 365-day grind. From horrendous one-sided deals (shout out CJay), to scanning the waiver wire for The Next Elijah Mitchell, and improving your team using our Dynasty Trade Value Chart — you should always be active in your dynasty league. The off-season can be a pivotal time to improve your contending rosters, sell depreciating assets, and add appreciating future assets and draft picks.

If you’re a legitimate contender who’s vying for a 2022 dynasty championship this season, check out 4 Players That 2022 Fantasy Football Dynasty Contenders Need to Target in Trades. But below, I’ll be highlighting four dynasty sells for your dynasty rosters with trade examples from DynastyLeagueFootball.com Trade Finder and trade values from our own Dynasty Trade Value Chart.

It feels weird just writing it, however, Joe Burrow is one of the best sells in dynasty right now. I’m not sure if it’s recency bias from the Bengals’ trip to the Super Bowl, but Burrow was far from an elite fantasy asset last season. In our Dynasty Trade Value Chart, Burrow is listed as a sell for two-or-more first-round picks, and I can agree with that.

Last season, Burrow averaged 19 fantasy points per game and has only finished higher than QB8 in four of the 26 games in his career. He has week-winning potential and an improved offense, but with his current market value, dynasty managers should be looking to sell for another comparable quarterback and a pick or skill position player.

To back up my words, I traded him in one of my dynasty leagues for Kyler Murray and Nyheim Hines. I wasn’t excited to make the deal, but I couldn’t pass on a Konami Code quarterback and a strong flex option in Hines.

Along with the lack of consistent top-tier production, Burrow suffered a severe knee injury in 2020 that made him miss a chunk of his rookie season. The Bengals addressed the offensive line this offseason but the jury is still out on the unit. In his short career, Burrow has been sacked 102 times, including 70 from just last season — good for the third-most ever in a season. I’m never one to pull away from a player due to injury risk, but Burrow makes me come close.

If you’re a contender trying to sell Burrow, look for a quarterback in return (Kyler Murray, Lamar Jackson, or Murray) and a strong flex piece.

If you’re looking to rebuild, I’d sell Burrow for three firsts. Or, a younger quarterback (Justin Fields, Zach Wilson, or Tua Tagovailoa) and a first-rounder.

Burrow currently sits at QB4 in The Wolf’s Dynasty Rankings.

James Conner had the best season of his career in 2021, posting 752 yards rushing and 15 touchdowns. Unlike The Wolf, I don’t believe Conner can produce at an elite fantasy level again this season. Last season, Kyler Murray missed three games to injury, and Chase Edmonds missed five. Conner lacked major competition for red zone touches and was able to capitalize with his career-high 15 touchdowns.

The only reason I would roster Conner this season is if you’re a top-three team in your league. At 27 with a riddled injury history, Conner is on the backend of his fantasy production. Most running backs begin to see a decline from a per-touch standpoint after their age 26 seasons.

The Cardinals added Darrell Williams to fill the Edmonds Role.

Conner will be a capable running back this season, but he seems like a great sell at his current market value.

Conner sits at RB23 in The Wolf’s Dynasty Rankings.

This was the easiest of the four for me to pick. Deebo Samuel had one of the most absurd usage and fantasy outputs last season. After finishing as WR32 and WR96 in his career, Samuel broke out last season as the WR3 overall. Although seeing his name on this list may seem weird, Deebo is currently listed as a strong sell on our Dynasty Trade Value Chart.

The main case for Samuel being a sell is that 25% of his fantasy points last season came from his rushing output, which accounted for 84.5 points. It was reported earlier in the offseason that Samuel did not want to be used as a dual-threat and he wanted to remain a wide receiver in a contract season. With Trey Lance looming as the starter and the addition of rookie RB Tyrion Davis-Price, Samuel’s rushing production won’t be needed as much. Lance will be a threat at the goal line and Davis-Price (and maybe Trey Sermon) will be a suitable fill-in if Elijah Mitchell gets injured.

There’s no doubt that Samuel is one of the most talented receivers in football, but like the other sells in this article, it looks like his value may never be higher.

Samuel sits at WR6 in The Wolf’s Dynasty Rankings

Dawson Knox should have a touchdown regression and will have an uphill battle on Josh Allen’s target totem pole — and that’s enough for me to hit the sell button in dynasty. The Bills added OJ Howard, Khalil Shakir, James Cook, and Jamison Crowder this offseason and Gabriel Davis will look to fill the role as WR2 behind Stefon Diggs.

Last season, Knox saw a mediocre 13.2% target share, but he scored nine touchdowns. Knox is not going to be a high-volume player, nor is he going to produce TE1 numbers on a weekly basis. He is a part of a group of tight ends that are nice to have but won’t make a significant roster impact.

Knox is a low-end TE1 at best and can be dealt at a high value before the season begins.

Knox sits at TE8 in The Wolf’s Dynasty Rankings

If you’re gunning for a championship this season, be sure to check out 4 Players That 2022 Fantasy Football Dynasty Contenders Need to Target in Trades.