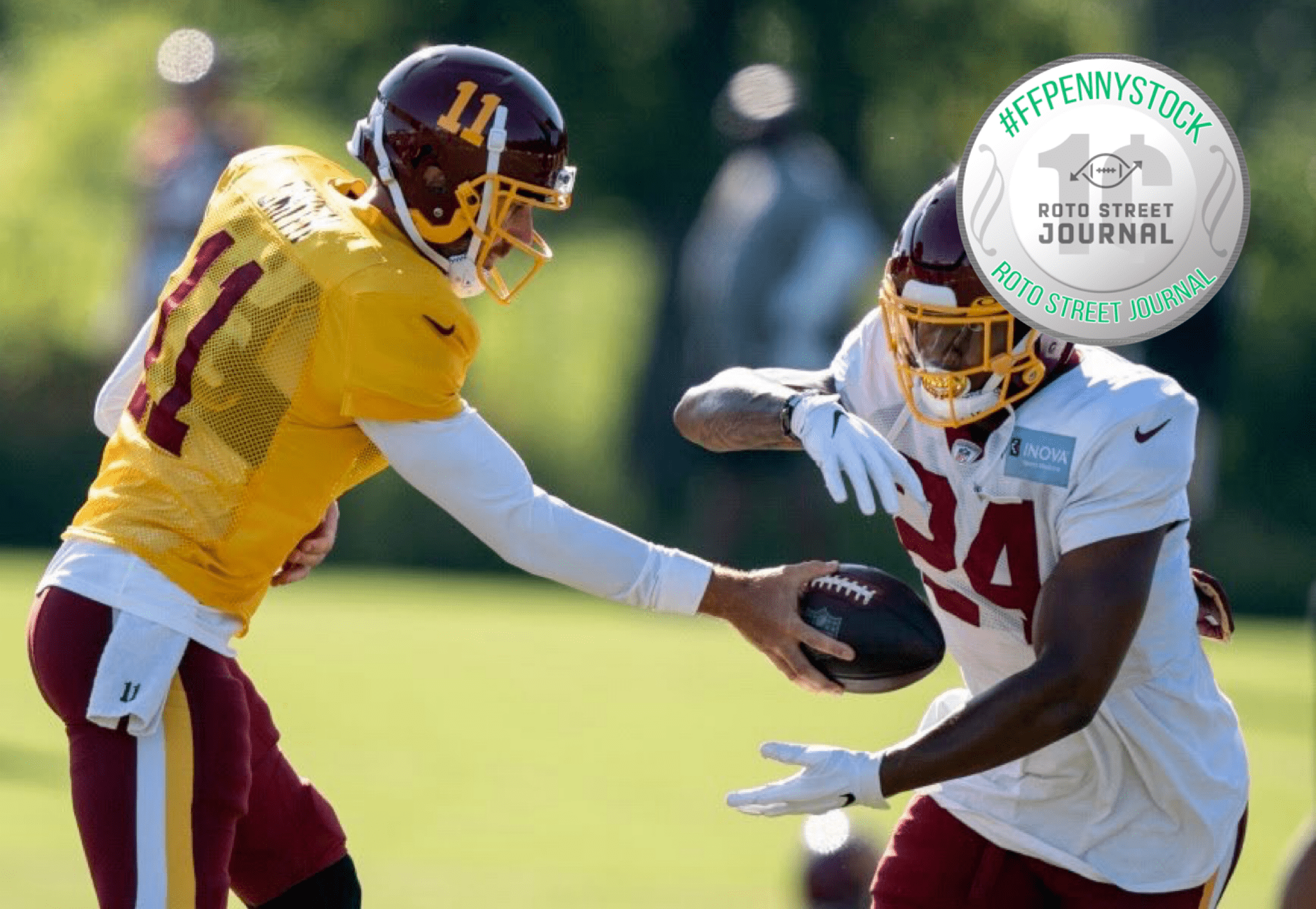 It's early, but Scott Turner is manufacturing touches for the electric rookie, Antonio Gibson.

So far, it looks like he’s carving out a role as the “joker” in OC Scott Turner’s Air Coryell offensive scheme. A short college resumé caused concern about not only his ability to adjust quickly to the pro game, but also his ability to pass protect if in a traditional running back role. To the latter point, Bryce Love looks to be the backup to Adrian Peterson, while Gibson has been seeing plenty of work being motioned around the formation. This would imply that any work Antonio needs in pass protection is less of a priority.

At this point in the offseason, clues to how well players are set to perform once games begin can be hard to sniff out, but Washington Football Team reporter Rhiannon Walker provided a little clarity…

Antonio Gibson taking his first spin with 1s today, second pitch, he cuts it up and finds a lot of daylight up the sideline. When I’ve seen him touch the ball, he finds a way to get big yards even with little space to work with

Peyton Barber sounds like the odd man out behind AD and Love, but will Gibson lose work to JD McKissic, who’s also being utilized similar to Gibson? Another Washington Football Team writer, Peter Hailey, doesn’t seem worried as he reported while observing their practices this week…

Under Scott Turner’s father, Norv, running backs saw an average of 134.9 targets per season, that’s 8.43/game, in Norv’s last 15 years calling plays, and we all saw how Scott facilitated elite-of-the-elite production out of CMC in 2019.

So while the Gibson hype train continues to gain steam, keep this in mind too: the backfield aerial pie didn’t always go to the quick and shifty guy in Norv’s offenses. Jerick McKinnon truthers watched in frustration as plodding fullback Matt Asiata gobbled up the bulk of the pie for the Vikings in 2014, eating 44 receptions on 63 targets. Additionally, Mike Tolbert became another rare fullback to make himself a household name when he ate 54 receptions on 79 targets for the Chargers in 2011.

Every ounce of information will be useful from now until the season begins on the Washington backfield and the wild card that is Gibson.

Antonio Gibson is currently the RB28 (+22 vs ECR) on our 2020 Fantasy Football Big Board and Rankings.