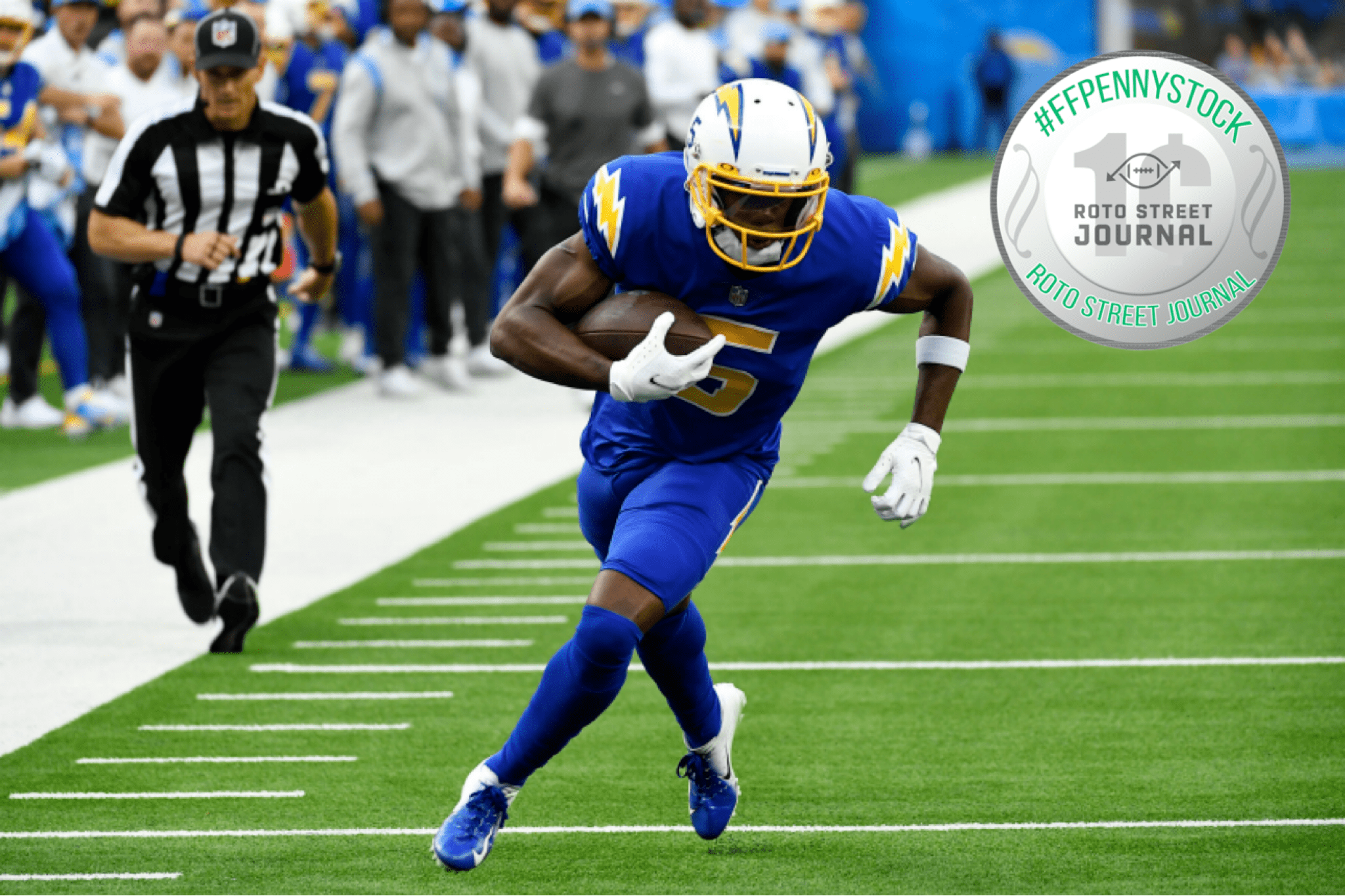 Josh Palmer might have league-winning value as a WR 'handcuff.'

Some would argue that smart fantasy football managers occasionally target high-upside “handcuff running backs.” Players like Alexander Mattison, Tony Pollard, or Darrel Williams, who are one injury away from quality usage in a robust system, can be season-changing investments.

Why don’t we do the same for wide receivers? Answer: we should. The perfect “WR handcuff” to target in 2022 fantasy football leagues is Chargers sophomore, Joshua Palmer.

Recently, Palmer has been drawing buzz for “running reps with the first-team offense” during OTAs. This news already should have us salivating. But just how high is Palmer’s 2022 fantasy ceiling if an injury does strike either Keenan Allen or Mike Williams — two wideouts not especially known for their durability?

Let’s dive in and explore Palmer. A potential fantasy steal at his current Best Ball Mania III ADP (144 OVR, WR66). (click this link to get a 100% first deposit match of up to $100 on Underdog Fantasy.)

WHO IS JOSH PALMER?

Palmer, the 77th overall pick (and 11th WR) in the 2021 draft, didn’t see a ton of burn as a rookie. Yet, whenever he was on the field, he produced. For the season, Palmer ranked in the top 79th percentile of catch rate amongst all receivers in the NFL, according to PFF.

After being drafted, ESPN’s Shelly Smith wrote: “The Chargers got a playmaker in Palmer. He is a big target who was a bit inconsistent (99 receptions for 1,514 yards and seven touchdowns in four seasons) at Tennessee due to erratic QB play. Palmer’s best season came in 2020 when he caught 33 passes for 475 yards and four touchdowns, including a two-touchdown performance against Georgia. His body control is considered the best part of Palmer’s game.”

In his first season with the Chargers, Palmer caught 33 receptions on 49 targets for 353 yards and 4 touchdowns. His longest reception of the year was for 36 yards.

Now that we know who Josh Palmer is and where he is in his career, do we target him in our 2022 fantasy football drafts?

There are many cases to be made as to why we want to target Palmer, but let’s stick to two: He plays for the Chargers and the “upside wins championships” philosophy.

The Chargers passed 59.7 percent of the time in 2021 and 63.8 percent on first down. They went for it on fourth down 34 times last year, the third most of any team. They converted 22 attempts, the highest in the league, with a 64.7 percent conversion rate. On third down, the Chargers converted 100 third downs, the seventh highest in the NFL with a 45.2 percent conversion rate.

So, why all of these statistics?

Fantasy football is about opportunities and Palmer is in an offense with many. Fantasy gold is an offense that can sustain drives on third and 4th downs. Plus, all indications are that Palmer will get plenty of playing time.

Daniel Pepper of The Athletic wrote, “Coaches and teammates have raved about Palmer’s development as he enters Year 2, and I think he will have a firm grasp on the third receiver role by the end of training camp.”

Therefore, Palmer will be on the field in three-wide receiver sets.

I haven’t mentioned that Justin Herbert throws him the football. Last year, Herbert ranked second in passing yards with 5,014, only behind Tom Brady. Herbert is currently 10 to 1 to win MVP for a reason. We want to be invested in the Chargers’ offense for fantasy and Palmer is a cheap piece with upside.

Ah yes, the wonderful word, upside. This mythical word means many different things to many people in the fantasy community. To me, it means players that can outproduce their ADP, win me a week, and potentially win me a tournament or season.

If Allen or Williams miss extended time this season, Palmer will outperform his ADP and potentially be a league winner.

A Big Pie…But Lots of Mouths to Feed

The two main reasons against a Palmer breakout are target competition and not being a consistent option without an injury to another starter.

Last year, Allen had 157 targets, Mike Williams had 129, Austin Ekeler had 94, and Jared Cook had 83. Meanwhile, Palmer only had 49 targets. Cook is gone, but Gerald Everett is an upgrade at tight end. Therefore, Palmer is going to battle for target share. If fantasy is all about opportunity, then there isn’t much opportunity for Palmer if everything remains the same.

Plus, if the Chargers want to use speed in three-wide receiver sets, Palmer may lose opportunities to Jalen Guyton. Guyton’s 4.39 speed may be an element of the offense that the Chargers want to utilize. Palmer ran a 4.52 40-yard dash, which isn’t slow, but it is undoubtedly not a burner like Guyton.

Another reason to fade Palmer is that at this point, he is not a trustworthy or usable asset without an injury. Confidently putting Palmer into your lineup will be challenging if all the Chargers’ skill position players are healthy. So, Palmer will be clogging up your bench with a player you can’t use, trade, and won’t want to drop because of the fear of missing out. In other words, fantasy hell.

Palmer is being drafted around receivers like Devante Parker, Van Jefferson, K.J. Osborn, and Jalen Tolbert. He is being drafted behind receivers like Jarvis Landry, Jakobi Meyers, and Jamison Crowder. All of these wide receivers have more week-to-week stability compared to Palmer. That is not to mention the other positions drafted around him with weekly viability, such as running back Michael Carter and tight end Albert Okwuegbunam.

Yes, it’s a crowded pie, and there are more stable players, but remember, we are swinging for the fences.

We’ve looked at both sides of the Josh Palmer story heading into the 2022 fantasy football season, and now we demand a verdict! As is true of so many things in life, it depends. If you want stability, fade. If you want a player with an immense ceiling in the 12th round and beyond, look no further than Josh Palmer- who is currently The Wolf’s WR64 on his 2022 Fantasy Rankings.

Some fantasy players want steady performers like Jakobi Meyers, who can come off your bench in a pinch and produce solid PPR numbers for your team. Some want a guy on their bench who can produce high-end startable numbers if everything breaks right. We all select handcuff running backs that don’t possess high-end value unless the starter goes down. Why not use the same philosophy with a receiver?

Having a player that is an injury away from getting high-volume targets on a high-powered pass offense is all we can ask for on our bench. Keenan Allen and Mike Williams have notoriously missed time, so you may get multiple weeks of a high-producing flex or low-end WR2. If Allen or Williams misses an extended period, then we are talking about a top 25 wide receiver you drafted in the 12th round.

Palmer is one of my favorite late-round targets, evidenced by my 42 percent ownership of him in the BBM3. I also have him on one of the two teams I drafted in the FFPC this year.

As Ricky Bobby’s dad famously said, “if you ain’t first, you’re last.” That is a lesson to learn in fantasy; we need to play to win rather than hold on and not lose. In the BBM3 tournament, first place gets $2 million, and 11th place gets $10K. Let’s not bat an eye at $10K, but first place needs to be our goal in our home leagues, best balls, or daily fantasy tournaments. Embracing risk and taking ceiling players like Palmer will help us bring home the cash. 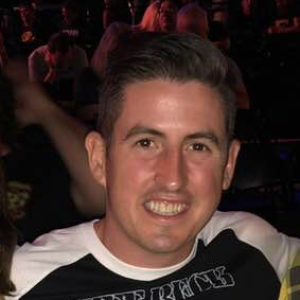 I'm a fantasy football fanatic that is a truth seeker and grateful to be here. DM me, and I will get back to you as soon as possible.
All Posts
Facebook
Twitter
Pinterest
LinkedIn