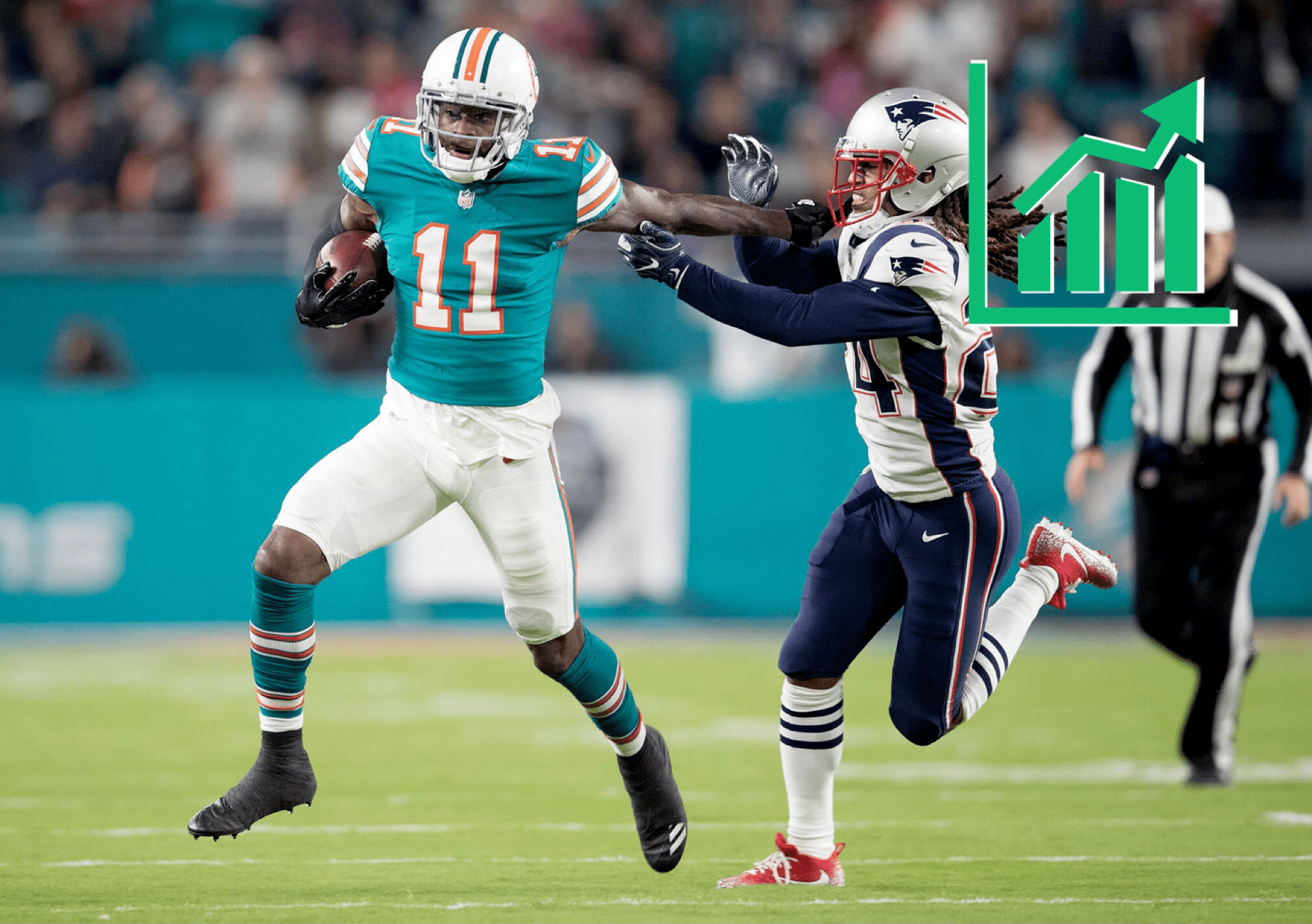 After doing mostly nothing during the off-season, the New England Patriots finally made a quality addition to their offense when they sent a 2023 third-round pick to their division rival for DeVante Parker. Is Parker the bonafide WR1 that Mac Jones and Patriots fans have needed and wanted? No, he isn’t. But, he’s a perfect, physical complement to the Patriots’ stable of receivers who are all good or above-average in their respective roles.

Parker is not the type of player to bust open Jones’ fantasy outlook, but he could be a viable late-round fantasy pick as the team’s de-facto WR1. Furthermore, he could be the attention-seeking wideout that Jones and the rest of the Patriots’ playmakers need on the perimeter.

It’s clear Parker was the odd-man-out in Miami after the team acquired Tyreek Hill from the Chiefs in late March. He was not only behind Jaylen Waddle on the depth chart, but he was now the third or even fourth option on Tua Tagovailoa’s target totem pole.

After forcing himself to New England, Parker instantly becomes Mac Jones’ lone physical downfield threat. He’ll for sure see a significant target share bump and will likely be second on Mac’s target totem pole behind Jakobi Meyers. With the Patriots doing away with the fullback position, expect the team to air out the ball more. It would make sense to expect a pass-heavier attack in New England than the Dolphins’ offense under Mike McDaniels.

Freeing Parker from the Miami depth chart should open up more touchdowns for the former first-rounder as Jones’ second red zone option behind Hunter Henry. As a result, Parker has jumped from WR80 on Underdog Fantasy to WR65. He checks in at WR52 (-5 vs ECR) on The Wolf’s 2022 Fantasy Rankings — one spot behind Meyers.

From a Patriots’ standpoint, the Parker addition will negatively impact Nelson Agholor and Kendrick Bourne. Neither player was highly coveted entering this off-season, but both should see a slight decrease in targets due to Parker’s presence. Agholor, especially, should take the greatest hit, as he and Parker are both vertical threats. Meyers should not be affected much, if at all, due to him owning the important slot role. Barring any more changes, I would still expect Meyers to lead the team in targets.

From a Dolphins’ standpoint, the greatest riser is newcomer Cedrick Wilson. The former Cowboy will now be locked into the WR3 role behind Hill and Waddle. Wilson will be the clear third or fourth option in the passing offense, but he will see a ton of snaps in three-receiver sets and is now a viable late-round fantasy flier. Hill and Waddle remain untouched due to the fact they always would be WR1 and WR2 or even WR1A and WR1B.

This is a trade that will likely impact real football more than fantasy football. Jones finally has a physical receiver on the perimeter, something that N’Keal Harry has failed to do. The Patriots now have a clear receiver depth chart, but it might not hold great significance on the fantasy field.

Check out The Wolf’s 2022 Fantasy Football Rankings to see where all the pieces line up after yet another trade.