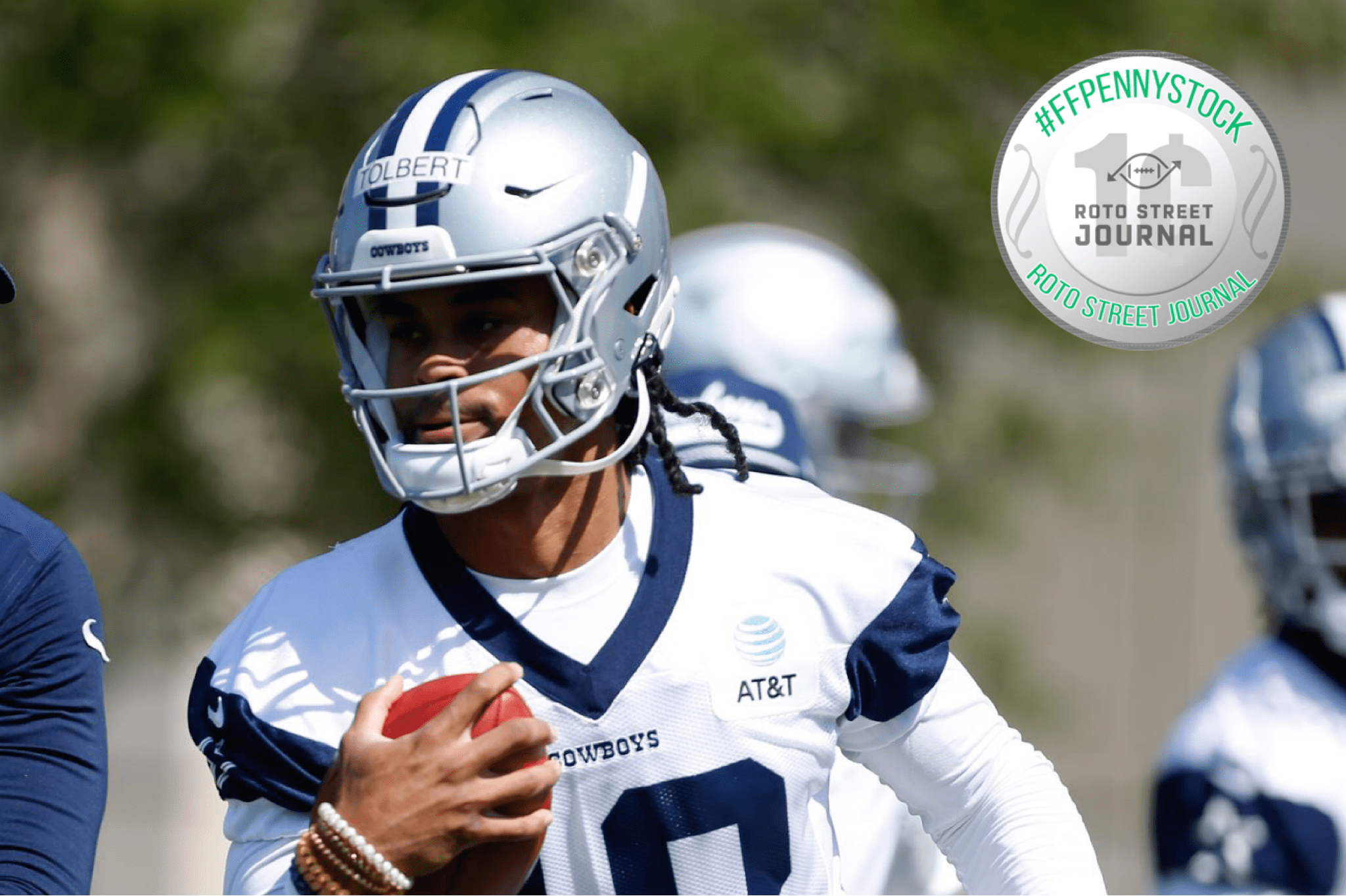 Jalen Tolbert could make early noise in the Cowboys offense.

The Cowboys dealt Amari Cooper to Cleveland and let Cedrick Wilson take his talents to Miami, leaving CeeDee Lamb, Michael Gallup, and a number of question marks available at receiver this season. But with Gallup still recovering from his January 2 ACL tear, Noah Brown, James Washington, and rookie Jalen Tolbert will be forced into early action — with the latter two likely in line for Week 1 starting duties.

“He [Tolbert] looked pretty good working with the first team at the end of minicamp,” wrote Jon Machota of The Athletic. “He has the ability to play on the outside and inside. He could also end up being the team’s new punt returner.

“With Michael Gallup unlikely to be ready for the beginning of the season, Tolbert is expected to start Week 1. It’ll be interesting to see him go against Diggs, Brown and Lewis every day in California.”

WHAT TOLBERT BRINGS TO THE COWBOYS’ OFFENSE

The best draft guy in the biz, Dane Brugler, had this to say about Tolbert:

A three-year starter at South Alabama, Tolbert was the X receiver in offensive coordinator Major Applewhite’s offense and lined up across the formation (unlike his underclassman tape). After bypassing scholarship offers from Power 5 programs to stay close to home, he became the most prolific receiver in South Alabama history, including the first player in school history to reach 1,000 receiving yards in a season (he did it twice). Aside from the occasional focus drop, Tolbert shows impressive catch-point timing and adjustment skills. Although he doesn’t have elite top-end speed, he has fluid footwork and uses slight hesitation in his route breaks so he can mash the gas and create pockets of separation. Overall, Tolbert needs to tighten up a few areas of his game, but he has NFL starting traits with his ability to track deep or sink and work back to the football.

Even though Tolbert missed some practices due to a hamstring injury during minicamp, he made a very important first impression with his quarterback.

“He’s a smart guy,” said Dak Prescott. “He wants to grow. He’s always talking to me about film and what I saw.”

He also traveled with Prescott, Lamb, Dalton Schultz, and Ezekiel Elliott to The U to train in early July. Receiving that lofty invitation proves the type of expectation that Prescott and Kellen Moore have for the rookie to make an instantaneous impact in the wake of Gallup’s recovery.

“He’s awesome,” Moore said of Tolbert. “I think he works his tail off. I think you can tell how prepared he is and how detailed he wants to be. I think he’s going to be a really good addition for us.”

If he continues to impress, then he has season-long starter upside in one of the league’s most explosive offenses and he’ll get to catch balls from a quarterback who can easily make more than two pass-catchers fantasy-relevant.

It’s unlikely that Tolbert will continue to start over Gallup once he returns, but with the veteran’s knee surgery being delayed until February, there’s a chance he lands on PUP. If Tolbert can gain Dak’s trust during camp and during his time as a starter, then Moore will find a way to keep the rookie on the field as the team’s WR3.

The Wolf is already higher on Tolbert than the experts, slotting him at WR72 (+28 vs ECR!!) on his 2022 Fantasy Rankings. He’s currently going off the board at 150 overall on Underdog Fantasy Best Ball drafts.