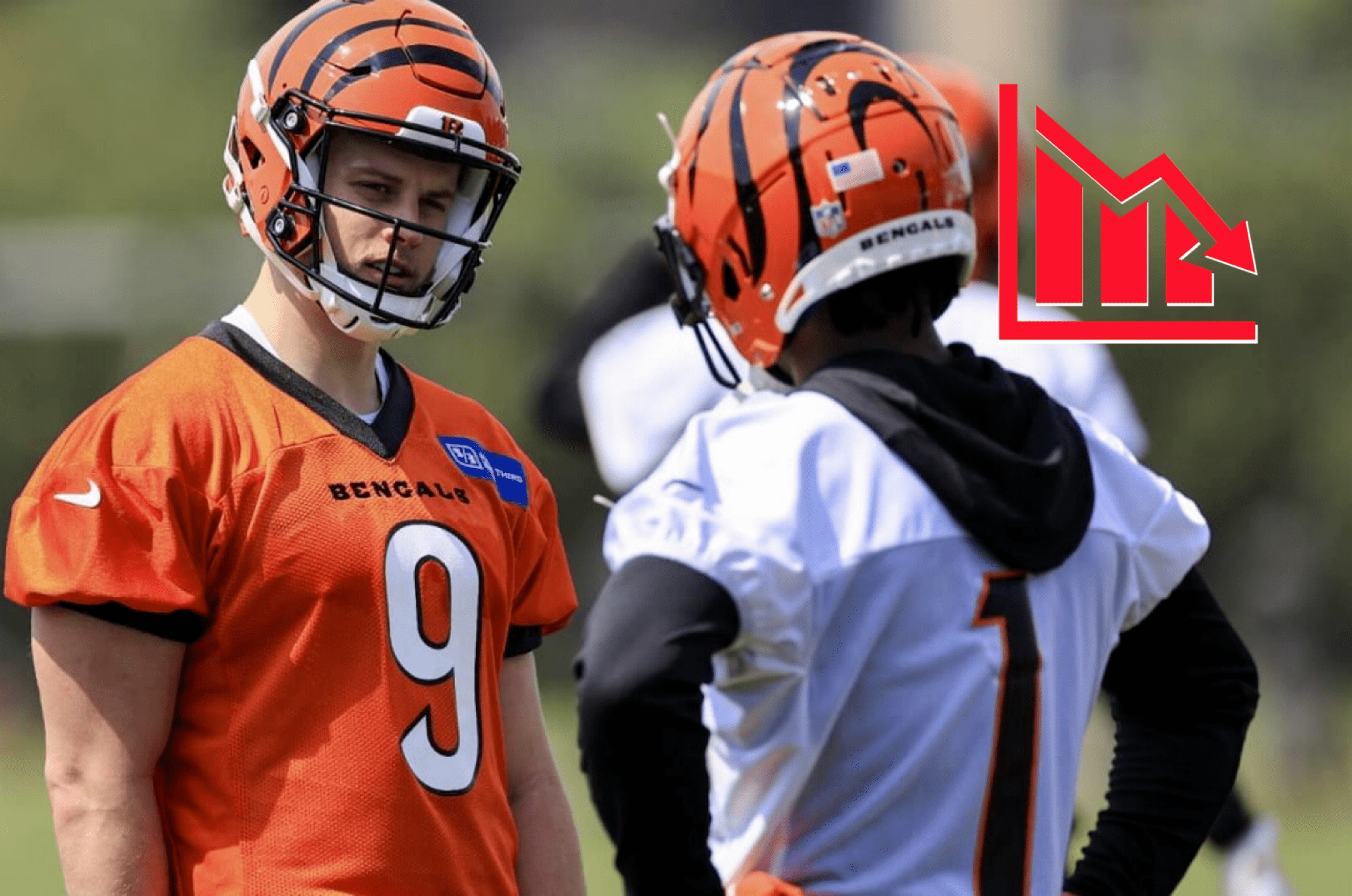 Joe Burrow and Ja'Marr Chase are trying to knock off the rust during training camp.

Joe Burrow’s terrific rookie season ended in December after suffering season-ending ACL and MCL tears. Following months of intense rehab, Burrow surprisingly participated and looked good during OTAs, which soared his fantasy stock. Even better, the Bengals selected Burrow’s former alpha WR at LSU, Ja’Marr Chase in the first round to give a boost to his loaded weaponry cabinet. 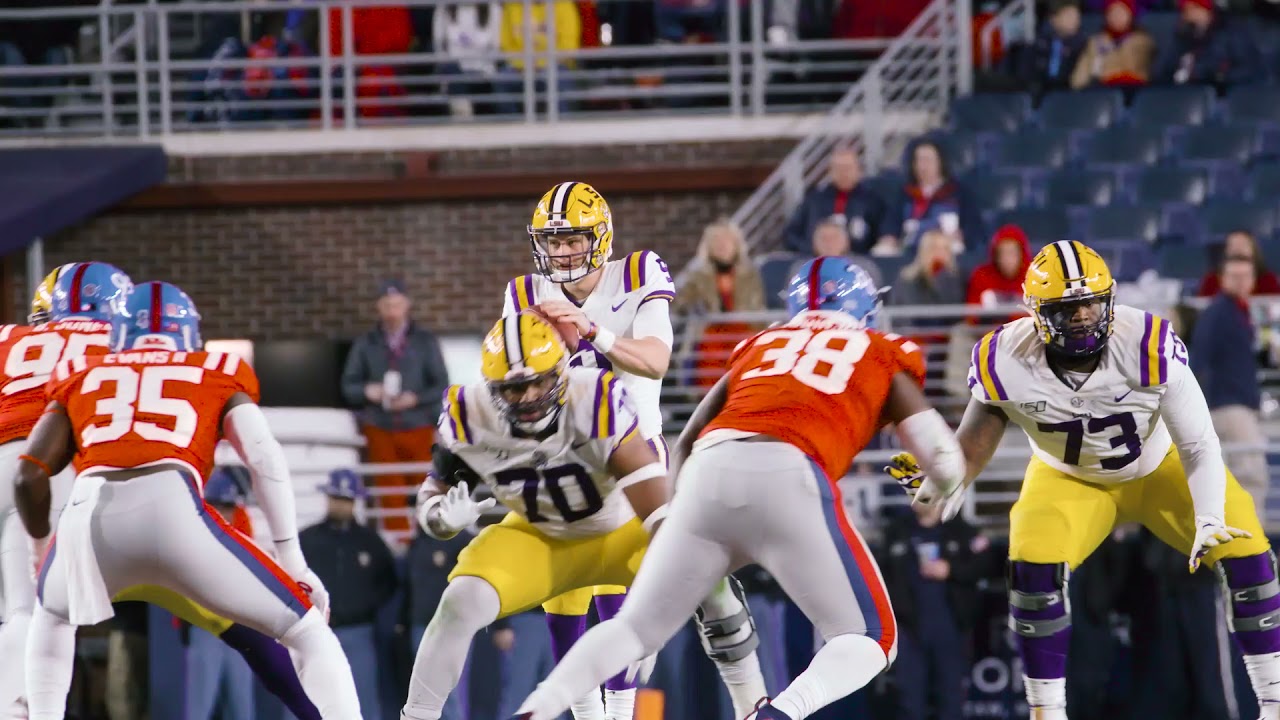 Without pads on during OTAs, the two started right where they left off in Baton Rouge.

“We can look at each other and already know what we’re thinking,” said Chase, who said the connection reignited during OTAs. “I just knew it. I just know sometimes. I had a feeling.”

It was almost like it was too good to be true during OTAs because once the pads went on during training camp, Burrow looked like a timid quarterback coming off a serious knee injury and Chase resembled a receiver who opted out of the entire 2020 college football season.

The Bengals below-average defense dominated the team’s high-powered offense during the Bengals’ first week of camp. Burrow and the passing offense hit their low point during one practice period when the second-year quarterback completed just 5 of 12 throws and tossed an interception.

Burrow said the knee is nearing 100 percent, but he said the struggles stem from mental blocks in his head. He said he’s focusing on defenders near his feet and the ensuing pass rush.

“It’s frustrating right now, more so just not feeling like myself,” Burrow said. “I know I’ve put the work in to make my knee feel good, make my body ready for the season. It’s just now trusting my abilities, trusting my work, trusting everything.”

Here's Bengals QBJoe Burrow talking about his level of frustration at this point in camp and how to fix things (via @Bengals) pic.twitter.com/mFxajtf5MH

Burrow told the coaching staff to surround the pocket with coaching personnel to enhance his pocket presence to beat the mental block.

“Joe actually had asked for it,” said Bengals OC Brian Callahan. “He just said he needs more reps of being around people in the pocket so he asked if we could do that, I said ‘no problem, we’ll figure it out.’”

According to The Athletic, Bengals QB coach Dan Pitcher were seen throwing, rolling, and bouncing a stabilizing ball at the quarterback. Callahan was also seen running around Burrow during mobility drills.

Every rep Joe Burrow takes, even in this basic drill, QBs coach Dan Pitcher or OC Brian Callahan slide up next to him or get in the vicinity of the knee as he works on pocket comfort. pic.twitter.com/cRPbOSwlXn

“Right now it’s just putting the mental and physical together, getting my feet back under me in the pocket with people around me,” Burrow said. “That’s the last step for me, get my pocket presence back and understand when I’m pressured and when I’m not. Just getting that whole feeling back that I’ve been really good at for a long time.”

Callahan agreed that while Burrow is not there yet mentally, he should get there by Week 1.

“That’s the ability to stand back there in the pocket against a live rush and feel like you don’t ever have to think about, and we’re not there yet,” Callahan said. “That’s expected, to be honest with you. I don’t know if Joe expected it, but I’ve seen enough guys with injuries coming back that it takes some time to get comfortable again and get confidence back without thinking about anything other than doing your job at an elite level.

“I’m sure that’s definitely a part of all of that, and the only way to get better and more confident is just to keep going out there and getting back behind the pocket and playing football,” he continued. “I’ve got no worries about that. I think Joe will be where he needs to be by the time he needs to be there, and that’s come the second weekend in September.”

There’s no denying Chase’s high floor once he’s up to speed with the pro game. However, he looks like a player who decided to opt out of the entire 2020 season, according to The Athletic’s Paul Dehner Jr.

A thought existed that Chase could walk on to the Paul Brown Stadium practice fields and dominate from the first snap. His skill set is that unique. You see flashes of that early, but you also see somebody tentatively getting used to a new offense, new league and not playing football since January 2020. He has endured a string of drops, on short and long passes, with another coming Sunday.

He has not shown as much separation as you’d hope, and the contested balls haven’t gone his way much, either. This is absolutely not to say he won’t start picking that up with more reps over the next month. He’s working after practice every day and, by all accounts, taking it seriously, and his skills and history are too impressive to think he won’t find a groove once he starts playing off instincts instead of constantly having to think about what he’s doing every play. Most of this is all part of being a rookie receiver and improving as you go. But after 10 practices, Chase is clearly still fighting the rookie learning curve.

While that nugget is somewhat alarming, Chase is an all-world talent who dominated the SEC at historic levels and deserved the No. 5 overall pick. At the end of the day, he has one of the most elite athletic and dominator profiles in the history of the game and should figure it out. It’s just a matter of when and not if.

Let’s hope the decision to select Burrow’s former teammate over a franchise left tackle won’t come back to bite the Bengals. But with that pick now in the past, the focus has shifted toward the two former LSU studs and their abilities to shake off the rust.

“I think it’s the whole unit right now,” Zac Taylor said of the offensive struggles. “We’re just getting a feel for each other. You know, you’d like to be throwing touchdowns on every play right now, but we’ve got some progress to be made, but there’s no cause for panic for any reason for that. We’ve still got 39 days before our first game. We’ve got a lot of practices left to be had. I’m excited because we know we can continue to get better and be more detailed, and that’s gonna come.”

The Wolf is aligned with the experts on Joe Burrow (QB13) and higher than the experts on Ja’Marr Chase (WR19) on his 2021 Fantasy Football Rankings & Big Board. Right now, both still possess tremendous fantasy upside at their current ADPs.