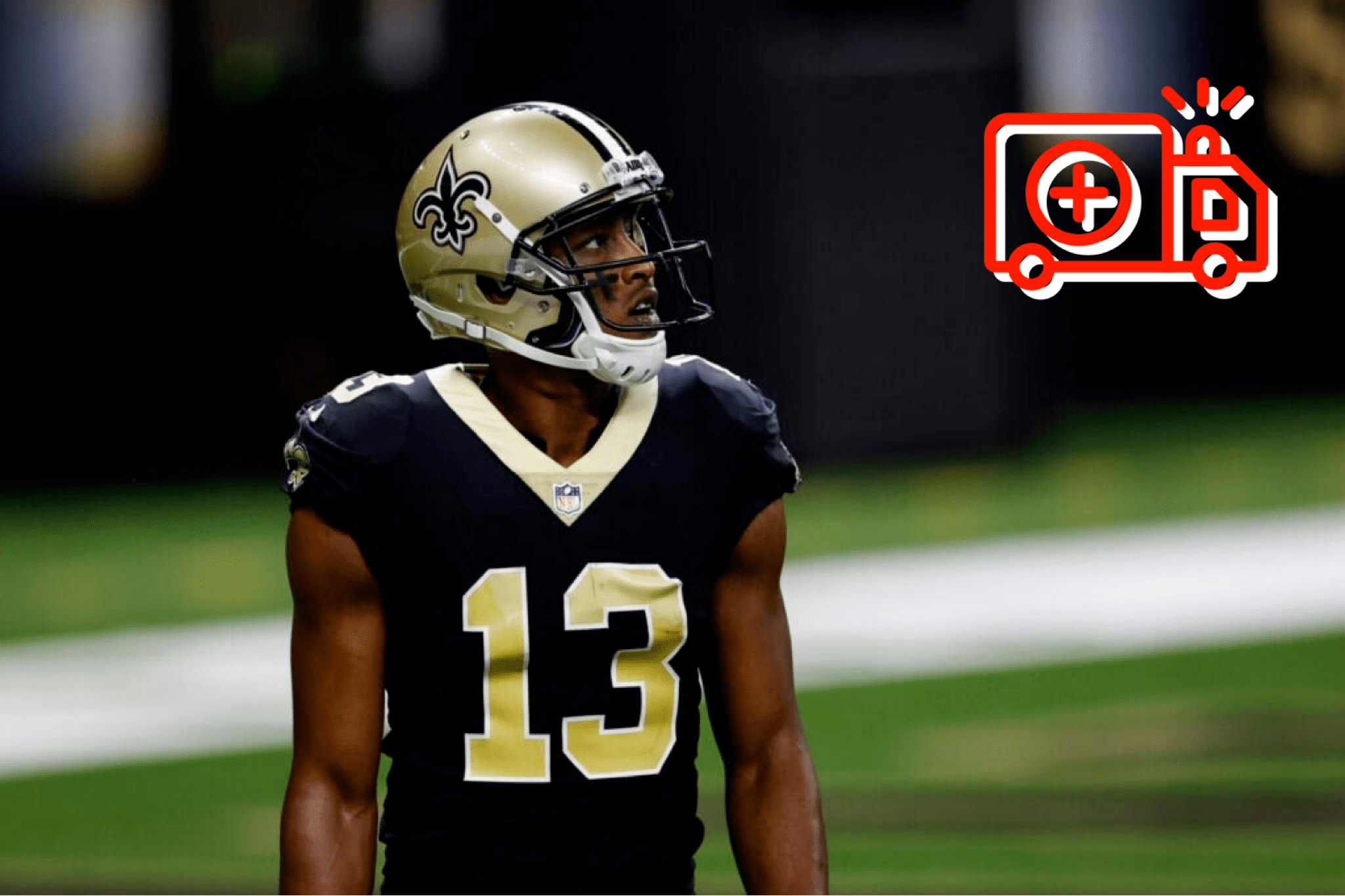 Training Camp hasn’t even begun and another critical fantasy weapon is set to miss time. On Friday morning, Ian Rapoport reported Michael Thomas is expected to miss the beginning of the season after undergoing surgery to repair the ankle ligaments that derailed his 2020 season.

Due to the 2020 Week 1 ankle injury, last year marked Thomas’ first season under the 1,000-yard receiving plateau. With Thomas potentially missing the first six or more games, it is setting up to be another sub-1k season for the wideout who shattered the single-season reception record (149) in 2019.

Without knowing exactly how long Thomas will be sidelined, it is tough to gauge his 2021 fantasy outlook. Even if Thomas returned after the Week 6 bye week, it would take some time to get integrated into the new-look Saints offense. Thomas’ upside is always monstrous, but right now he’s a fade in drafts, especially with the depth at wide receiver.

Considering Sean Payton wanted no part of adding a wideout during the last two WR-heavy NFL drafts, the Saints are shit out of luck without Thomas in the lineup. The winner of the Jameis Winston–Taysom Hill quarterback battle will throw to Tre’Quan Smith, Marquez Callaway, Deonte Harris, Adam Trautman, and a handful of no-names.

We're seeing the effects of the offseason cap squeeze. It was never about the high-end players. It was about the depth, and then what happens when things occur. Many questions to answer as camp is six days away.

This leads me to believe the QB job is now Hill’s to lose and Payton will roll with a ground-heavy attack featuring Hill, Alvin Kamara, and Latavius Murray. Payton isn’t going to trust Winston, who is coming off a 30 interception season in 2019, to force passes to a group of below-average wideouts.

While I’m the President of the Taysom Hill Hater fan club, I have to admit he 100 percent exceeded my expectations as the Saints’ starting quarterback in 2020.

From both a real-life and fantasy perspective, Hill won games for the Saints and for his fantasy owners. He surprisingly completed over 72 percent of his passes in three of his four starts and accounted for eight total touchdowns during those four games. He also averaged over 20 fantasy points per game during that starting stretch.

However, Hill winning the job would be bad news for Alvin Kamara’s 2021 fantasy outlook.

Once a candidate for 2020 Fantasy MVP, Kamara fell off a cliff when Taysom was named the starter.

In the first game without Brees, Kamara put up a paltry 10.50 half PPR points and then followed it up with a pathetic 5.70 fantasy points in the next game. Although he sort of recovered with 16.70 and 18.90 outings over the last two games, he was never the bonafide cheat-code that he was with Brees under center.

But who else will Hill even have to throw to?

On the other hand, Murray could be a solid late-round sleeper with Payton likely to lean on the run game. The Saints proved in the past they could make two running backs viable fantasy prospects at once and it could happen again in 2021. Murray’s current ADP is RB45, behind the likes of Devin Singletary, Tony Pollard, and Nyheim Hines.

With Emmanuel Sanders now in Buffalo, Tre’Quan, Callaway, Harris, and Trautman are four players who will be forced to step up in Thomas’ absence. Harris, especially, will become a promising late-round fantasy dart throw after snagging 28 balls for 268 yards and a score. Also, don’t forget about his 7-83 stat line against the Bears in the playoffs last season.

Trautman will likely gain the most from Thomas’ vacancy after the team cut Jared Cook and Josh Hill. He has soft hands (94 percent catch rate) and is a monster in the run game — meaning he’ll play all three-downs.

The Saints utilized three tight ends pretty evenly in 2020. Cook registered 466 snaps, Trautman was on the field for 393 snaps, and Josh Hill finished third with 359 snaps. Thus, that leaves roughly 825 snaps between Trautman and Nick Vannett to share in 2021.

Trautman came out of Dayton as one of the most polished pass-catchers at his position. He recorded 2,295 yards and 31 touchdowns on 178 receptions during his four years as a Flyer. At 6-foot-5, 255 lbs, he ranks in the 95th percentile in agility and the 82nd percentile in catch radius, which will be needed with Hill or Winston throwing him the rock.

One would expect the Saints to bring in a few veterans to work out, but as always, there will be a number of cuts or trade options out there, such as former first-rounder N’Keal Harry, who wants out of New England.

Prior to this news, The Wolf was four spots higher than the ECR on Thomas at WR8. Now, who the hell knows where Thomas will land on the next Big Board update.

P.S. If you like money, drop the hammer on Saints UNDER 9 wins.

Michael Thomas will miss the start of the season. David Onyemata is suspended 6 games, & Marshon Lattimore could also be suspended from his March arrest.