Fantasy Football Week 15 Sit/Start: A Song of Ice and Fire 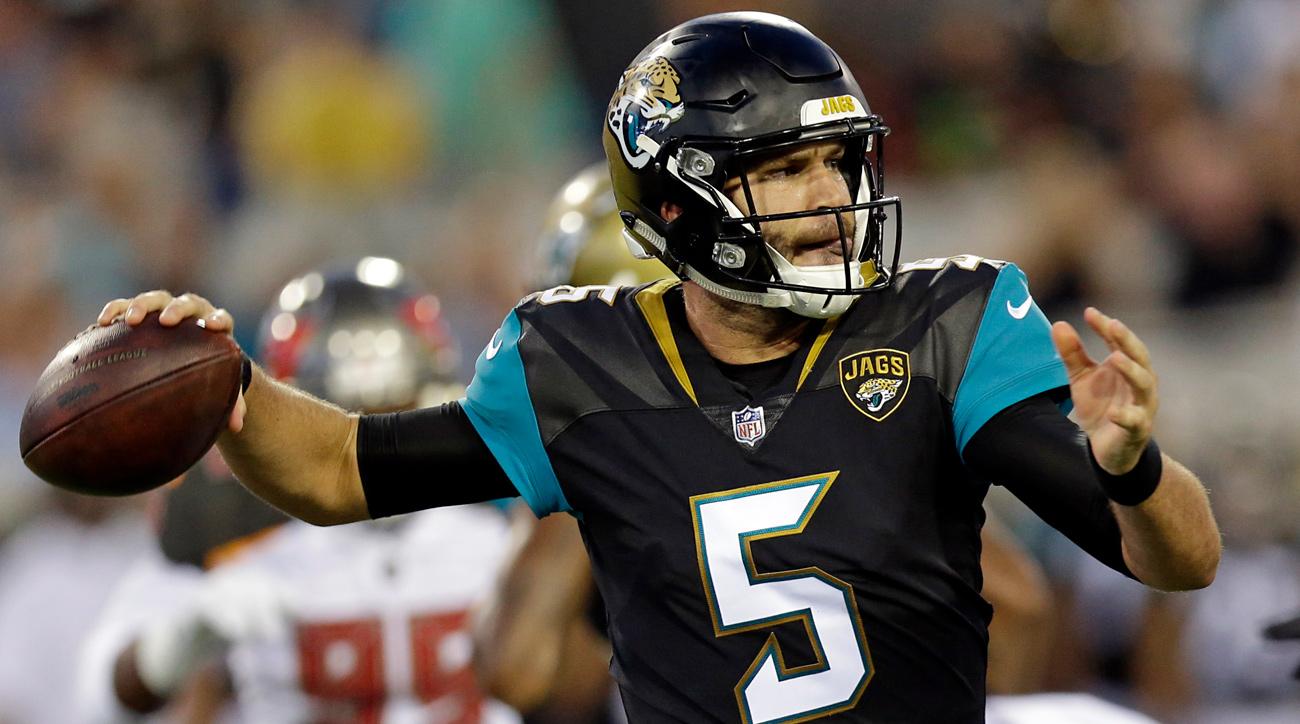 Week 15 is time to start Jaggin' off as several Jacksonville players are in prime spots.

Week 14 saw some key hits in the receiver department along with the RBs. While some injury recoveries thwarted other plans, and some suggested sits turned out to not be so bad after all. See what we have on hand for our Week 15 sit and starts.

Watch out folks, Blake Bortles and the Jaguars offense is hot right now. The Jags are rolling and Bortles isn’t turning the ball over, often resulting in winning games. He’s been a reliable fantasy QB in three straight games, and that won’t be stopping this week as the Jags welcome the Texans to sunny Florida. The emergence of both rookies Dede Westbrook and Keelan Cole gives Bortles more weapons to work with and raises his ceiling up a bit higher.

In a game that’s likely to be a shootout, there are a lot of opportunities for points and success from both sides of the ball. Davis had a high usage rate in Seattle’s backfield with a comfortable grip as the team’s lead back. Luckily for Davis, the Rams have struggled mightily against the run game, creating a nice opportunity for Davis to exploit their weakness.

The Irish step dancing sensation has been high stepping his way through defensive fronts the past couple games and looks like the complete back the Ravens have been searching for. His talent is undeniable and with a healthy number of touches he seemingly has been producing with flying colors. The red hot Ravens travel to Cleveland this week where I don’t see them needing to be airing it out in a shootout. Gamescript fits nicely for Collins in Week 15.

Goodwin saw his numbers jump in Garoppolo’s second start of the season in a win over the Texans. The lead receiver went for 6 catches and 106 yards on 12 targets as the rapport is seemingly there. The Texans represented a solid matchup for the 49ers, and now they face the Titans in a home game. It’s another desirable spot for Goodwin to post solid numbers and he should continue that trend this week.

Four games into his 2017 rookie season and Dede finally recorded his first touchdown. The encouraging stat so far for Dede was that he recorded double digit points in three straight games thanks to a high target volume in the rising offense. The Jaguars take on Houston this week, as we saw previous start Marquise Goodwin have great success against that secondary. Dede should be following suit.

Rudolph has scored in three straight showcasing himself as the best red zone option for Minnesota. The Vikings welcome the Bengals to town and find themselves as double digit favorites in this one. The Vikings should be able to move the ball relatively easily and down into Rudolph’s area of expertise.

While Goff has been playing very well as of late, a tough matchup on the road in Seattle could be more negative to your fantasy playoff chances. Granted, Blake Bortles looked really good against them, but that was in Jacksonville. I find it a little harder to trust Goff this week if you have other options.

This game spells doom for the Texans being led by TJ Yates against the best defense in the league in Jacksonville. I’d expect to see a handful of defenders in the box for an offense that will probably struggle to push the ball down the field.

Joe Mixon is targeting this week for his return, and in the event that he does so, Bernard’s value takes a massive hit. Even if Mixon isn’t able to suit up, the matchup in Minnesota is very much less than ideal and could put a serious cap on what the Bengals offense can do.

Not sure I feel entirely comfortable labeling one of the NFL’s elite talents as a sit, but it’s just not adding up for Hopkins in this spot. He’s got TJ Yates at QB and is facing off with the Jaguars secondary. He did go off for 7-55-1 the last matchup with an absurd 15 targets, and you likely aren’t going to sit him unless you have some serious WR depth. I’m just saying, it’s something to think about.

Watkins has been a boom/bust guy for the Rams this season, and a game in Seattle spells bust much more than it does boom. We see Goff’s obvious chemistry and connection with Cooper Kupp who should make use of the middle of the field, but I find it difficult for Watkins to find production deep and in the end zone.

Last week’s “start” really flamed out as Hopkins just feasted on the defense. Now you thrust Anderson into a matchup with the Jaguars defense, and everyone who scrambled to pick him up off waivers last week is likely to put him either right back there or to the bench for Sunday.