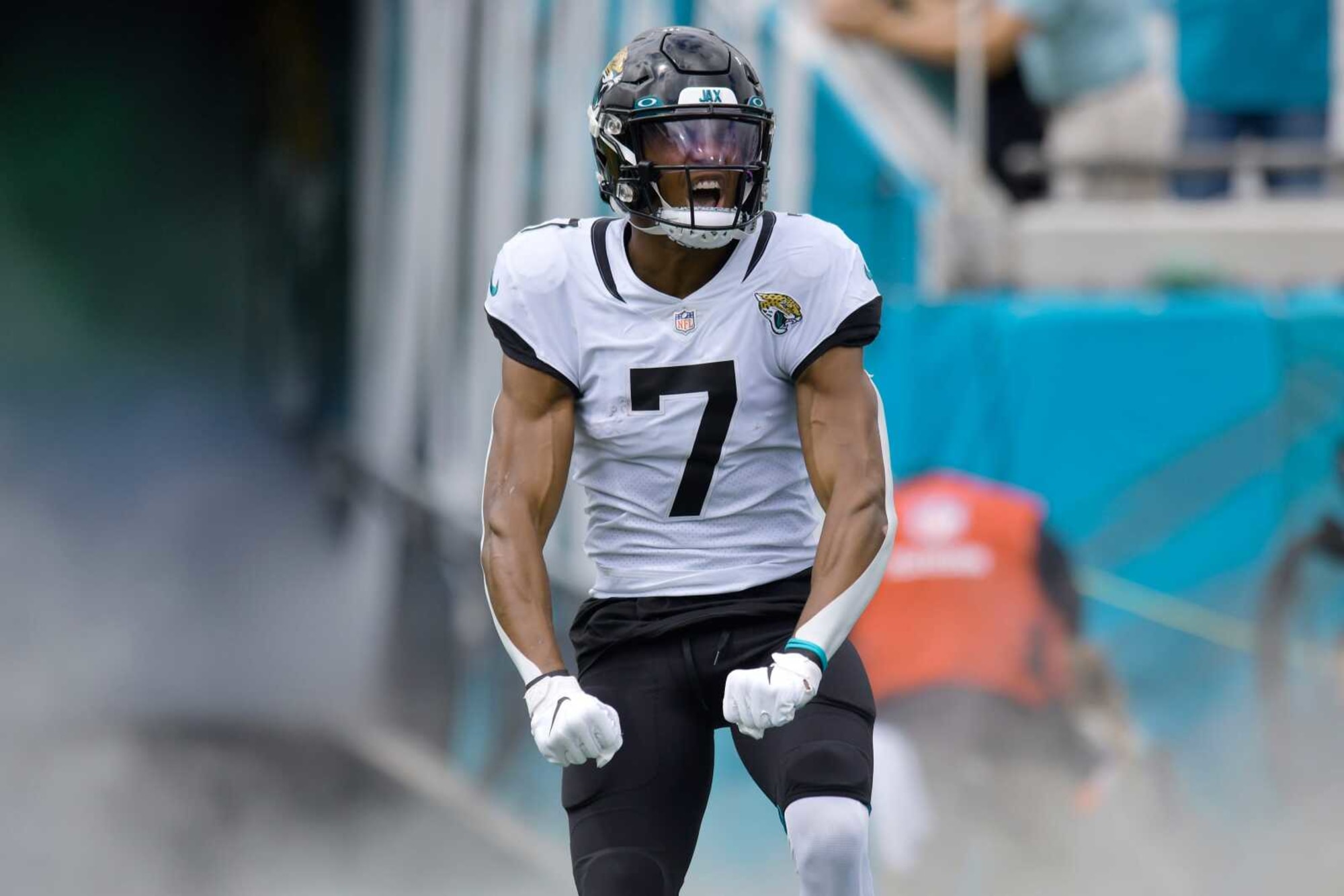 There's still some talent remaining on the waiver wire.

Welcome to the fantasy football Week 15 waiver wire pickups where we give you the players to start right away, stash at the end of your bench, or stream for a week or two.

Let’s look back at Week 14 and examine the future prospects for the Week 15 waiver wire. Also, check out our top RB handcuffs to stash for the fantasy playoffs.

Note: Roster % based on Yahoo leagues and should hover around 50% or less

A red-hot Trevor Lawrence has brought Zay Jones‘ stock back from the dead. This Jaguars’ passing game is humming right now, and Jones has been its greatest beneficiary. He had eight catches for 77 yards and a score on 12 targets in Week 14. While he does have two tougher matchups in the Cowboys (are they still tough after getting thrashed by the Texans?) and the Jets in the next two weeks, Jones would line up with the Texans for the fantasy championship week.

Another receiver in an offense that’s surging at the moment, DJ Chark has returned to be a stud alongside Amon-Ra St Brown in the Lions’ passing game. Operating as the WR2 on the team, Chark is in there on 86% of routes and finished the game with 6-94-1 on seven targets. Ride this hot hand into the fantasy playoffs.

The rookie from Tennessee has worked his way into an offensive threat for a lacking Titans passing attack. Chigoziem Okonkwo (let me check my spelling here), has seen an increased role in the offense and finally hit pay dirt this week with a 6-45-1 line. The Titans have struggled to pass the ball and with Treylon Burks dealing with his concussion, Okonkwo has earned a more prominent role moving forward. You could do worse at the tight end spot.

With the bloodbath that was Monday Night Football currently wrapping up, the Patriots lost Rhamondre Stevenson to an ankle injury that some injury experts say could be a dreaded high-ankle sprain. Rookies Kevin Harris (1% rostered) and Pierre Strong (1%) both looked solid in his place, but it could be Damien Harris’ backfield next week if he returns from his own injury. It appears Harris owners gave up on him as he currently sits on waivers in 50% of leagues, making him a valuable handcuff and potential Week 15 workhorse. If Harris and Stevenson can’t go next week, then Harris and Strong would both have streamability against Josh McDaniels’ Raiders.

What a game we just saw on Thursday night. With Baker Mayfield at QB, there were signs of life for Rams receivers like Ben Skowronek, who finished with seven catches for 89 yards on eight targets. Mayfield can move the ball and with McVay at the helm, there’s a good chance this offense won’t fade into the abyss of irrelevance. Skowronek plays a high percentage of snaps and has moved up the totem pole with Cooper Kupp sidelined.

Playing his highest percentage of snaps since Week 4, Elijah Moore benefitted from the injury to Corey Davis, which left him on the field as WR2 behind Garrett Wilson. Moore turned that into six catches for 60 yards on a season-high 10 targets. Moore seems to be trending up in New York’s passing game, which has an absolute mouth-watering end to their schedule with the Lions, Jaguars, and Seahawks coming up. Let’s pray Mike White can play those three games.

Gus Edwards took a backseat to JK Dobbins on Sunday, but he still carried the ball 13 times for 66 yards against the Steelers. Even though there’s a gross committee in Baltimore, Edwards is a top handcuff and is still a 1B rather than a true backup. He’s not the worst flex option if you’re looking for a running back flier.

The ultimate boom-or-bust guy. Jameson Williams oozes in upside as shown by his 41-yard touchdown catch this week. However, he only had a 19% snap rate with two total targets. He’s clearly being eased back into this ascending offense after coming off an ACL injury, but he could make some noise over the final few games. His talent and upside are tantalizing.

Chuba Hubbard has 31 carries over his last two games, which is incredible considering D’Onta Foreman looked like he’d be a solid rest-of-season starter in Carolina. Hubbard put up nearly 20 fantasy points in the team’s shootout win over Seattle and gets Pittsburgh, Detroit, and Tampa to close out the fantasy season. I don’t love Hubbard as a talent, but Carolina weirdly appears to be clicking and Hubbard is doing more with his touches right now.

We saw Josh Jacobs deal with an injury Thursday night that sent him to the locker room for a brief time. Zamir White filled in briefly with three carries for nine yards until Jacobs returned and was his true workhorse self. His hand was clearly still bothering him, so White could be a healthy stash for those rostering Jacobs should anything happen moving forward.

We’ll see how his ribs hold up and if he’ll be able to play this week, but if he does, Mike White has juicy matchups out on the horizon. The Jets’ passing game looks night and day compared to when Zach Wilson was under center and all the Jets do is air it out with White starting at quarterback.

Giants receiver Richie James was the Giants’ WR1 this week going for 7-61-1 on nine targets. New York has some great matchups with the Commanders and Vikings secondaries on deck for potential productive days.

Talk about capitalizing on your opportunity. Chris Moore had his chance with both Brandin Cooks and Nico Collins out and responded with 10-124 on 11 targets against the Cowboys. A struggling offense against a top defense, this was a surprising result. If the two Texans receivers remain out again, Moore can play a role with the Chiefs, Titans, and Jaguars to close the year.