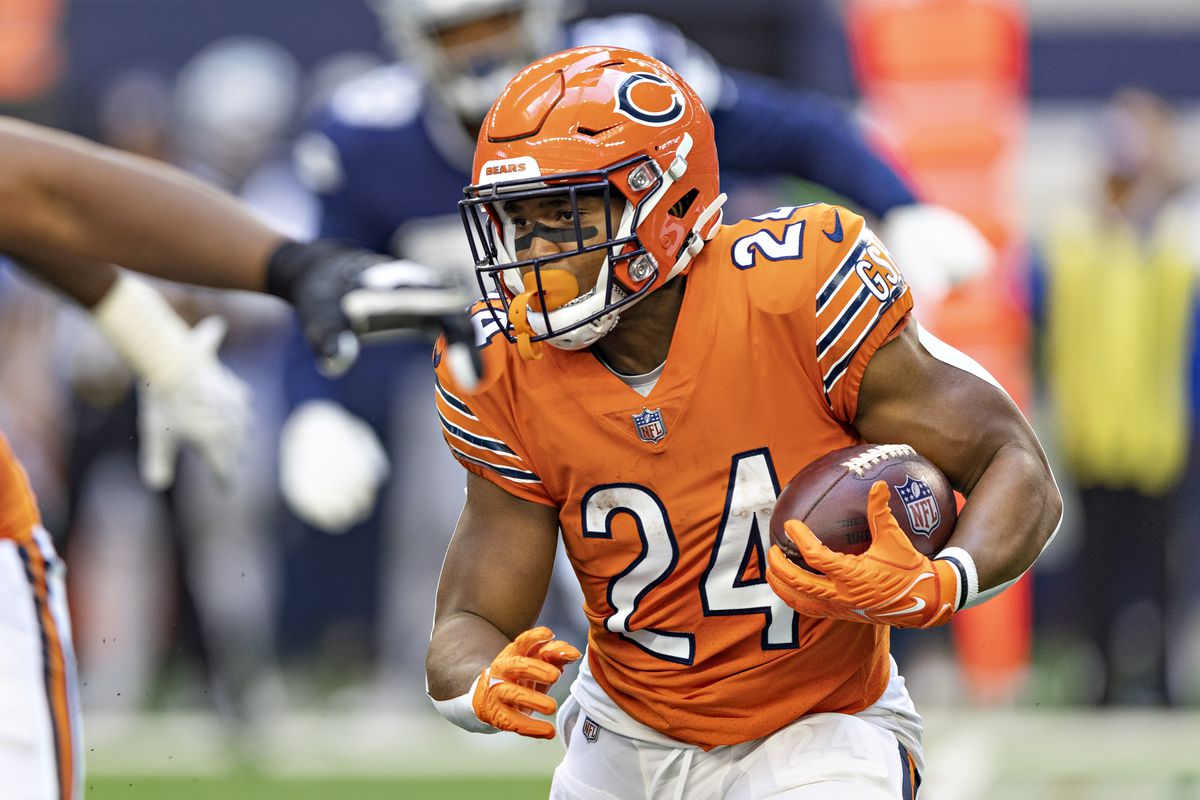 Handcuff those stud running backs for a deep playoff run.

Ladies and gentlemen, it’s ‘cuffing season. With one more game to go in the fantasy regular season, the 2022 fantasy playoffs are upon us. Instead of keeping trash, two quarterbacks, or two tight ends at the bottom of your roster, it makes more sense to handcuff your stud running backs to their respective backups in case of injury.

For instance, this week I dropped D’Onta Foreman for Alexander Mattison because Dalvin Cook is my RB1. Sure, Foreman is the RB1 in Carolina, but with a tough rest-of-season schedule and no chance of him starting at either of my RB spots or my flex, I’d prefer to have Mattison over Foreman if Cook were to get injured.

NOTE: These handcuffs are based on Yahoo! roster percentages and should hover around 55% or less ownership. Of course, the likes of AJ Dillon, Samaje Perine, and Tony Pollard would lead this list if we were going through every handcuff in the league.

We all know what Alexander Mattison is about by this point. When Dalvin Cook is out of the lineup, Mattison shines as a locked-in RB1. In three of his four starts last season, Mattison was a top-10 fantasy running back and scored over 20 fantasy points. If Cook were to get injured, Mattison would fill in as a true workhorse.

The Vikings get a juicy rest-of-season schedule with the Lions, Colts, Giants, and Packers to close out the fantasy season.

Similarly to Mattison, we are no strangers to Khalil Herbert. When David Montgomery missed time over the last two seasons, Herbert flourished. Last season, Herbert took over the lead back duties with Montgomery sidelined and he racked up the 17th-most PPR running back points while only scoring a single touchdown on 89 touches.

Over the last two seasons, Herbert has RB40, RB11, RB8, RB34, and RB1 finishes as a starter while being one of the most physical running backs in the NFL. Herbert is eligible to return from IR in Week 15.

This one is surprising and didn’t make The Wolf’s initial list. However, fantasy managers are dropping Damien Harris and he is now available on nearly half of waiver wires. Although Rhamondre Stevenson is an absolute stud, Harris would take the Patriots’ RB1 role (with fewer receptions) if anything were to happen to Stevenson. Harris is a touchdown machine when healthy with multiple double-digit fantasy days this season and although he’s taken a backseat to Stevenson, he’s only one season removed from a 929-yard, 15-touchdown season.

Starting in Week 15, the Patriots end the fantasy season with the Raiders, Bengals, and Dolphins.

Dontrell Hilliard is one of the most underrated backs on this list. In place of Derrick Henry and splitting time with D’Onta Foreman last season, Hilliard had the second-highest yards per carry in the league and had three games of over 16 fantasy points.

If the king were to miss any time, Hilliard gets the leaky Chargers and Texans before squaring off against the Cowboys in Week 17.

An Austin Ekeler injury would elevate Joshua Kelley into an elite workhorse role that could see upwards of 20 touches. The Chargers have tried to figure out its backfield behind Ekeler all season and after confirming Sony Michel is dust, they’ve settled on Kelley and rookie Isaiah Spiller — with Kelley locking down third down and playing some early-down and short yardage alongside Ekeler.

The Raiders’ offense is waking up and Josh Jacobs is one of the favorites for Offensive Player of the Year. Jacobs leads the NFL in rushing yards with 1,303 yards, has scored 10 times, and has added 42 receptions on 50 targets. Jacobs is the ultimate workhorse in a Josh McDaniels offense that has never really had a three-down back.

But with Jacobs consistently on the injury report with an array of issues, Zamir White is one shot away from it being his workload. The Raiders get the Patriots, Steelers, and 49ers to finish off the fantasy season.

The 49ers lost Jimmy Garoppolo for the rest of the regular season, meaning they’ll lean on Christian McCaffrey and the running game as long as Mr. Irrelevant, Brock Purdy, is under center. Last week, CMC had 25 touches and we should all expect 20-plus touches moving forward.

However, increased touches mean a higher chance of injury and it appears Jordan Mason is the RB2 in San Fran. Last week, Mason looked really good, carrying the ball eight times for 51 yards. If CMC were to get nicked up, Mason looks like the next man up in Shanahan’s scheme.

Mason would see the Seahawks, Commanders, and Raiders during the fantasy playoffs.

We’ve been pumping Jaylen Warren’s tires for quite some time now, but Najee Harris will seemingly play through everything. Now with Harris looking spry for the first time this season, it’s unlikely we will get to see Warren in a lead role in 2022. On the bright side, he did out-snap Benny Snell last week and if Harris were to falter, Warren would have an excellent role as the Steelers’ RB1.

The Steelers get the Panthers, Raiders, and Ravens in the fantasy playoffs.

It’s clear that as long as Travis Etienne is playing, he will be the workhorse. When Etienne left Week 12 with a foot injury, Hasty racked up over 20 fantasy points as a dynamic pass-catcher out of the backfield. Although JaMycal Hasty is not the ideal between-the-tackles runner, he’s a nifty pass-catcher and can make plays in space. He’d probably lose carries to Darrell Henderson, but there’s no reason to be scared off by Henderson.

Playoff matchups with the Cowboys and Jets aren’t ideal, but Week 17 vs the Texans is *chef’s kiss*.

We are old enough to remember the two-week Deon Jackson era when he put up 13 and 28 fantasy points. We all thought the Colts would shut down Jonathan Taylor, but when they parted ways with Frank Reich for Jeff Saturday, those dreams were nixed. It would be smart to avoid this offense for the remainder of the season.