Who is Kyle Philips? Gauging His 2022 Rest of Season Fantasy Value After an Immediate Impact in his NFL Debut 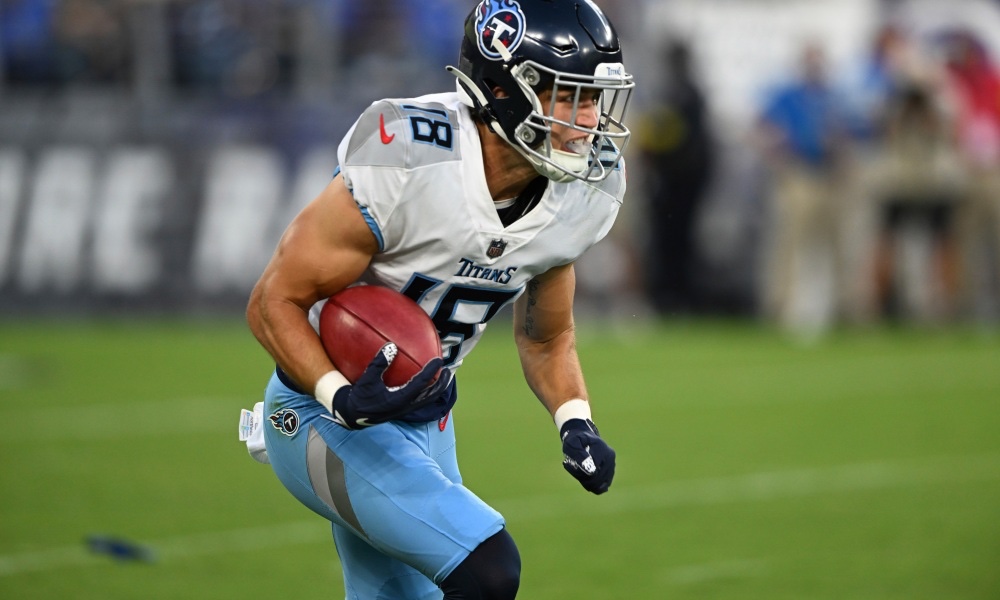 One of a litany of names among 2022 Day 3 NFL Draft picks, the rookie out of UCLA wasted no time getting noticed in the pros.

There was concern that the Titans’ fifth-round pick wouldn’t be able to hold up in the NFL as more than a punt returner.

But after only one week, Philips appears comfortable. He immediately proved he could handle punt return duties, and added six catches for 66 yards, on a whopping nine targets (29% target share) against the Giants.

Philips led the UCLA Bruins’ wide receivers in receiving yards every season from 2019-2021, but was projected to be a slot receiver who could have difficulties getting separation downfield in NFL.

This will be something to monitor, because it will be hard for Philips to have FLEX utility outside of PPR leagues if he ends up lacking big-play ability.

There’s also the possibility of Overreaction Week (a.k.a. Week 1 weirdness) rearing its head. Defenses hadn’t seen Philips play a snap in the pros or see how he’d be utilized. Now there’s some NFL game film.

And while he unsurprisingly finished third in receiver snaps (31) behind Robert Woods (46) and Nick Westbrook-Ikhine (44), he finished ahead of Treylon Burks (24). I have to imagine Burks gets more involved with time.

The NFL has enough stories of slot receivers who immensely outproduced the level that their lack of raw athleticism said they should hit, including undrafted guys like Cole Beasley, Danny Amendola, Wes Welker, Julian Edelman and even back to the Jets’ Wayne Chrebet.

With a receiving core that has proven little, Philips has an immediate opportunity to carve out a role in Tennessee. But it’s far from a given. He could turn out to be what Adam Humphries was for the Titans, rendering Philips’ pro debut an anomaly.

But, he’s on the radar now, worthy of a dynasty roster stash, and your redraft league’s waiver watch list, if he hasn’t been picked up already.

Keep up with the Wolf’s Rest of Season Big Board and Rankings and weekly updates to see how Philips merits fantasy roster consideration.