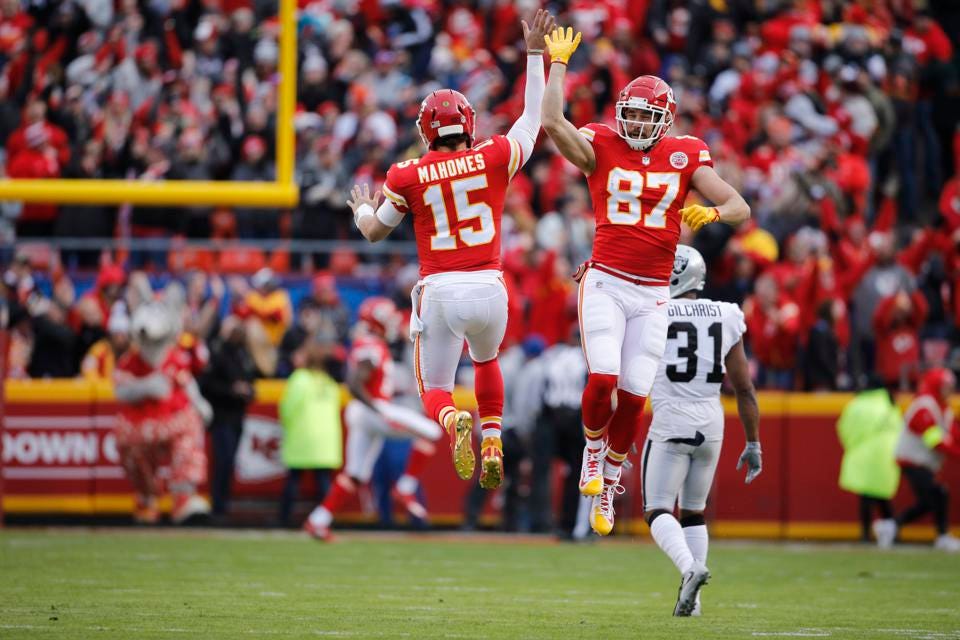 Fireworks and overs tonight in KC.

We went 3/5 on the first major slate of the year and missed out on an even better day by just two Justin Fields rushing yards in a monsoon. But, that’s the name of the game and we’re in need of a bounce back on No House Advantage.

NHA’s app allows the user to stack or choose over/under player prop bets to win cold hard cash. Our NFL Week 2 TNF player props below will help users build a winning stack to win up to $20K in prizes on their Pick ‘Em contest or win up to 20X per entry Vs. The House.

Let’s put our player prop knowledge to the test in what should be a wild Thursday Night Football matchup between two of the best quarterbacks in the league.

Josh Allen, Danny Dimes, and Patrick Mahomes’ rushing overs are a way of life and a key to financial freedom.

And we’re getting a line of 17.5 rushing yards tonight??!

Sure, Mahomes did not run the ball last week, but the Chiefs were in total control of the game and he needed to get acclimated to his new toys in a game environment. This week, he’s going to be in a shootout against a divisional rival.

Looking back at last season, Mahomes rushed for 45 yards and 32 yards in his two games against the Bolts. He also smashed this number in four of his last games to finish last season and six of his first seven games last season.

I love this play.

Josh Palmer is one of the hottest fantasy streamers for tonight’s game. If you’re a believer, you should be taking his player props tonight with Keenan Allen out of the lineup.

In Week 14 of last year, Allen didn’t play and Palmer saw a major bump in usage. Palmer played 62 of 66 offensive snaps and ran a route on 33 of Justin Herbert’s 35 dropbacks. He finished with five receptions for 66 yards and a touchdown. That’s good for fantasy and it’s great for NHA, where he would’ve hit this over.

Fire him up everywhere you can.

This line is high compared to most receiving lines, but it’s arguably too low. Travis Kelce is Patrick Mahomes’ clear alpha this season (thanks, Captain Obvious) and it showed in Week 1 with him leading the team in targets (nine), receptions (eight), and receiving yards (121). Plus, he’s shooting for an NFL record tonight, as Fields Yates pointed out below:

Not to mention, Kelce absolutely crushes the Chargers, garnering 10-plus targets in four of his last five games against LA and hitting the yardage over in all four of those games. Kelce is going for another 100 and a tuddy in a game that’ll be full of fireworks.