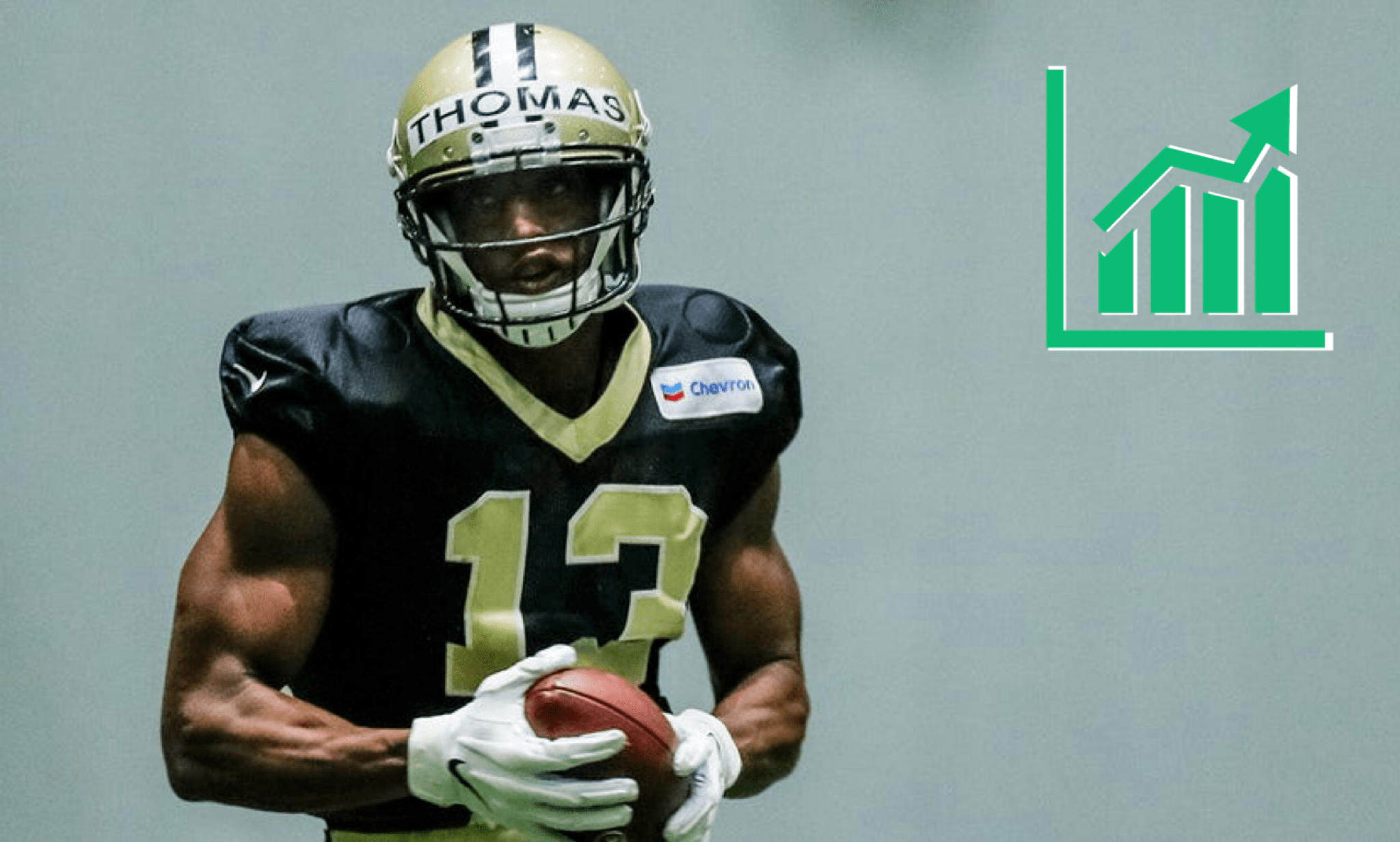 Michel Thomas is back and looks like his old self again.

It’s been 568 days since we last saw Michael Thomas on an NFL field. The 2019 WR1 missed the entirety of the 2021 season with an ankle injury and is progressing towards a Week 1 return. Now healthy, Thomas is participating in training camp and recently began working with the offense in 11-on-11s, while also dominating defensive backs in one-on-ones.

With a new head coach, quarterback, and receiver room since the last time Thomas touched the field, it’ll be intriguing to see how the former superstar will perform during the 2022 season.

The 2021 New Orleans Saints had one of the worst wide receiver groups in the NFL last season. Not one wideout finished the season with 50 or more receptions and the team ranked dead last in passing yards and attempts completed. Marquez Callaway finished as the Saints WR1 last season and enters the season as the fourth option on a vastly improved depth chart.

Since the offseason, the Saints completely overhauled its wide receiver room. The Saints showed their cards and went all in on Ohio State senior Chris Olave. The Saints gave up their No. 16, No. 98, and No. 120 picks for No. 11 overall to select the speedy wide receiver to take the top off the defense.

“He kind of showed love to me since college, so we’d text back and forth every now and then. . . .I feel like we have the same mindset,” Olave said about Thomas. “We both want to dominate. We’re both competitors. Just when we get on the field, we turn into a different person. Just knowing him and knowing he’s on the other side of the field, that’s going to make us better and make us go hard.”

Following the draft, the Saints signed Jarvis Landry bringing him back to the Bayou from his LSU days. Landry had a rough 2021 campaign, playing with a one-armed Baker Mayfield in a run-heavy offense. Prior to 2021, Landry consistently ranked in the top 20 in PFF receiving grades and provides a perfect complement to Thomas and Olave from the slot.

No Saints WR2 has eclipsed 800 yards in a season since Thomas was drafted and that should change this year. Does this mean Thomas will see a decrease in his typical lofty target share? Yes. But, he’ll see fewer double teams and will have a chance to destroy single coverage with his elite route-running.

Thomas was the best wide receiver in football during the 2019 season, breaking the NFL record for receptions with 149. On top of his historic 2019 season, Thomas had a four-year stretch of top 10 PPR finishes. Following an injury-riddled 2020 season and a DNP in 2021, Thomas is looking like his old self again with one of the most electric and fantasy-positive quarterbacks in the NFL in Jameis Winston.

Thomas was a target-hog and the definition of an alpha when healthy, seeing a target share of 27.9 percent or higher from 2017 to 2020. The historic run Thomas had was in part due to his rapport with Drew Brees and offensive mastermind Sean Payton calling the plays. From 2009 to 2019, the Peyton-led Saints had only one season with a wide receiver finishing with under 1,000 yards. Last year’s historically low passing offense was the culmination of Brees’ retirement, Winston’s injury, the lack of talent on offense, and Payton seemingly having one foot out the door.

Thomas will see a downgrade in quarterback play from his time with Brees but will be playing with a guy who has thrown for over 5,000 yards in a season and supported two separate overall WR2s during his time in Tampa Bay. Winston looked fantastic to start the season before suffering a season-ending knee injury. Winston finished as the Saints leading passer in just seven games and led the Saints to a 5-2 record.

Winston looked like an improved version of his early self, controlling the ball more and forcing fewer turnovers. Although the Saints were attempting a very low 23 attempts per game, Winston threw for a career-high 8.7 percent TD rate. The offense is new and improved and Thomas has the ability to get back to his old self with Winston behind center.

Luckily for Winson, Thomas, and the rest of the offense, it’ll look very similar to how it was under Payton. Saints OC Pete Carmichael was Payton’s right-hand man on offense for nearly two decades.

When the league suspended Payton for Bountygate back in 2012, Carmichael led the offense to the tune of 411 total yards and over 28 points per game. He also called the shots for the first 10 games in 2016 when the Saints scored over 30 points five times and averaged nearly 500 yards of total offense per game.

“Many outsiders may not realize how collaborative the process has always been in creating this offense. Carmichael was just as responsible as anyone else for bringing new ideas to the table,” wrote Nick Underhill. “Quite often, he and former quarterbacks coach Joe Lombardi worked late into the night to find a wrinkle specific to an upcoming opponent. Carmichael was involved with assembling every game plan the Saints used.

Many believe he isn’t as celebrated as other offensive coordinators, including those who work under offensive-minded head coaches because he operates in the background and never says much in interviews.”

Thomas currently has an ADP of 63.20 on Underdog Fantasy, one that’s consistently ascending with each positive training camp report. We recently claimed Allen Robinson as the most undervalued player coming into the season but with a sixth-round price tag and WR1 potential, Thomas has a strong case to beat out Robinson in fantasy production.

Head coach Dennis Allen has loved what Thomas has done so far in training camp.

“I’m seeing a physical WR right now, out here at practice, and that’s really a hallmark of who he is as a wideout. I think he’s moving great, I think he’s in a great space mentally. It’s been a big boost for our football team,” said Allen.

If Thomas continues to progress throughout the preseason and stays healthy, fantasy managers will be getting a mid-round bargain. We have seen elite wide receivers absolutely smash in their year 29 season, as we most recently saw Julio Jones and Antonio Brown finish with over 1,500 yards at that age.

Also, take advantage of Thomas’ over 800.5 receiving yards on the season at PrizePicks. Click this link or use promo code RSJ after downloading the PrizePicks app to get a 100% match on your first deposit of up to $100.