Chris Olave 2022 Fantasy Outlook: Saints Trade Up to Get Their Ideal Complement to Michael Thomas 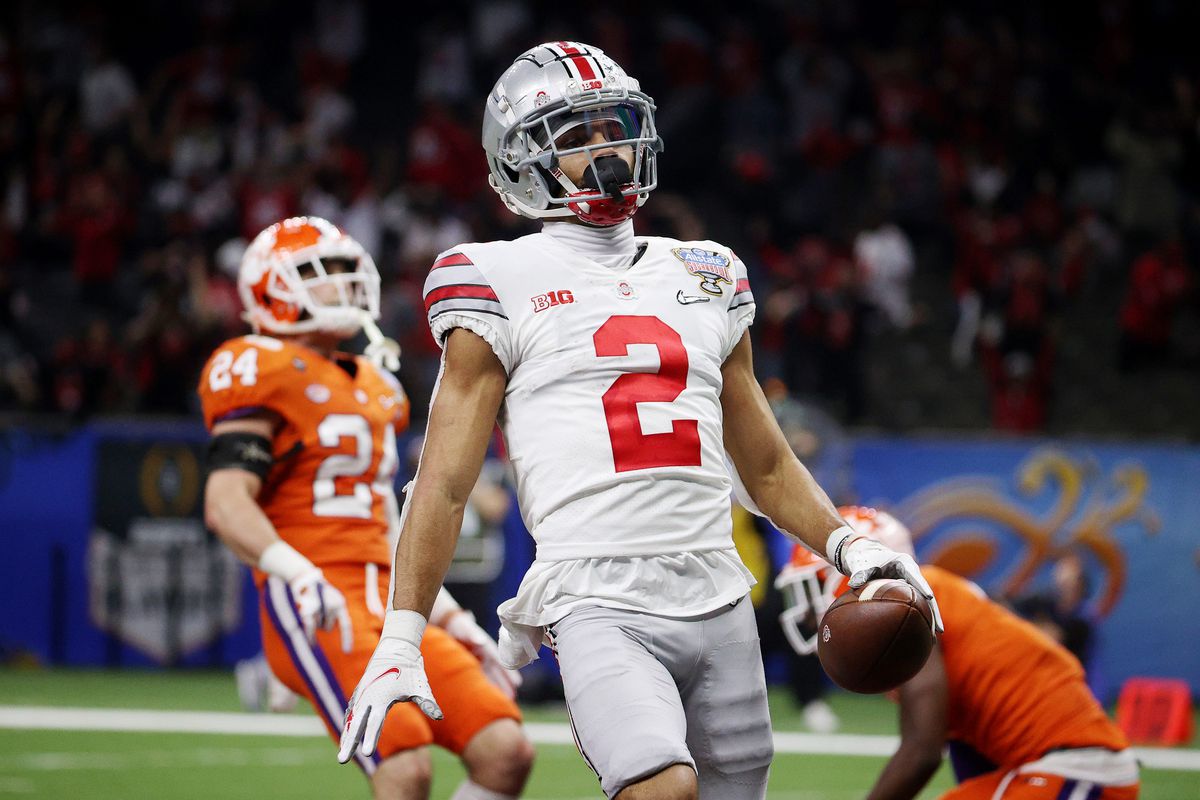 Chris Olave should shine right away in New Orleans.

The Saints made a statement during the first round of the NFL Draft when the team gave up its No. 16, No. 98, and No. 120 picks for No. 11 overall to select wide receiver Chris Olave. The former Buckeye was a four-year stud and amassed a school-best 35 touchdowns in 39 games. He is a polished and silky smooth route-runner who can also turn on the jets (4.39 40-yd dash) and track the deep ball.

Not only will Olave be a day-one starter for the Saints, but his 2022 fantasy outlook should ascend in an offense that could hit elite status with Winston, Thomas, Alvin Kamara, Jarvis Landry, and Adam Trautman.

FIT WITH THE SAINTS

The Saints had one of the most pathetic passing offenses in the league last year and that was before Winston went down with a torn ACL. The team “boasted” a receiving core led by the likes of Marquez Callaway, Deonte Harris, and Tre’Quan Smith. After Winston, Trevor Siemian, Taysom Hill, and Ian Book combined to throw for 29 touchdowns and 3,437 yards, the Saints decided to bring back Winston and completely revamp its receiving core.

Aside from Thomas (hopefully) returning to full health, the Olave addition should provide immediate results and give a much-needed boost to the offense.

Friend of the program and Saints insider Nick Underhill had this to say about Olave’s fit with the Saints and how they felt about the former Buckeye:

“I’ve heard that Olave was the team’s No. 1 receiver. They loved his route-running and contested-catch ability and believe those traits will lead him to success. He was the guy they were targeting, and they got him.”

Underhill also detailed Olave’s ability to immediately soak up the playbook and how he’s flourished since day one of rookie minicamp.

“Chris Olave has special movement skills, and he popped even more running routes against a bunch of guys who got invited to camp,” Underhill wrote. “He glides across the field in a way that the other players do not. His ability to turn his hips effortlessly on his routes, especially curls, stood out. Another positive: Even when running routes on air, he detailed his movements and attacked everything with a plan.”

With Thomas manning the X, Landry now cemented in the slot, and Olave at the Z, not to mention Kamara at running back, this offense has a chance to smash scoreboards behind Winston — who is no stranger to engineering top fantasy seasons to more than one wideout. With the Bucs in 2019, Chris Godwin finished WR2 overall, while Mike Evans finished WR12 overall.

Although Winston will now have many mouths to feed in New Orleans, Olave should put up numbers right away. His elite route-running, deep ball tracking, and knack for the end zone will make him an immediate contributor at all three levels.