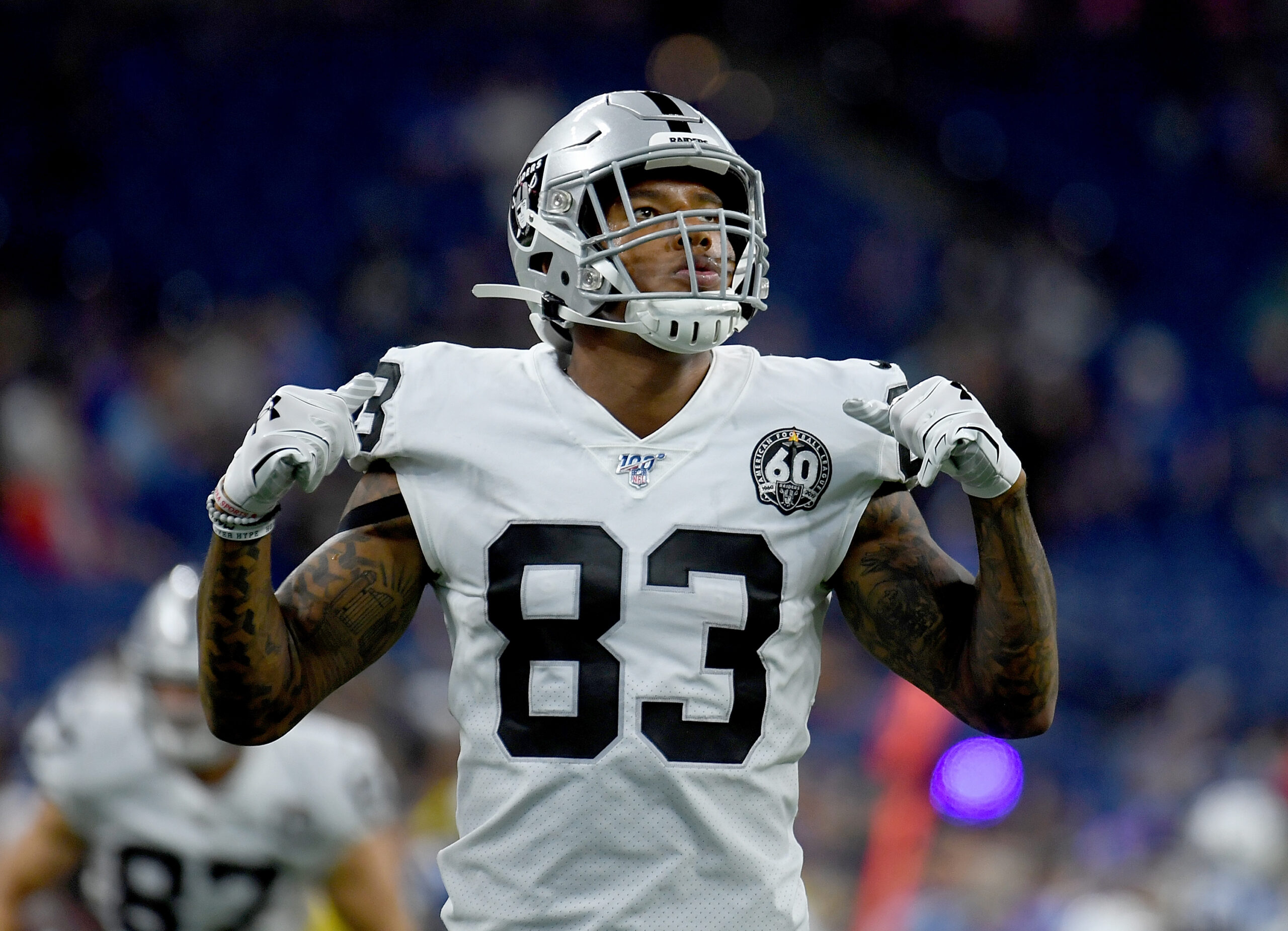 Now it's time to dominate the in-draft portion of the auction.

If you have not read parts 1, 2, and 3 of the How to Dominate a Fantasy Football Auction series, please click the links below. Part 1 includes an overview of my auction draft philosophy and a tool for setting up the PERFECT customized auction player prices. Part 2 teaches you how to analyze the data from the tool and form an initial draft plan. Part 3 explains contingency planning “audibles” based on your auction’s flow and how to pivot from your initial game plan.

All the following screenshots and analyses are based on a 10-team Yahoo half-PPR league. Your league might be different, so the goal of this series is to teach you how to analyze any set of data and come up with conclusions.

Read Part 1 to download the spreadsheet and learn how to customize the tool to your league settings.

Part 2: How To Dominate a Fantasy Football Auction Draft – Developing a Game Plan

Part 3: How To Dominate a Fantasy Football Auction Draft – Budgeting Audibles for Every Scenario

In case you missed the first three parts, we calculated the value of each player based on custom league settings, set a $170 budget for our starting lineup, and formed a data-backed strategy. We decided the initial plan is to draft Jalen Hurts or Kyler Murray at quarterback, two high-end running backs, three mid-tier wide receivers, and George Kittle or Darren Waller at tight end. The Wolf approves this method, although he also recommends considering THREE high-end RBs and filling in the blanks, given the depth at the other spots.

Then, we plugged in players who typically sell for a good value on Yahoo and created this sample lineup:

We identified that the main threat to our early game plan is top RBs selling above their typical prices, so we formed audibles. Since WR is the deepest position in fantasy, we planned acceptable combinations of three receivers selling for as little as $19 total, allowing us to set our maximum running back budget at $144. For more details on these numbers, refer to part 3.

If you followed along with the first three parts and used the Excel tool correctly, you should feel confident heading into the draft. You are now ready to master the final phase: in-draft strategy.

USING THE AUCTION TOOL DURING THE DRAFT

Each time a player is sold in your draft, you should input their selling price in column H of the Auction sheet. This serves two purposes: seeing which players on your draft board are still available, and keeping track of inflation.

Inflation is important because each time a player is sold, the value of every remaining player changes.

Auction drafts have a fixed player pool, fixed budgets, and a fixed number of roster spots.

If one player sells for more than their true value, the remaining players will sell for less because less total money is available to spend on everyone else.

Our tool can track these values and price changes LIVE!

For example, Jonathan Taylor is truly worth $79 given our league settings based on his real value in column F. If I spend $150 on him, that $71 overpayment must come from somewhere, and it will cause the remaining players to collectively sell for $71 less than expected. As you can see, the Inflated $ amount for each remaining player in column I decreases slightly to reflect their new value.

This concept is especially important in keeper leagues, for the opposite reason. When players are kept for less than their true value, the prices of all remaining players will increase. Make sure to input the price of any keepers into the tool before the draft starts because keepers significantly affect the price of other players.

Even if your league does not have keepers, you should keep the concept of inflation in the back of your mind when making decisions.

The Wolf’s Tip – Don’t just assume your league-mates will draft rationally with inflation in mind, though, especially early in the draft when $$ is still plentiful. As a “run” on a position begins – say, high-end RB1s – many owners will want to ensure they get one (as you should too). The effects of inflation will hit doubly hard later to reflect the trend, so don’t just sit around waiting for the value changes to kick in and then miss out on an entire tier of players because of it.

USE THE TOOL TO PLAN NOMINATIONS

Other than deciding how much to bid on each player, nomination order is the most important way you can control the draft.

TIERS: DON’T END ON A RUN

Tiers are the most important concept when considering nominations and should take priority over any subsequent strategy. Players at the end of a tier will almost always sell for a significant premium.

For example, if the top 5 running backs available have listed prices of $60, $59, $58, $57, and $48 on your site, the first four players are clearly in the top tier. If the $60 player is nominated first, managers will see that they have plenty of alternatives and generally bid him up to around fair value. But once the last player in the tier is up for auction, managers have no comparable alternatives and are likely to drive the price up significantly.

If the $57 player is the final guy nominated in the tier, I would expect him to sell for more than the $60 player because managers tend to panic when they run out of alternatives. There are two key takeaways here.

First, if you want a player in the top tier, DO NOT wait for the last one. Second, if you are targeting a specific player in a tier, try to nominate him before the rest of the players in the tier are gone. Tiers will usually make the most significant impact early in the draft, but don’t neglect them in the middle rounds either.

If you don’t see any immediate tier concerns, try to nominate players you DO NOT want early in the draft. Use the tool to find significantly overvalued players on your site, and nominate them early. By nominating players and positions/tiers you don’t want early in the draft, you drain money from your opponents and fill spots in their starting lineups. If everyone has less money and fewer open spots in their lineup when that player is nominated, they should go for a little less.

As you fill your lineup, a useful variation on this strategy is to nominate players at positions you already have filled. If you draft a quarterback early, start nominating the rest of the high-end quarterbacks. If you draft two stud running backs, start nominating expensive running backs. You want your opponents to spend money on players you don’t need so they have less to compete with you on players you do need.

As you get into the late stages of the draft, you need to nominate the players you want. I recommend making a list of high-upside players listed between roughly $1 and $5 that you like before going into the draft. You should not nominate any of these players early in the draft when your opponents have money to spend because they will likely sell for more. After your opponents have spent most of their money and filled most of their roster, it’s time to nominate your sleepers. You should have a few dollars saved for the bench, and you would be surprised how many quality players you can get late in the draft for only a few dollars.

While you wait to nominate your sleepers, consider getting your kicker and defense for $1. This will allow more time to pass before you can sneak in and steal your top late-round targets.

BE WARY OF BEING THE “PRICE POLICE”

We never want a player to go far cheaper than they should. Still, you don’t want to “Price Police” and ultimately get stuck with a guy you don’t want. If a player you’d be comfortable with is going too low, for sure, do your job and make the owner pay an extra few dollars. But don’t just bump prices up for the sake of doing it, especially on guys you’d hate to see on the squad. Otherwise, you’ll burn a fast hole in the wallet while watching guys you truly wanted slip away for far better values. Nothing worse.

My final nomination strategy is to pay close attention to your opponents during the draft. Try to pay attention to how each manager is constructing their roster. Make educated guesses about which opponents will target the same players you like.

Also, pay close attention to each opponent’s maximum bid, especially at the end of the draft. If you know an opponent likes one of your sleepers but only has a $3 maximum bid, nominate that player for $3 to ensure you win and don’t have to pay the extra $1 or $2. Maximum bid information should be easy to find on your draft site.

If you made it through this entire guide, first of all, thank you! To you, my number one piece of advice is to stick to your pre-draft plan as closely as possible. You spent time analyzing data, making contingency plans, and creating flexible budgets for a reason. As long as you planned for multiple scenarios, trust that at least one of those scenarios will occur, and your plan will work. Do several mock drafts to make sure your plans are rock-solid, and make any tweaks if needed.

It’s okay to let opponents get players that don’t fit your strategy for good value. Remember that you can’t take advantage of every value, so don’t toss your entire strategy out the window just because one player is going five bucks cheaper than he should. Don’t get into a bidding war just because you want to squeeze a few dollars out of someone. It won’t make that big of a difference and has the potential to wreck your plans if you blow your budget on someone you weren’t expecting.

Stay calm. Stay focused. Stick to the plan. You now have everything you need to dominate your auction draft!

Our Auction Series is all you need to dominate your 2022 Fantasy Football Auctions. Don’t miss a single part: