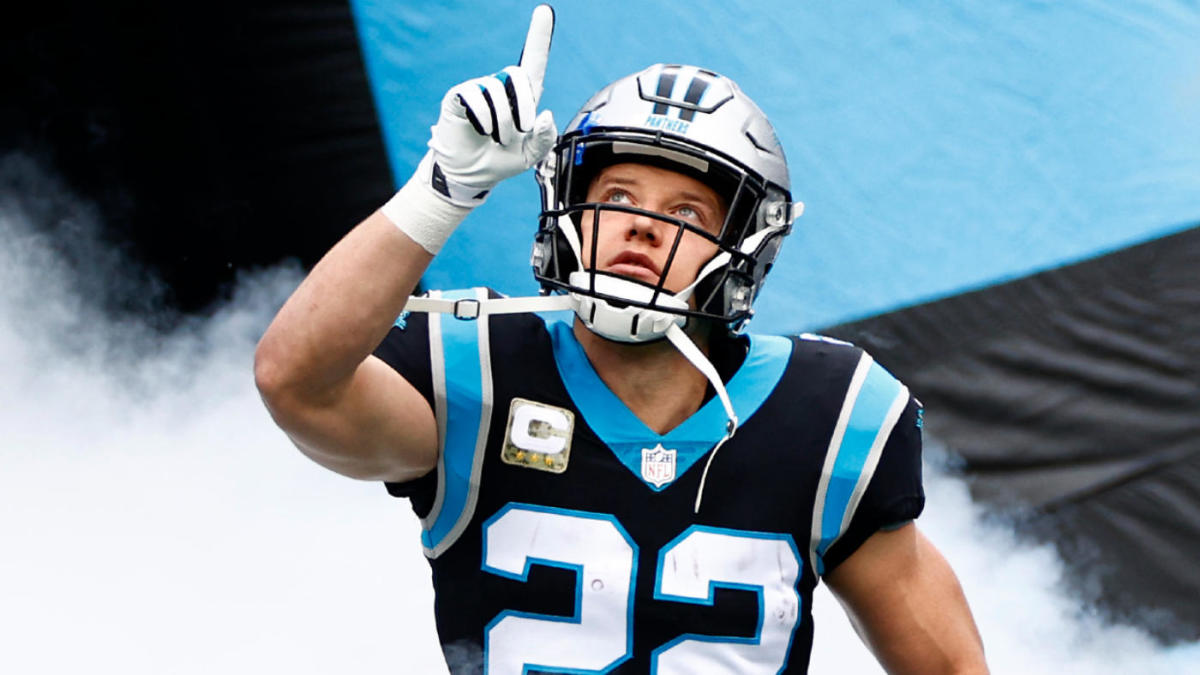 After setting your player prices, you have to develop a game plan.

If you haven’t read part 1 of this series, please click here. Part 1 includes an overview of my fantasy football auction draft philosophy, plus an amazing Excel tool to help you set the perfect player prices.

Part 3: How To Dominate a Fantasy Football Auction Draft – Budgeting Audibles for Every Scenario

Now that you’ve set the perfect 2022 fantasy football auction player prices — customized with your league settings/history and value-based drafting — it’s time to come up with a league-winning auction game plan. Below, we use our pricing tool to form a blueprint, analyzing how to attack and budget for each position.

After inputting my league rules and site-specific numbers, I first like to look at the Auction sheet for a few minutes. Scroll through the list and see if any of the values are particularly different from what you were expecting. You will probably find a few that pop out.

All the following screenshots (zoom in) and analysis are based on a 10-team, half PPR league with Yahoo AAV. As explained in part one, I like using Yahoo over ESPN data because ESPN AAV seems to be more skewed by lobbies of auto drafters.

Your league might be different, so the goal of this series is to teach you how to analyze any set of data and come up with your own conclusions. Read part 1 to learn how to customize the tool to your league settings.

Three things jump out at me:

After scanning the data overall, I like to filter the Auction sheet by position (see: POS column, second in from left, and filter) to spot any position-specific trends.

Summary: I prefer to leave the draft with one of Josh Allen, Patrick Mahomes, Justin Herbert, Lamar Jackson, Jalen Hurts, or Kyler Murray. Hurts and Murray are my top targets because they are going so cheap. You can find room in your budget on almost any team.

Last season, I recommended drafting two lower-tier quarterbacks and streaming the position. If you followed that advice, you probably did pretty well, but that’s because Jalen Hurts was my primary late-round target. However, I now believe that was a good outcome using a bad process.

Elite quarterbacks who produce both on the ground and through the air are becoming more common, which makes streaming tougher. Even in snake draft leagues, I am increasingly open to paying up for an elite quarterback, but in an auction, it’s a no-brainer.

I have no problem targeting Josh Allen, Patrick Mahomes, Justin Herbert, or Lamar Jackson in your auction draft if you can fit them in your budget, but they do have a real opportunity cost. Each is going for at least $14 on average, and Allen is much higher at $36.

However, you can still get elite options in Jalen Hurts or Kyler Murray for an average of $5 and $6, respectively. Both are elite Konami-code QBs, and I believe both have the QB1 overall within their range of outcomes for 2022. As you can see below, the value of an elite QB is absurd relative to their cost. Hurts or Murray could potentially provide you with an extra win for just a few bucks, which could be the difference in securing a first-round bye and getting knocked out in the first round of the fantasy playoffs.

Two-QB leagues are of course different – just adjust the settings in the tool to see their prices skyrocket.

Summary: Budget a huge portion for RBs. Pay up for McCaffrey. Try to secure at least two guys with high-end RB1 potential.

At first glance, many running backs are being overvalued by Yahoo drafters, with a ton of negative site skew towards the top. The mid-tier RB1s seem to be the most overvalued, but I see a lot of value everywhere else. It may seem like the optimal strategy here would be to punt the position and stick with cheap value options like Josh Jacobs, but our goal is to draft players with league-winning upside.

Even if all players were valued perfectly by the site I was playing on, I still would try to target at least one top back because my preferred strategy at running back is bell cow or bust. I want players who have the best chance of dominating their team’s rushing and receiving share.

Your only real chance to draft a league-winning running back is in the first two rounds, so I want two guys in this range. Ideally, I would draft both Jonathan Taylor and Christian McCaffrey at AAV in a 10-team league since they are the only two top backs with a positive site skew. That might not work in every league, but Derrick Henry, Alvin Kamara, and Aaron Jones are all solid alternatives with only a slightly negative site skew.

As a side note, McCaffrey is the number one player I will be targeting in auctions this year. He has the highest ceiling of any player in fantasy, and according to ProFootballDoc, isn’t as big of an injury risk as you might think.

High-end backs are very expensive, but I am willing to spend on them because I know I can find cheaper players at other positions to fill out my roster. If you play in a larger league, two elite backs might be too expensive, so I encourage you to download the tool and check out custom values based on your league settings. Breece Hall and Travis Etienne both look like nice values with upside if you miss out on the top backs or to fill your flex spot, but do everything in your power to secure two top backs.

Summary: After paying up for RBs, target the mid-tier WRs, finding 5-6 you’d accept as your Top-3 WRs and plucking the top values. Then, load up on high-upside, low-cost “Penny Stocks” or underappreciated young guys like Kadarius Toney and Treylon Burks.

Because the wide receiver position is deeper than running back, drafting a receiver to start in your flex spot is typically the best strategy in full-PPR leagues. However, all screenshots in this article use half-PPR scoring, and we saw some good values on cheap running backs, so you could go either way in this case.

Investing in high-level assets like McCaffrey at running back and loading up on your favorite receivers in the WR12-WR30 range seems like a solid strategy here. In general, I would prefer to invest more assets in the running back position even if the site AAV perfectly matched the real value for every player.

Since the mid-tier receivers like DJ Moore, Brandin Cooks, Chris Godwin, and Allen Robinson also have favorable site skews, building a team around these players is even more enticing. However, if you love one of the top receivers and prefer to only spend on one top back, adding a top receiver like Cooper Kupp makes sense here.

Summary: Tight end was a wasteland outside of the top guys in 2021, and 2022 could be similar. George Kittle and Darren Waller are screaming values here. They are as close to must-buys as you can get in this format.

George Kittle and Darren Waller have the two largest site skews of all players, meaning they are the best value. They are clearly mispriced, and you almost have to get one of them if they go anywhere near this AAV in your draft. We will go over budgeting in more detail in part 3, but I highly recommend budgeting the roughly $12 it will take to secure an elite tight end here.

Dalton Schultz also looks like a solid value if you overspent at other positions before tight ends are nominated, but I would still prefer to leave my draft with Kittle or Waller. Travis Kelce is an elite player, but his price tag is sky-high. I’d much rather take the value on Kittle or Waller and put the roughly $33 savings towards better running backs and receivers in my initial budget. However, he and Mark Andrews could be good backup options if you miss out on your top RB targets.

If you miss out on all of these guys, you can technically stream tight end, but doing so is very difficult because the player pool is shallow. A more viable strategy is to draft 2-3 players with some upside, hold onto them for a couple of weeks, and drop the ones who don’t perform. Some names that fit the bill are Zach Ertz, Cole Kmet, and Albert Okwuegbunam. This strategy certainly has risk, but it only costs bench space and is much less risky than drafting a single unproven tight end and relying on them alone.

After breaking down the data by position, my initial plan would be to draft Hurts or Murray at QB, two high-end running backs, three mid-tier wide receivers, and Kittle or Waller at tight end. A sample starting lineup I like would be something like:

Note that this sample team is for a 10-team league. Your league is probably different, but you can still use the same process to generate a sample team that is realistic for your league.

If you don’t like the particular players I selected, that’s okay! You can swap them for comparable alternatives and end up with a team you like better. Similarly, if a few players go for more than expected, I can plug in alternatives.

This team should leave me with around $30 to draft a few bench players I like. I usually like to spend about $180 on my starting lineup, but I wanted to leave some extra breathing room since I am going after two extremely high-end players. If you’d prefer to budget a little more, Travis Etienne or Breece Hall would provide some solid running back depth with upside. I am unlikely to finish my draft with this exact roster, but I can build a similar team in most drafts.

Stay tuned for Part 3 of the series, where I outline how to develop a more comprehensive draft plan to prepare for any draft day scenario. The team I put together above would work if everything goes according to plan, but no auction draft goes exactly according to plan. Backup plans are extremely important because you don’t want to be in panic mode when your only plan fails.

Our Auction Series is all you need to dominate your 2022 Fantasy Football Auctions. Don’t miss a single part: