Can Baker Mayfield Revive the Panthers’ Weapons and Boost Their 2022 Fantasy Outlooks? 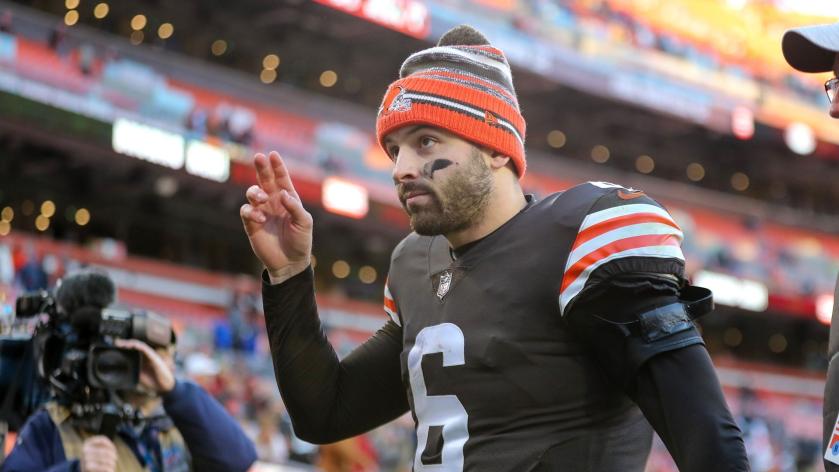 Baker Mayfield is the best QB DJ Moore has ever played with.

Baker Mayfield is free! The Cleveland Browns finally traded away the former No. 1 pick to the Carolina Panthers for a 2024 conditional fifth-round draft pick. Mayfield will be competing for the starting job against Sam Darnold and rookie Matt Corral.

“I did have a front row seat to one of the gutsiest, toughest performances of a quarterback playing in a season that I have ever seen,” said Case Keenum after the Browns season finale. “I think his entire season he was battling a lot of things. He is one of the toughest guys I know, and he is a fighter. He came to fight every single day and pushed through a lot of adversity just to get on the field on Sundays.”

BAKER IS STILL A TALENTED QB

If there’s one thing that has been going around since Mayfield’s 2021 season, it’s that he’s not talented or that he lacks the ability to be an elite quarterback. As someone who is indifferent about Mayfield, I can’t help but think how much he helped turn around the biggest joke of a franchise in the Cleveland Browns. From the moment Mayfield stepped onto the field as a rookie to lead a comeback on Thursday Night Football against the Jets, Mayfield has done nothing but help his team win.

Since joining the Browns in 2018, Mayfield ranks fifth in big-time throw percentage at 5.8%. Mayfield was in a run-first offense and had to adapt to a new offense in all four of his NFL seasons.

FIT WITH THE PANTHERS

Mayfield was most successful in college when operating under Lincoln Riley’s Air Raid offense in Oklahoma. In this offense, Mayfield posted a 12-2 record and won the Heisman in 2017.

However, McAdoo has been critical of Mayfield in the past.

“He’s got an edge to him, I like that. He’s gonna lead, they’re gonna follow him,’’ McAdoo said of Mayfield. “I didn’t see a lot of pro-style football in his college tape. And if you’re short you have to be able to make up for it some way, somehow, and personality doesn’t do that. I didn’t think he was a great athlete. This guy is kinda like a pocket quarterback that is short and with small hands, that’s what I worry about.’’

Depending on the outcome of the offseason quarterback battle, Mayfield has the chance the play with an elite group of surrounding talent that’s waiting to be unleashed. He has superstar running back Christian McCaffery, star receiver DJ Moore commanding targets, and a strong group of complementary pass-catchers in Robbie Anderson, Terrace Marshall, and Tommy Tremble.

Expect Mayfield to be a suitable QB2 in SuperFlex leagues if he is the starter in Carolina this season.

I personally have Mayfield as a top 24 fantasy quarterback, but The Wolf is currently lower on him. Although Mayfield finds himself in another new offense, it is QB friendly and an older Eli Manning posted two top-10 finishes.