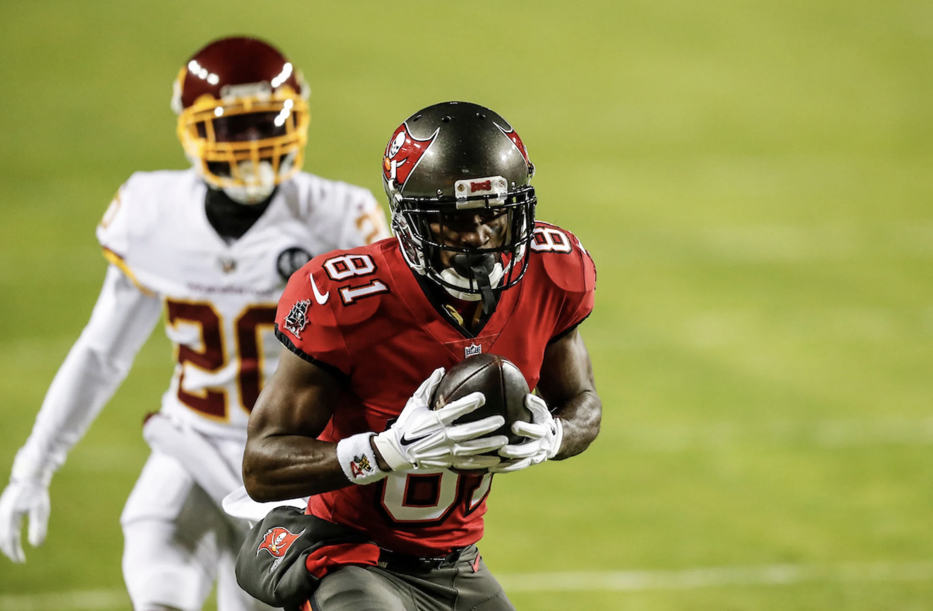 Expect a lot of targets to go Antonio Brown's way.

The Buccaneers played a stinker and laid an absolute egg last Sunday Night against the Saints in a 9-0 loss, which happened to be Tom Brady’s first shutout in 15 years. To add insult to injury, the Bucs also sustained a number of significant injuries: Chris Godwin tore his ACL, Mike Evans suffered a mild hamstring strain, and Leonard Fournette suffered a more severe hamstring strain. These injuries mean the Bucs will be without their top three offensive weapons for Week 16 against the Panthers.

Luckily, the Bucs are better equipped than most to weather an injury storm.

In a story too good for Hollywood, Antonio Brown is set to return this week from a three-game suspension, just as Brady desperately needed reinforcements. If AB is somehow on your league’s waiver wire, go pick him up now.

In addition to Brown, Rob Gronkowski seems likely to take on a larger role but will need to produce better than he did last week. Last week, Gronk had 11 targets but caught only two for 29 yards. However, as long as Evans is out, expect AB and Gronk to be heavily featured in the high-powered Bucs offense, and lock them in as fantasy starters.

In addition to AB and Gronk, the Bucs have an interesting cast of receivers remaining: Tyler Johnson, Breshad Perriman, and Scotty Miller.

Let’s start with Tyler Johnson. The second-year player was a draft darling who dominated in college at Minnesota but hasn’t had much of an opportunity within the Bucs offense. That changed this past week when Johnson ran a route on 94.3 percent of Brady’s dropbacks and corralled four of seven targets for 41 yards. With Evans likely out, Johnson should be the team’s WR2 behind Brown and could be a Flex option for needy teams. He checks in at WR50 on The Wolf’s Week 16 Rankings.

Moving on to Breshad Perriman. He caught the OT touchdown from Brady to beat the Bills two weeks ago and had a torrid finish (won a lot of people fantasy titles in 2019) as the Bucs No. 1 receiver in 2019. He can play but has never been consistent. Although Perriman is currently on the COVID list, Bruce Arians said the receiver is “very close” to returning. Perriman is a flex dart throw if he plays and is The Wolf’s WR74.

Finally, there’s Scotty Miller, who burst onto the scene last year catching a huge touchdown against the Packers in the NFC Championship Game. Miller was also involved last week after all the injuries, running a route on 75.4% of Brady’s dropbacks. The potential returns of Perriman and Brown sour Miller’s fantasy outlook. He’s worth a pickup in deeper leagues, but unless AB and Perriman don’t play this week, it’s difficult to trust Miller as anything more than a desperation flex play. As of Thursday, he is The Wolf’s WR84. 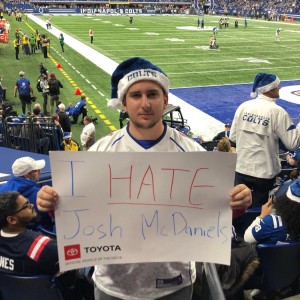