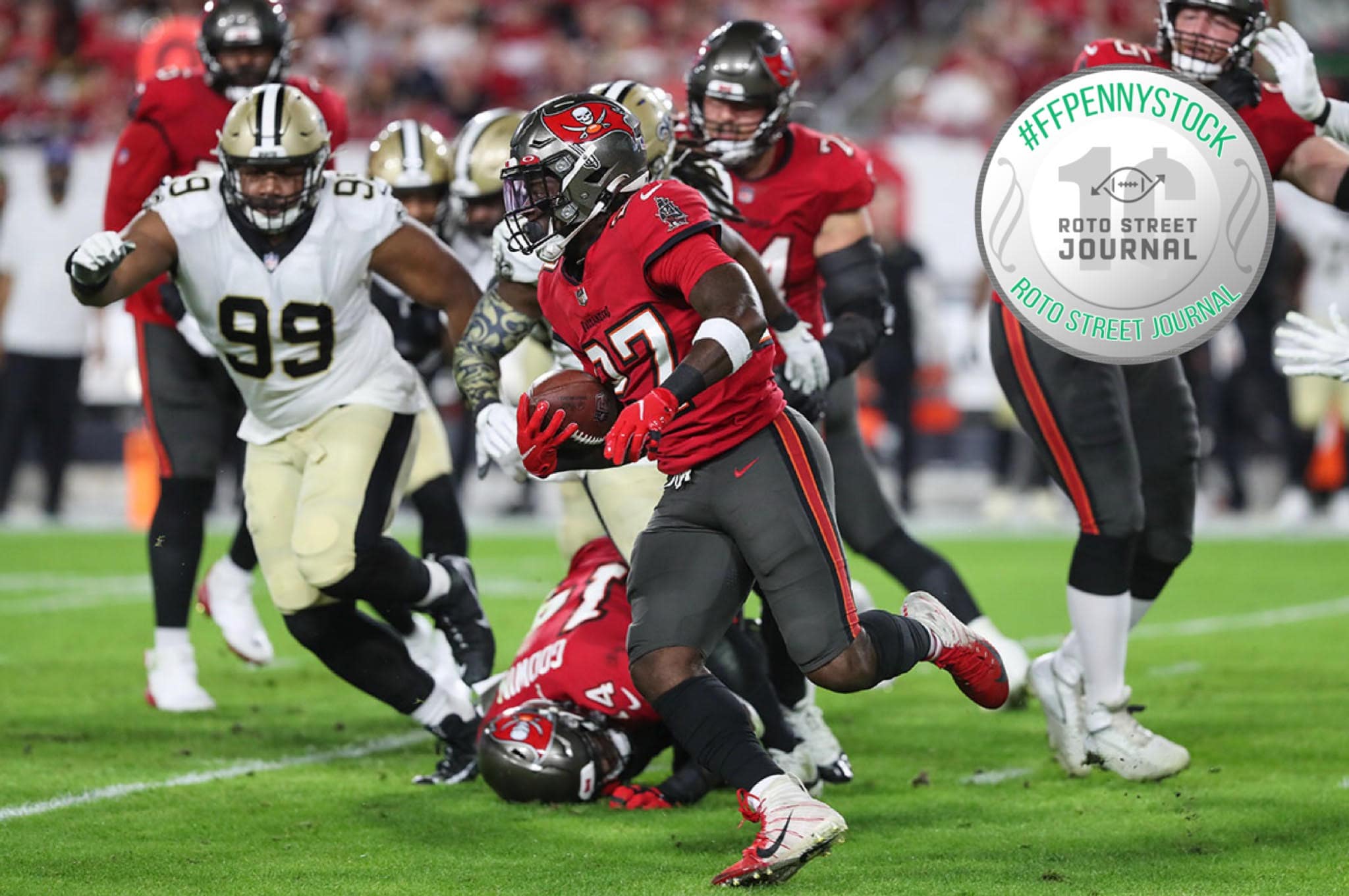 Buckle up, it's RoJo time.

It’s safe to say as a life-long Ronald Jones truther, I’ve been waiting all my life for this moment. What is this moment, you ask? Well, RoJo is set to take over the Buccaneers’ starting role during the fantasy playoffs to become a fantasy league winner.

With Leonard Fournette out with a hamstring injury for the next two’ish weeks, Jones will be the team’s early-down back, alongside Ke’Shawn Vaughn, who served as the third-down back after Fournette left Week 15 with the injury.

With the Bucs trailing the Saints, Jones edged Vaughn 22 snaps to 19, 14 routes run to 13, and eight carries to three. Both running backs saw two targets in the passing game.

Although one can never trust Bruce Arians, especially when it comes to Ronald Jones, there’s little chance Vaughn steals significant touches and there’s zero chance the corpse of Le’Veon Bell makes a meaningful fantasy impact — unless Jones fumbles his way to the bench.

This will not be the first time that Jones has filled in for Fournette. In four games last year as the team’s clear starter with Lenny out of the lineup, Jones produced at a very high level.

Fournette gained momentum at the end of last season. He became Playoff Lenny, then Lombardi Lenny. Ultimately, he never looked back. Fournette’s transformation into a legitimate pass-catcher, along with stable ball security, forced Jones to the bench. But, people forget Jones led the Bucs with 978 rushing yards last season.

Now, it’s time for Jones to shine for the Bucs, his fantasy managers, and his Stans.

“Most definitely. I’m always ready when (my) number is called,” Jones said. “Just making the most of the opportunities.”

Those who watched the Week 15 Fantasy Tailgate might have already stashed RoJo as a widely available handcuff off the waiver wire. If not, do whatever you can do to add him (38% rostered) because he’s about to win you a fantasy title.

Jones and the Bucs get the Panthers and Jets to round out the fantasy season.