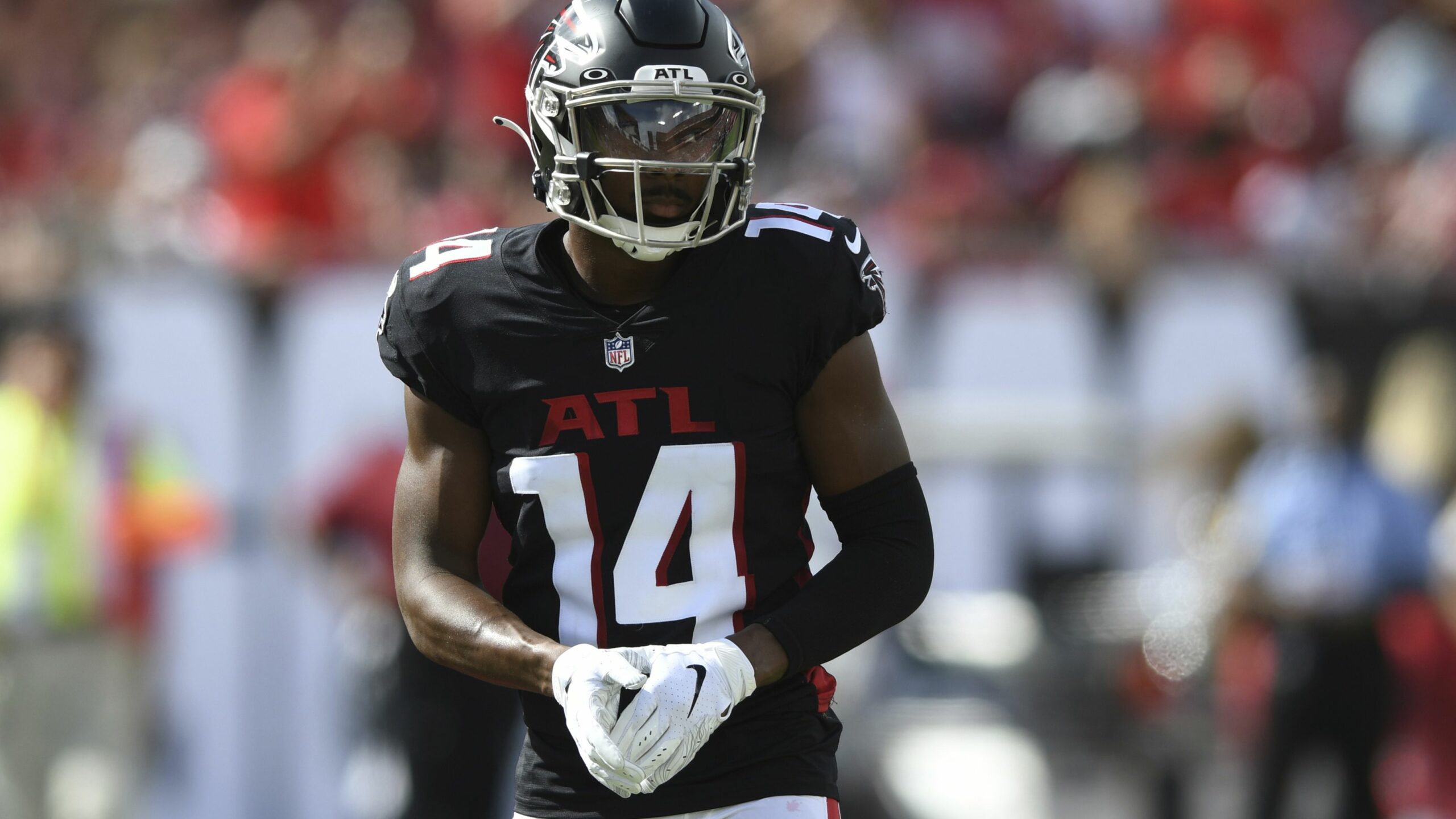 Welcome to the Fantasy Football Week 14 Waiver Wire: Start, Stash, Stream, where we break down the fantasy football free-agent landscape and give you the best picks for the short and long haul.

Let’s look back at Week 13 and see our future prospects for the fantasy football Week 14 waiver wire.

When starting under center for the New Orleans Saints, Taysom Hill is a certified QB1 in fantasy. Sure he threw for four picks on TNF against the Cowboys, but he finished with 264 yards and two scores through the air and 101 yards on the ground. With Alvin Kamara out, Hill’s chances of scoring on the goal line increase. If you’re desperate at QB or dealing with injuries at the position, Hill is your guy moving forward. His legs will make it all worth it.

Look out Atlanta, there’s a new WR1 in town* (for the time being). Russell Gage has declared himself the top dog in Atlanta’s pass-catching corps over Kyle Pitts and during the prolonged absence of Calvin Ridley. Gage went for 11-130 Sunday on 12 targets, all of which led the team. Atlanta continues to play in pass-heavy game scripts which greatly benefits Gage and his outlook moving forward. As long as Ridley continues to stay on the sideline, the longer Gage’s value remains high in fantasy.

With Jeremy McNichols sidelined, Dontrell Hilliard picked up the slack as the Titans pass-catching running back in Week 12 against the Patriots. Although he split snaps with D’Onta Foreman, Hilliard racked up 131 rushing yards against the New England tough front-seven. I’d give Hilliard the nod over Foreman mostly due to his three-down skill-set.

Back from the dead, Kenneth Gainwell took full advantage of no Boston Scott totaling 17 touches, good for 87 yards and a score. The five catches on the day are great, as Gainwell continues to be used in high leverage and passing situations. With Miles Sanders continuously banged up, Gainwell’s stock will fluctuate based on the availability and durability of both Sanders and Scott.

Marquez Valdes-Scantling saw nine targets in Week 12 against the Rams and with Randall Cobb exiting the game with a groin injury, the speedy wideout could become Aaron Rodgers’ clear WR2 moving forward. MVS remained relatively available due to the team’s bye week and should catch a bomb or two against the Bears this week.

Chuba Hubbard should tote the rock at a high clip with Christian McCaffrey done for the season. However, Ameer Abdullah is the better pass-catcher out of the two running backs and saw the majority of touches during the second half of their last game. Abdullah should be stashed in PPR leagues and has tremendous upside in this offense.

On a massive day for the Detroit Lions, Amon-Ra St. Brown came through in the clutch to deliver the team’s first win of the season and finish with an astounding 10-86-1 line on 12 targets. St. Brown came up big when needed for a team that has been searching for more weapons and pass catchers to emerge. The rookie fourth-rounder has shown promise, and there’s potential now he could finally be capitalizing on that with Detroit generally playing from behind each week and throwing more.

Another Lions weapon, newly acquired Josh Reynolds, has had some steady production in the Lions’ passing game. With 12 targets over two games, Reynolds is towards the top of the receiver totem pole alongside Hockenson and St. Brown, while also possessing the big-play upside he had previously shown with the Rams.

While Adrian Peterson led the Seahawks in carries and scored a touchdown last week, his 1.5 ypc was tough to watch and seems to offer limited upside. Rashaad Penny only had one less carry while averaging 3.5 ypc on the day and even caught a 27-yard pass. Penny has always dealt with injuries in his career, but if he could hold those off for the last few weeks, there’s a potential for some return from the Seattle RB1A currently.

We waited weeks for Logan Thomas to return from injury, but he quickly exited after injuring his knee. While Thomas did not appear to tear his ACL, he will likely miss the next few weeks. Ricky Seals-Jones will step in again and should reclaim nearly an every-down role. I’d feel comfortable starting RSJ if necessary.

The ankle injury to Adam Thielen could keep him sidelined for a quick turnaround on TNF for Week 14. In Thielen’s absence, KJ Osborn would get a big bump in production as the WR2 behind Justin Jefferson. Osborn had 4-47-1 on 7 targets last week after Thielen was injured in the first quarter.

With Elijah Mitchell (concussion), Jeff Wilson (knee), and Trey Sermon (IR) banged up and/or on injured reserve, JaMycal Hasty would be the next man up in San Fran. Keep an eye on Mitchell and Wilson, but if both are ruled out, then Hasty would have the backfield to himself against the Bengals. Sign us up for any starting running back with a pulse in Shanahan’s backfield.

Taylor Heinicke is on fire. The man in DC has seven touchdowns to only two interceptions over his last four games and he even mixes in work on the ground. Heinicke gets the Cowboys at home this week, and while they have a knack for creating turnovers, Heinicke should put up points at home.

While Michael Carter continues to be sidelined with his ankle injury, Tevin Coleman has a strong grasp on the RB1 role. He had 11 of the 17 rushes this past week and even mixed in some receiving work with three catches on four targets. If you’re desperate at the position or in need of someone during Jonathan Taylor’s bye week, you could surely do worse than Coleman.

Similar to Osborn above, Tyler Conklin gets a boost from a potential Thielen absence this week. Conklin’s 7-56 on nine targets were all good for second on the team in each category. He’d make for a great TE stream for managers dealing with injuries to Darren Waller or Logan Thomas.

This upcoming week features a lot of low-owned defenses that have very favorable matchups.