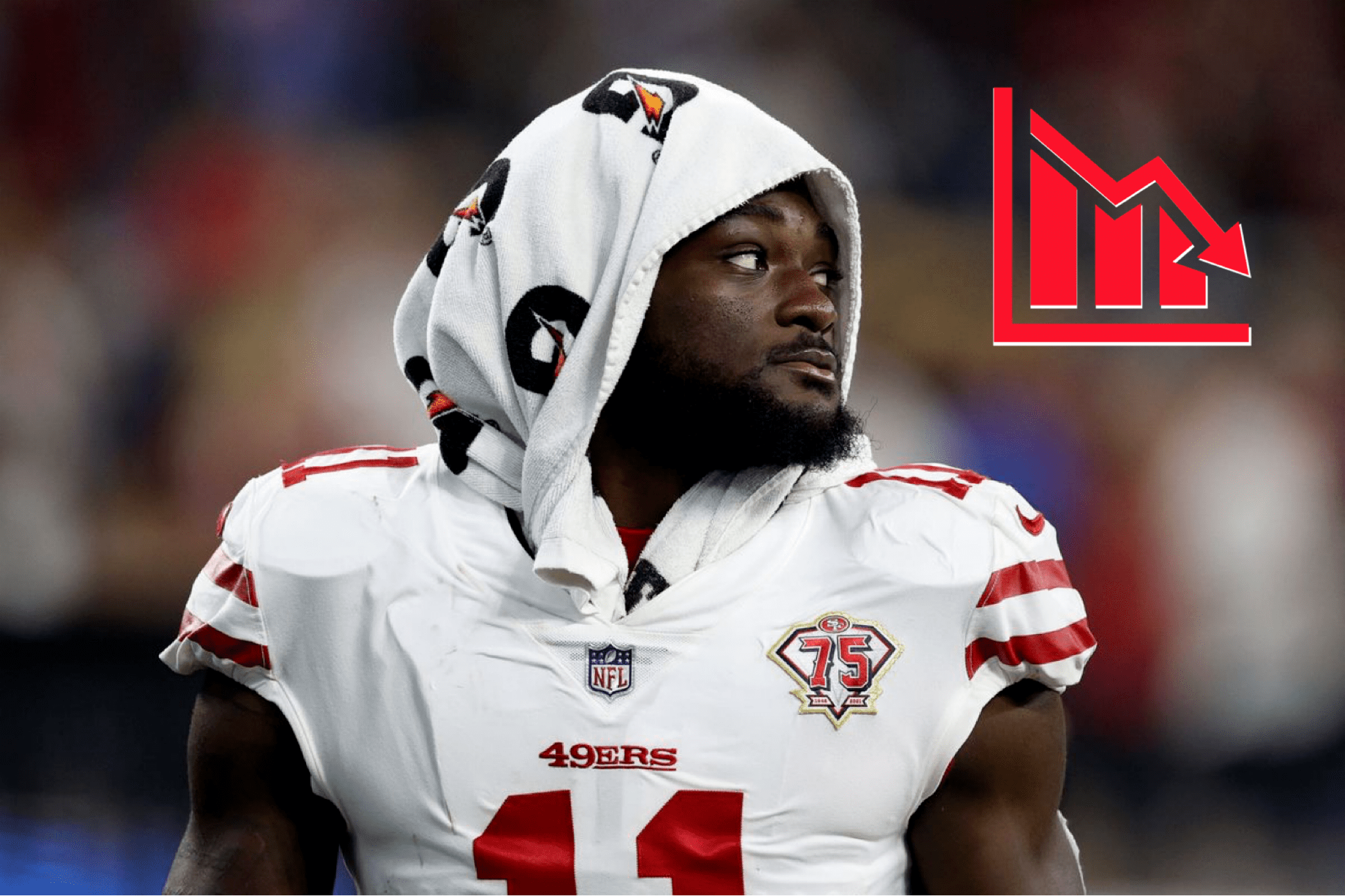 Okay, I’ve got a bone to pick with the 49ers beat. Why didn’t we know Trey Sermon was the “worst” running back on the team and why didn’t we know Brandon Aiyuk “tailed off dramatically” during training camp? These are two fairly significant facts that 49ers fans and fantasy owners should have known well before the Week 1 kickoff.

Only acceptable answer for the lack of reporting on 49ers (Sermon inactive, Aiyuk behind Sherfield?!?) is these writers wanted an edge in their Fantasy Leagues

Where was this info? Seriously wtf?

While it’s nearly impossible for Sermon to go from healthy inactive to stretch run league winner, Aiyuk, who finished the game with a whopping ZERO targets, should be able to eventually overtake journeyman Trent Sherfield — or at least we hope.

Aiyuk only trailed Sherfield by one snap (27 to 26), but both played less than 50 percent of the team’s 55 snaps. Deebo Samuel played a receiver-high 46 snaps and thoroughly dominated with a 9-189-1 stat line and a 48 percent target share.

Kyle Shanahan told team “reporters” that Aiyuk’s playing time was reduced to due him missing several practices at the end of training camp due to a hamstring injury. He also said Sherfield earned the starting spot and subsequent playing time after a strong camp performance.

“We started Trent,” Shanahan said. “They’ve been rotating a lot throughout the preseason, but Aiyuk has only been back for a week after he tweaked his hamstring and we want to be smart with that.

“Also, Trent Sherfield has earned the right to be out there more.”

Trent Sherfield is the first WR to pair with Deebo Samuel. He simply out-performed Brandon Aiyuk in camp to earn the spot.

The second-year wideout led the 49ers in receiving last season, accumulating 748 yards and 60 receptions in only 12 games. Aiyuk suffered a hamstring injury early on for the second straight season, which allowed Sherfield to earn the job and develop a rapport with Trey Lance. The two connected for a touchdown in the first quarter.

I’d normally say it’s safe to start your studs, especially this early in the season. But Shanahan doesn’t seem too eager to give the talented receiver significant snaps, so fantasy owners will have to bench Aiyuk for the time being.

“Aiyuk hadn’t gone the last 10 days with his hamstring and Sherfield was pushing as it was,” said the head coach. “I was planning on them getting a lot in, rotating the both of them and all five guys that were up today. I don’t know how many plays he had but I’m sure it was less than expected.”

No one, not even Shanahan, truly believes Sherfield is the better talent, but it’s clear Aiyuk is in the real-life and the fantasy dog house.

Expect Aiyuk to tumble down The Wolf’s Week 2 Rankings.