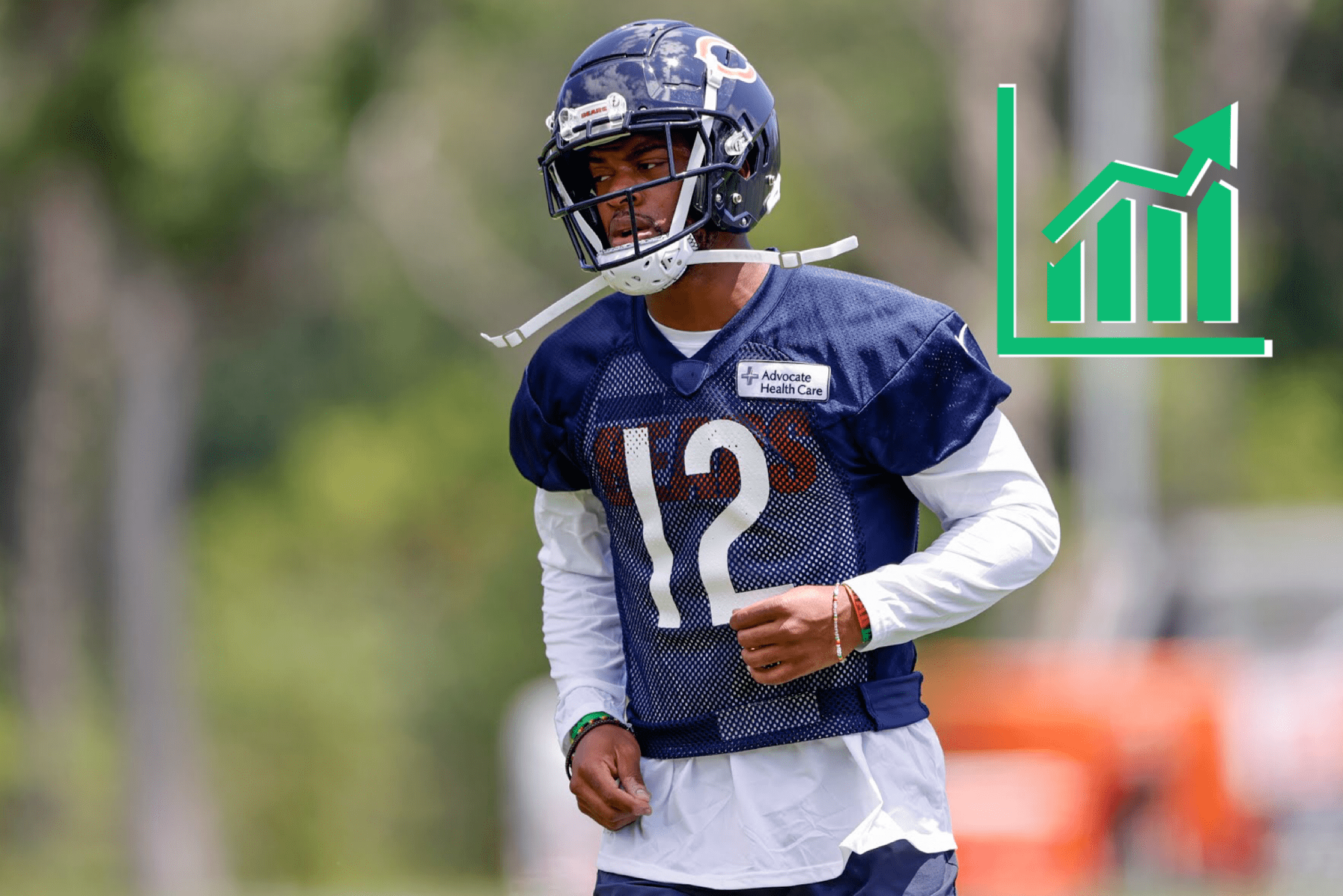 The ceiling is the roof for Allen Robinson with Justin Fields throwing him the rock.

Since being selected in the second round by the Jaguars in the 2014 NFL Draft, Allen Robinson has been dealt the absolute worst hand of quarterbacks. From Blake Bortles to Mitchell Trubisky to Chase Daniel to Chad Henne and to regular season Nick Foles, it’s been an absolute bloodbath for the stud wideout. Nevertheless, Robinson has managed to rack up 457 receptions, 5,999 yards, and 39 touchdowns throughout his career — highlighted by an obscene 80-1400-14 season with Bortles at the helm.

With Trubisky finally out of town, the Bears selected their future franchise quarterback, Justin Fields, at No. 11 overall after adding Andy Dalton in free agency. There’s no doubt that Fields’ individual fantasy potential is off the charts. But most importantly, Robinson might finally have a supremely talented, game-changing quarterback under center.

Like DeAndre Hopkins, Robinson is considered QB proof. Over the last two years with Trubisky and Foles air mailing him, Robinson still managed to finish as fantasy’s WR10 and WR13, respectively.

"Very little wind at all" was the report at kickoff….pic.twitter.com/EWACw72F8H

Since Robinson signed with the Bears in 2018, he’s ranked eighth in receptions, 11th in receiving yards, 19th in touchdowns, and first in contested catches with 61, per PFF. And according to our eyes and the great Matt Harmon, he’s an elite route runner who thoroughly dominates man-coverage (as seen below).

With Nagy sitting on a sweltering hot seat, it’ll be up to him to decide when to hand Fields the keys to his offense.

The Bears traded up to pick No. 11 to select Fields out of Ohio State. Equipt with a rocket arm and speed (4.46 40-yd dash) to leave defenders in the dust, the 6-foot-3, 225 lb quarterback will be fantasy football’s most lethal Konami Code.

As a two-year starter (22 games) at Ohio State, Fields threw 63 touchdowns to 9 interceptions.

If you’re not a college football guy or gal, you have to pop in Fields’ tape against Clemson in the 2021 College Football Playoff. After taking a brutal hit that somehow didn’t smash every rib in his body, Fields put it all on the line to revenge his 2019 season-ending interception against the Tigers. As a result, he made big throw after big throw (6 touchdown passes) out-dueled his long-time rival, Trevor Lawrence, to advance to the national title against Alabama.

According to PFF’s Anthony Treash, Fields put up a career big-time throw rate of 8.4 percent, the highest mark by a Power Five quarterback since PFF College’s inception in 2014. And since 2018, Fields ranks first in uncatchable-pass rate on throws over 10 yards and second to only Joe Burrow in accurate-pass rate on similar throws.

According to Football Outsiders‘ Derrik Klassen, who has charted QB prospects over the past five years, Fields’ adjusted accuracy score was the highest he’s ever charted at 83.2 percent.

“To every level, Fields’ accuracy is simply phenomenal,” Klassen explained.

Additionally, Fields had one of, if not the best deep ball in the 2021 NFL Draft class. He led all of the top QB prospects with 70 percent of his passing yards coming before the catch (air yards). He took deep shots often and completed them at an impressively consistent rate. In a COVID-shortened 2020 season, Fields completed nearly 60 percent of his deep shots (20-plus yards) to the tune of nine touchdowns to only two interceptions.

Of course, an NFL GM wouldn’t announce an incoming rookie quarterback starting over a capable veteran without ever even stepping onto the practice field. But, Pace did mention Nagy’s experience with the Chiefs when they let the raw, yet super talented Patrick Mahomes sit behind Alex Smith for a season.

“Getting him is one thing, but for us to surround him and develop him is the other thing,” Pace explained. “We talk about, you can draft the players, but you have to develop them the right way. And that’s what I love about the environment that we have. And Matt … he has the blueprint. They did an awesome job with Patrick coming into Kansas City, and Matt and I have talked about that a lot. That year and how it was handled. He kind of has a blueprint on how that whole situation went down.

“What I love about our environment is the veteran quarterbacks that we have in that room. I don’t know if you look around the league how many teams have that kind of experience in the room,” Pace continued.

If the Bears actually stick with Dalton for more than three to four weeks, then we have a problem on our hands.

According to PFF’s Ian Hartitz, Dalton crushed the ceiling of nearly every Cowboys’ wideout during his time at the helm. Amari Cooper dropped from WR10 with Dak Prescott to WR12 under Dalton. Lamb fell from WR11 to WR27 and Gallup dropped from WR32 to WR38.

For the sake of this article, let’s say Fields starts over 13 games in 2021. If that’s the case, Robinson might hit a fantasy level that we’ve never seen before from him — which is saying something.

Justin I’m always open but since I’m busy Allen Robinson is as well, no matter what the play call is you can always change it at the los & throw to him to make year 1 easy https://t.co/yWyqkiUKIf

As a result of being the Bears’ clear alpha WR1 and the insertion of Fields, The Wolf ranked A-Rob as his WR10 (+1 vs ECR) on his 2021 Fantasy Football Rankings & Big Board.