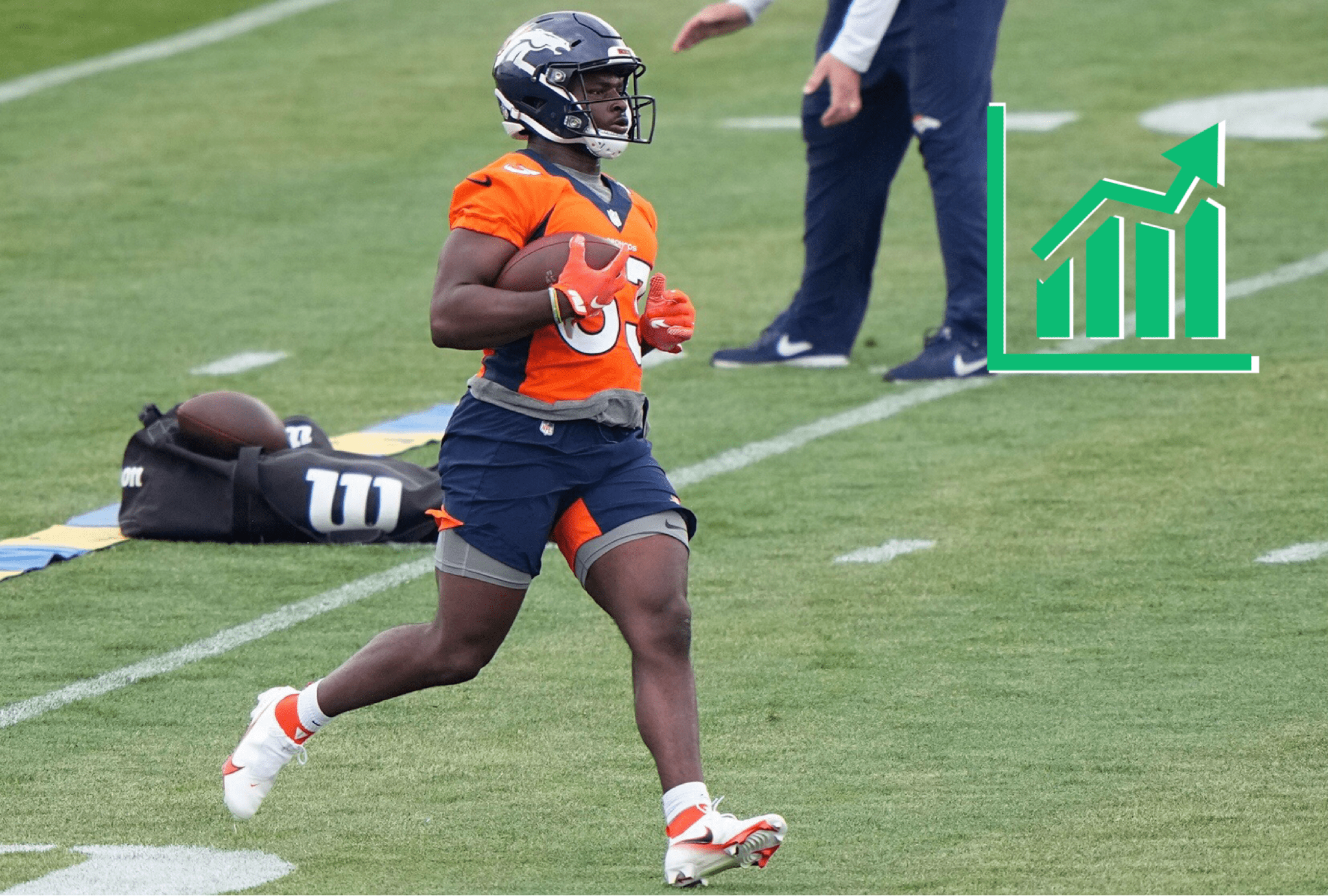 A Broncos beat writer suggests Javonte Williams will be the Week 1 starter.

The Denver Broncos surprisingly packaged No. 40 overall and a fourth-rounder to jump five spots on Day 2 of the 2021 NFL Draft to select their future workhorse, Javonte Williams, at No. 35 overall. Although the Broncos are just one year removed from paying Melvin Gordon a 2-year, $16 million contract and have fantasy darling, Mike Boone, on the depth chart, Williams’ three-down skill-set has already turned heads at Broncos OTAs.

In fact, one team beat writer has already declared the former North Carolina Tar Heel as the team’s Week 1 starter.

“I think he’s the Week 1 starter,” Ryan O’Halloran, Denver Post, suggested in an interview with Sirius XM Fantasy. “You do not trade up in the second round for that position without having him earmarked to be your main guy. Melvin Gordon has been a complete no-show during OTAs. If they thought he was still the starter, I believe he would’ve made an appearance or two.”

The battle between Williams and Gordon will be monitored closely by fantasy owners throughout the summer, but with Gordon passing on OTAs and Williams making an early impression on the coaching staff, the rookie could have a leg up on the competition.

With Philip Lindsay now situated in running back hell, aka Houston, the Broncos have 127 carries and 14 targets up for grabs. Will Gordon and Williams form a committee to make a fantasy headache? Or will the team lean on their shiny new toy with Gordon on his way out the door.

We hope it’s the latter and not the former. 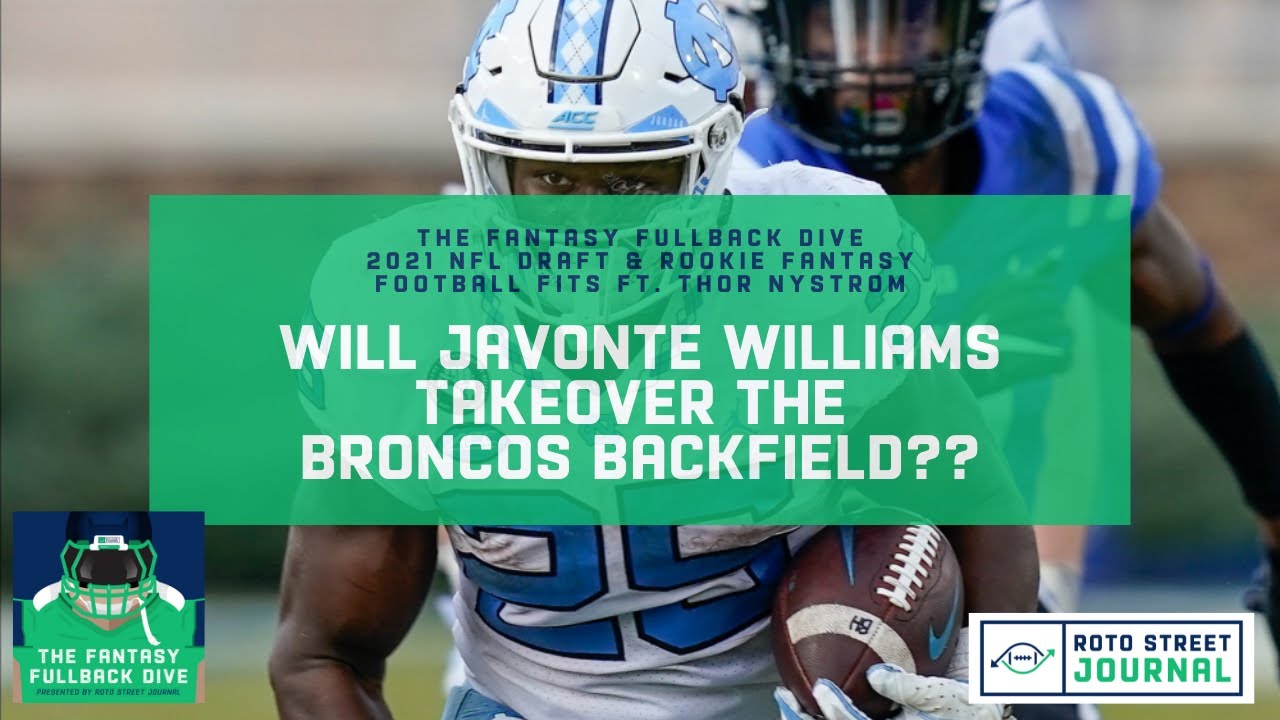 Broncos OC Pat Shurmur is what The Wolf would describe as a “bell-cow breeder.”

In 12 years as HC or OC, Shurmur has at least attempted to ride a sole workhorse in eight seasons. One of the misses saw Adrian Peterson suspended without a backup plan, another was largely Chip Kelly‘s play-calling, a Browns team spearheaded by former Madden cover star Peyton Hillis, and last year’s semi-split between Gordon and Lindsay.

In fact, entering the Giants role, Shurmur ranked second among active play-callers in creating “weighted opportunity” for RBs, via PFF. Before riding Saquon Barkley for 352 touches, Shurmur’s lead-RBs averaged 308.7 carries per season (83.9% of the team’s share) and 61.3 targets. Those lofty numbers only improved after his work with Barkley.

Consequently, Shurmur has coached seven RBs with over 50 catches and the majority also toted the rock over 300 times. He openly admitted his preference for a do-it-all back:

“I think it’s important for a runner to be able to catch. There are three elements to playing running back. Number one, when you hand it to them, they have to have good vision, balance, body control, collision balance and they have to be able to run with the ball and score. You certainly need to be able to pass protect to protect the quarterback. If you can’t catch the ball out of the backfield or you can’t have an impact in some way … then it’s hard to be a full runner.”

While Williams is a more physical runner than Gordon, he can execute Shurmur’s scheme because he can run both inside and outside, catch the ball out of the backfield, and is the more gifted runner at this stage of his career. Not to mention the rookie is also more than adequate as a pass protector — which is typically a qualifier for early playing time.

INDIVIDUAL TALENT: MORE THAN A BRUISER

Williams and new Jets RB Michael Carter were thunder and lightning disguised in Carolina blue in 2020, with both accumulating over 1,000 yards on the ground.

Although Williams is built and runs like a Mack Truck (5-foot-10, 212 lbs), he proved he’s more than just a bruising back. At UNC, he made defenders miss (PFF’s second-highest elusive rating) and made plays on the second level (27 rushing attempts of 15-plus yards). He also led the nation with 75 missed tackles on a whopping 48 percent rate, a PFF record.

NFL team source just now to me on @UNC RB Javonte Williams: "He's the best RB in the Draft. He has the ability to be a 1000y rusher & receiver like @CMC_22. He's as physical as @NickChubb21, as gifted as @A_kamara6 on 3rd down and as patient as @LeVeonBell. He is the MF truth."

Although Carter was more of the third-down, change-of-pace back, Williams also revealed he could catch the ball. He totaled 50 receptions for 539 yards and four scores during his time at Chapel Hill.

“Overall, Williams can be an inconsistent decision-maker at the line of scrimmage, but he creates for himself through balance and power at contact and forces defenders to be near perfect with their technique to get him on the ground, similar to a more compact version of Leonard Fournette,” described Dane Brugler of The Athletic.

WILL WILLIAMS WIN THE JOB?

At the time the Broncos selected Williams, most fantasy pundits groaned because he could have been a workhorse right away for Miami or Atlanta. However, as camp continues to extend into summer and the season begins, Williams should find a way to separate himself from Gordon.

If you look at last season, Gordon shined when Philip Lindsay was either injured or useless. But Gordon won’t have the chance to do the same this year with the more durable and talented Williams on the depth chart.

Overall, Williams and Gordon will likely split touches early on, but Williams has the makings of a stretch-run winner, similar to Jonathan Taylor or Cam Akers in 2019.

Currently going at RB26 (64.7 ADP) in Underdog Fantasy Best Ball drafts, Williams could be a very solid RB3 with potential RB1 upside if given the keys to Shurmur’s stable. The Wolf slotted the former Tar Heel at RB30 (+2 vs ECR) on our updated 2021 Fantasy Football Rankings & Big Board and Gordon sits right behind the rookie at RB31 (-4 vs ECR).