Cam Akers Separating Himself From Rams RBs, Fantasy Bell-Cow Potential in Round 4 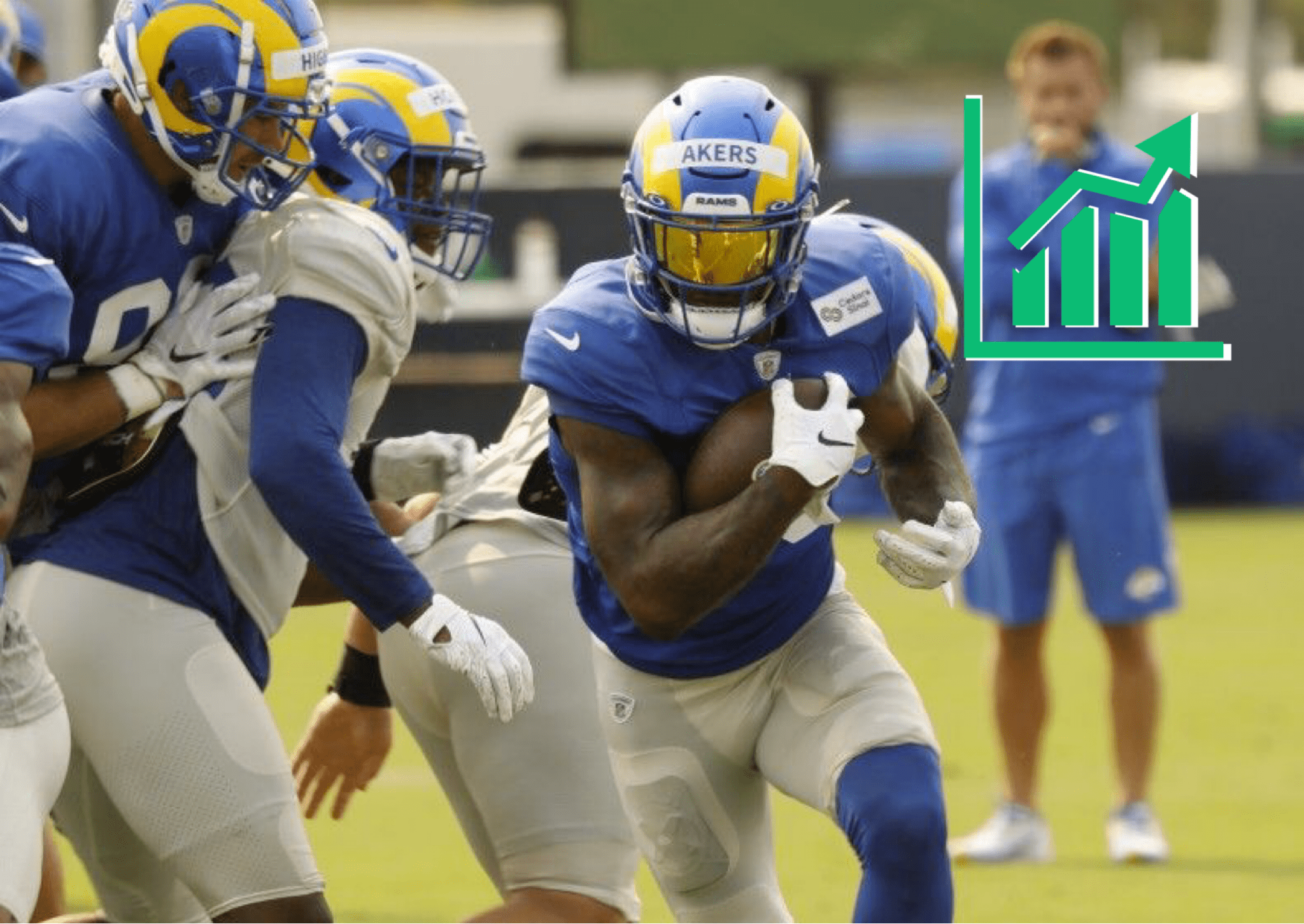 An injury to Darrell Henderson has opened the door for Cam Akers to be the Rams' fantasy bell-cow in 2020.

Cam Akers has been CRUSHING his first Rams’ training camp. Even better? Akers’ path to elusive “Bell-Cow” status has been paved Akers with Darrell Henderson’s hamstring injury, who was also having a solid camp prior to the injury. While unfortunate for Henderson, this has opened the door wide open for Akers to run away with the competition and become one of fantasy’s most valuable commodities for a 4th-5th round price.

Rams running backs coach, Thomas Brown, says he prefers to have a “clear cut starter” that gets most of the carries. While Coach Brown did say the competition would be “on-going,” the Rams have made a point to bring Akers along quickly. The former Seminole clearly has the attention of the coaching staff and has the easiest path to substantial volume at the position.

Akers is the most talented and complete running back prospect on the Rams and had a true bell-cow pedigree coming out of Florida State.

Sure McVay fell in love with what the 49ers did with their running backs last season. True, Henderson, in his own right, is still a very explosive and talented back. Yes, rumblings have emerged that Malcolm Brown will start.

Don’t buy any of this.

McVay has consistently funneled work to a bell-cow. Even if he wanted an RBBC, Henderson’s hamstring is making this impossible.

Conveniently, Akers is an every-down back that can make plays between the tackles.

Oh so Cam Akers is a baller huh pic.twitter.com/d63L8zJIpm

Additionally, as covered with Graham Barfield on our Fantasy Fullback Dive podcast, Akers was a Yards Created standout who surprised on draft day. Upon drafting Akers with their first selection of 2020, despite burning valuable capital into Henderson the year prior, GM Les Snead praised Akers’ “size, speed, and power” along with his “ability to catch the football, ability to protect the passer.” All “bell-cow” traits.

While there is still some concern about the Rams offensive line, Akers thrived despite playing behind the worst offensive line in college football. Akers’ upside in this offense is being slept on more, perhaps, than Akers himself. Mr. Sheil Kapadia, of The Athletic, has Akers leading all rookies in rushing yards this season.

“One of Sean McVay’s primary goals this season has to be improving the run game,” wrote Kapadia. “Los Angeles ranked 20th in efficiency last season and parted ways with Todd Gurley. The team drafted Cam Akers in the second round, and he could be in store for a big role right away, especially considering that Darrell Henderson has been slowed by a hamstring issue.”

Akers is currently the RB18 (+7 ECR) and the 39th ranked overall player (+18 ECR) on the Wolf’s 2020 Fantasy Football Big Board. With legit league winning upside, Akers is a sneaky bell-cow currently going in the fourth round of most drafts.