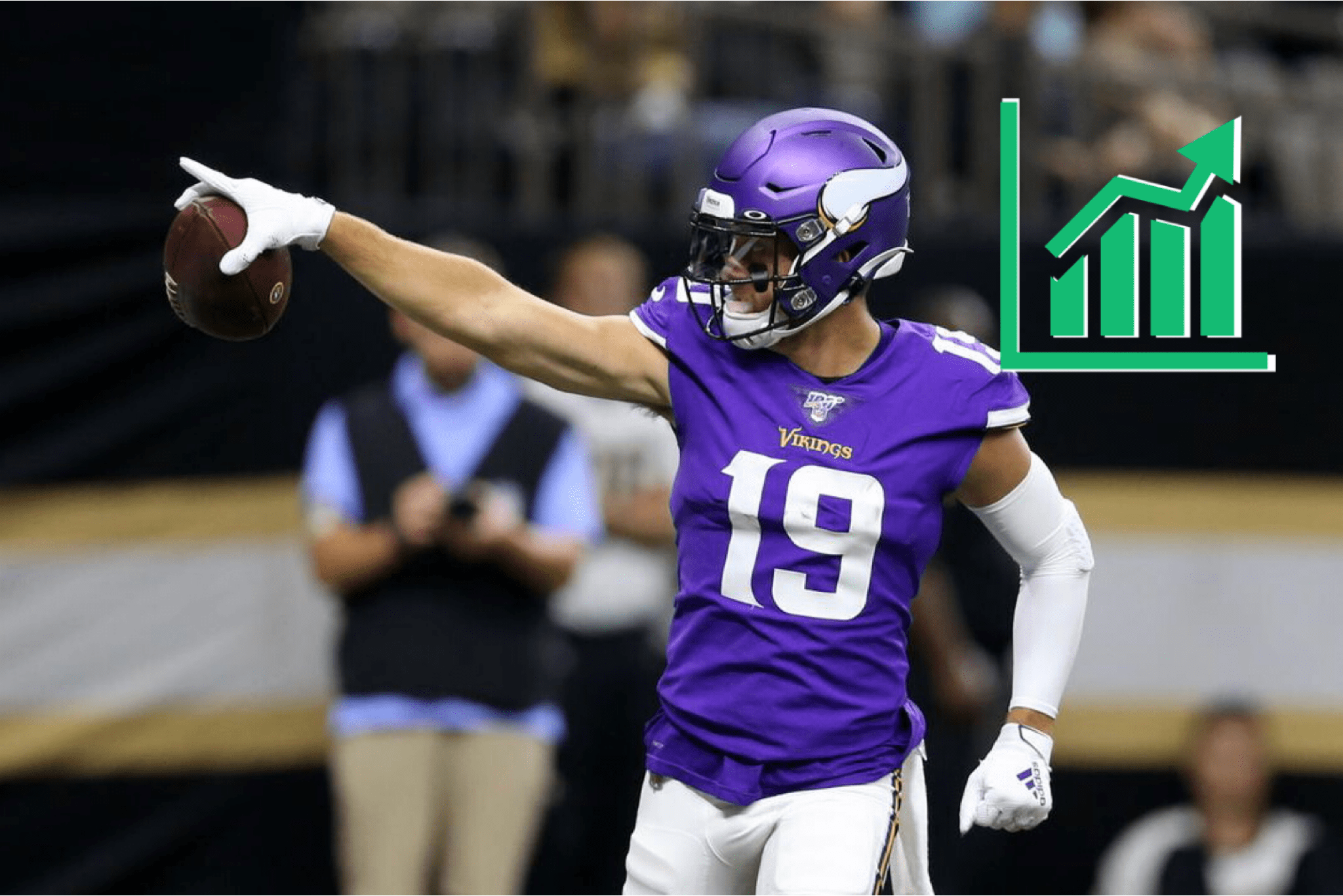 Stefon Diggs' target share is now up for grabs in Minnesota, with Adam Thielen set to take advantage.

In the second WR blockbuster trade of Monday, Stefon Diggs has finally been granted his wish. He’s out of Minnesota and headed to the Buffalo Bills for 2020 1st, 5th, and 6th round picks, plus a 2021 4th-rounder.

While Diggs fantasy value is obviously impacted, many are overlooking the immediate fantasy winner of this trade:

Stay up to date on all the Free Agency Fantasy Fallouts! Bookmark our Fantasy Stock Watch. Even better, consume them in our cleanest format by downloading the Roto Street App.

Let’s forget for a second that he only played 10 games and hauled in a meager 30 balls in 2019, and consider a few things:

1) Prior to his Week 7 hamstring injury, Thielen was still the top-WR here. Over the first six weeks, Thielen was the WR9, hauling in 6 TDs and falling below 12.5 FPs just once.

In short, Thielen has been a Top-10 WR whenever healthy the last three years… and that’s with Diggs there.

A) Iron-clad chemistry with Kirk Cousins, especially in the Red Zone.

In six less games last year, Thielen recorded 4 more Red Zone receptions (5 to 1) and more TDs (7 to 6) on just one more target. The pairs stats in 2018, when both were health (via PlayerProfiler):

Cousins and Thielen have a proven, unbreakable rapport that’ll be on display now more than ever before because of…

B) The LOL group of remaining pass catchers left in Minnesota. The WR depth chart:

Raise your hand if your just as confused as us.

Dalvin Cook was the team’s second leading receiver with 53 catches, and behind him were tight ends Kyle Rudolph and Irv Smith Jr, who both failed to eclipse 40 catches on the year. Second year pro Olabisi Johnson temporarily slides into that WR2 role, but it would be shocking if the Vikings avoided this deep draft class, or perhaps a veteran Free Agent WR.

Still, a healthy Thielen could easily return to 2018 form, largely do to a volume spike.

As we know and saw last year, the big staple of the Kubiak offense is the zone run scheme, as Cook exploded for a monster season. In the passing game though, he funnels to an Alpha WR1.

Thus, even in one of the run-heavier attacks in the NFL, Kubiak has facilitated the following WR stats:

Thielen could easily hit that 170+ target, 100+ catch threshold within this current offense. Yes, there’s always the risk of whether or not he can handle greater defensive attention. Still, with his flexibility to play both inside and outside, expect Kubiak to move Thielen all over the formation.

Thus, Thielens should back in the Fantasy WR1 range, with as much upside as any in the game. He explodes up to my WR12 and 32nd overall ranked player.