Cheapest Bellcow: Lamar Miller labeled “a three down back” in Texans Explosive Offense 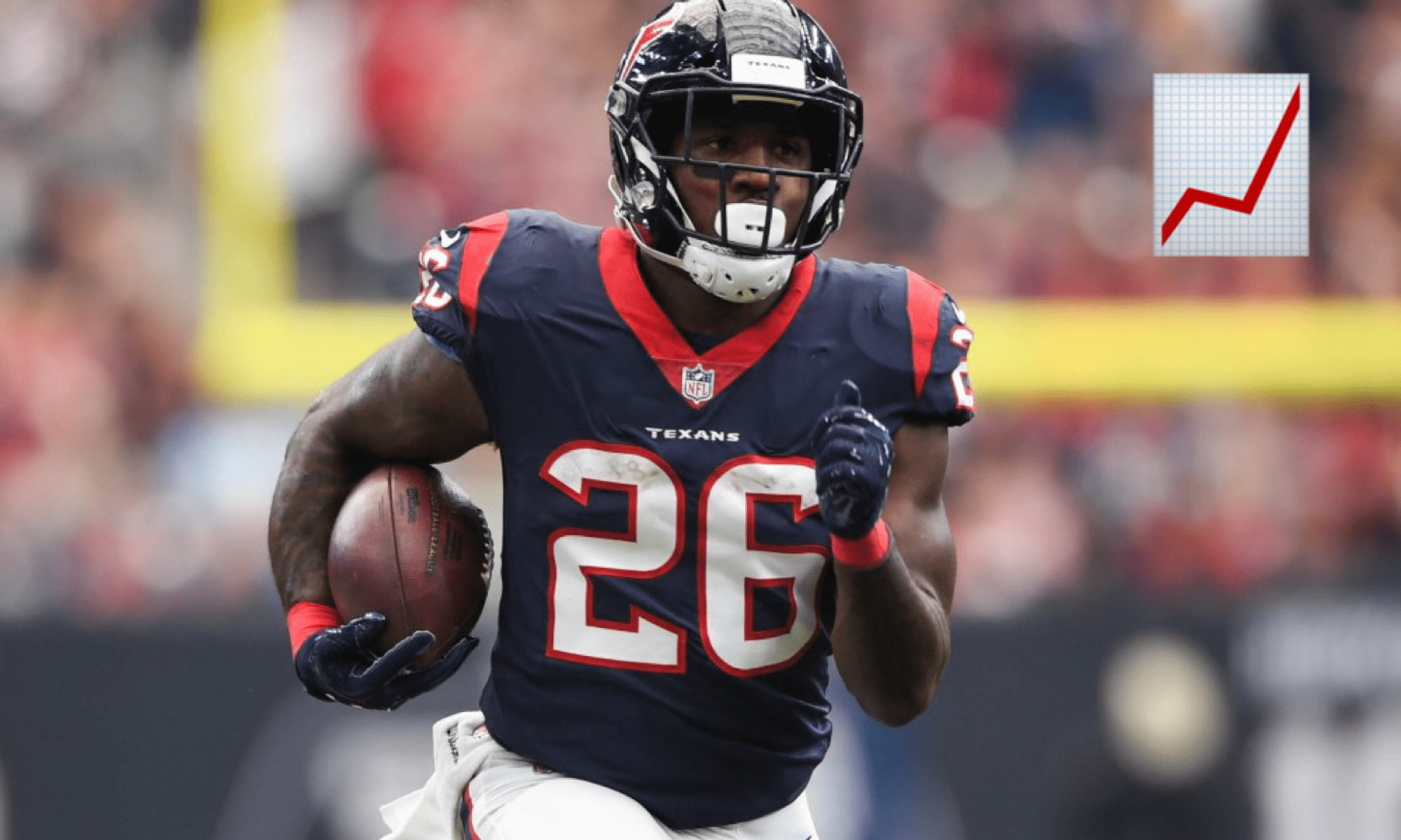 Again set for "three-down work," Miller should be a massive fantasy bargain... even if he's below-average himself.

Though he’s a pedestrian “Individual Talent,”  Texans RB Lamar Miller is again slated for heavy “Usage” inside of a now-juggernaut offense. According to HC Bill O’Brien, Miller is “what we call a three-down back. We feel like he can play on first, second and third down. He’s a very good pass protector, blitz pickup guy. He’s really good at that.” With a massive workload confirmed, Miller projects as an insane bargain at his 5th Round asking price.

As explored earlier this offseason, Miller’s output since joining the Texans doesn’t warrant his annual massive workload. He’s finished 11th in total touches in back-to-back seasons, including the 8th most carries over this span, yet finished as the PPR RB16 and RB19 respectively. This is due to awful inefficiency, as Miller’s averaged a meager 3.88 YPC, caught only 34 passes a year, and been perhaps the least elusive back in the entire league, forcing a pathetic 44 missed tackles over 506 carries (puke-worthy 8.7%).

Yet, he faces minimal competition for work, has his coach’s ringing endorsement, and is set to see this work inside an excellent offense, as long as Deshaun Watson remains healthy. In fact, Miller ranked as the RB8 over Watson’s six starts, averaging nearly 15 FPs per game as compared to under 10 without him.

The volume should remain in 2018, as O’Brien continued heaping on the praise: “Very good runner, good receiver out of the backfield, very smart player. He and Deshaun have a real good chemistry back there in the backfield, and he’s a good guy to have back there. Great work ethic…He comes every day. I can’t remember a time where he’s missed practice.”

Thus, even if the Individual Talent is missing, Miller will benefit from a tremendous combination of Usage,  Surrounding Talent and a creative, run-heavy Offensive Scheme. Plus, he’s slimmed down to 217, back to the weight of his Miami days where Miller actually was efficient and explosive.

If he can recapture this form while seeing this heavy volume, Miller’s RB1 ceiling is incredibly real. At a 5th round price, Miller is the ideal RB2 target if you go WR-Heavy early on. He’d be excellent to pair with Mark Ingram, allowing you to stay happily afloat before your true RB1 arrives. The only risk seems to be D’Onta Foreman, who’s a bruiser when healthy but remains on the PUP list. The line is also awful, but the lanes are often open with such explosive outside threats streaking downfield. Thus, steal Miller while you can, and ride the wheels off of him.