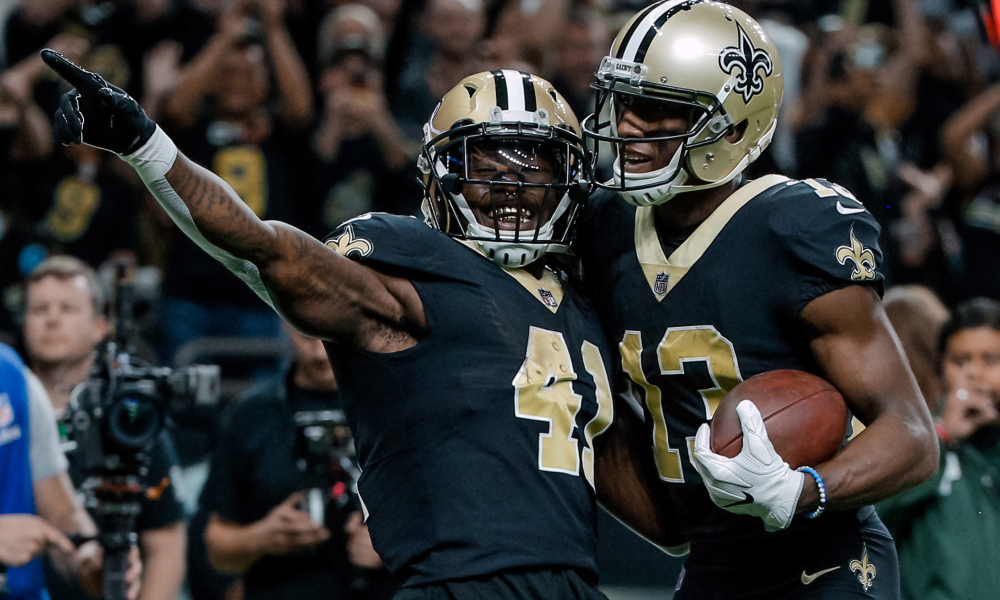 Saints Insider Nick Underhill of The New Orleans Advocate joins us to break down Mark Ingram's suspension, Alvin Kamara's sophomore expectations, Mike Thomas and his beastliness, and all the new weapons in 'Nola

On the Fantasy Beat 3:

As a consistent points factory under Sean Payton and Drew Brees, the Saints are always among the NFL’s most fantasy relevant team each year. In fact, the Saints have finished within the Top-10 in Total Points in 9 of 11 total seasons with these two, including 6 finishes in the Top 5.  As such, we go right to the source to breakdown this crucial offense by welcoming on The New Orleans Advocate’s Nick Underhill.

First, we dive into Mark Ingram’s 4-game suspension for PEDs, and the massive fantasy implications this could have on him and the rest of the roster. Find out how rookie sensation Alvin Kamara could be impacted, as well as who could fill the “Big Back” role over the four-game absence (and why this is so crucial to know).

Plus, after ranking in the Top.7 in Passing Play Percentage for seven straight years, the Saints fell all the way to 20th in 2017 behind a high-powered running game. Underhill breaks down why this switch happened, and if we should expect more of the same in 2018. On the passing game front, Underhill breaks down:

–How Michael Thomas looks even more dominant in camp but could still regress statistically.

–How explosive rookie WR Tre’Quan Smith is looking in camp, and the type of ability he brings to this overall attack

Plus, Underhill lays out his predictions for the Saints 2018 season, as well as how the NFC South will play out. Few beat writers are more in-tune or accurate than Underhill, and this is a true must-listen for Fantasy and Saints fans alike Currently in his fourth year as a Saints beat writer for The New Orleans Advocate, Nick Underhill is no stranger to juggernaut offenses.

Especially considering he began his sports journalism career as a Patriots beat writer for MassLive (2010-2014). Whether Tom Brady and Bill Belichick or Drew Brees and Sean Payton, Underhill has been breaking down explosive attacks for eight years running.

As such, Underhill has a keen eye when breaking down film, and is a true X’s and O’s guru. In addition to his excellent, in-depth written work, Underhill breaks down the team alongside Kevin Washington on their “Saints Talk” podcast.

Don’t use any of the apps above?

Join “The Wolfpack” to get every new episode and “show notes” sent straight to your inbox!