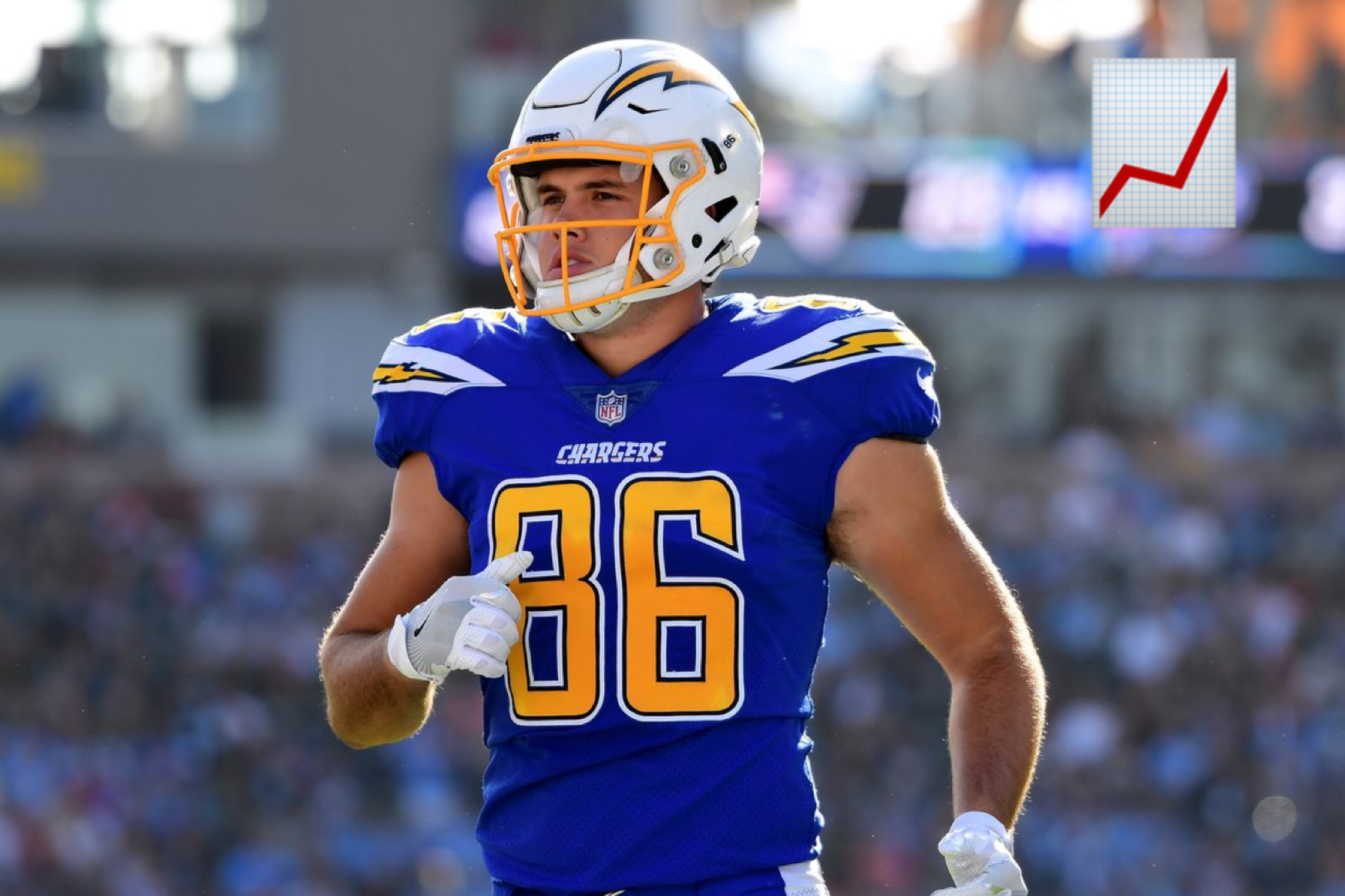 An epic, if not game-changing, 15-year run is coming to a close. According to Adam Schefter, the Chargers have informed Antonio Gates they do not intend to re-sign him, despite Gates’ open desire to continue playing.

From a fantasy lens, this indicates the team’s upmost confidence in perhaps their next stalwart TE: Hunter Henry. The Talent, Scheme, and Surrounding Talent were already firm with the third-year Razorback. Now, a hefty spike in Usage will help buoy Henry’s floor and also raise his ceiling, priming him for an Ertz-ian leap in 2018.

The Wolf’s long been a Hunter-Truther. In fact, the copious amount of steam we poured into the 2017 Henry Hype Train made Henry’s 7th most PPG feel… underwhelming.

But we’re prepared to shove the chips right back in and Double Down on the 6’5″ athletic freak, especially with a Volume Surge about to send his fantasy upside to new heights.

You see, the Talent has long been clear. Since joining the league, Henry has flashed size, smooth routes, athleticism and soft hands parelelling the position’s elite. The efficiency stats over this span support this as, according to PFF, Henry has ranked first in fantasy points per target, second in yards per target, and third in yards per route run.

More impressively, as Scott Barrett points out, “Henry finished 2017 with the seventh most fantasy PPPG in 2017, and has hit at least 70 receiving yards or scored a touchdown in 17 of his 25 targeted games (68 percent). For perspective, that’s better than Rob Gronkowski over the same timeframe. He also ranked behind only Gronkowski in PFF grade last season.”

All of this, despite logging only 44% of the Chargers’ tight end targets, as compared to 54% for the rotting corpse of Gates. With the Gates Roadblock removed, Henry’s share should swing closer to 70%, if not higher. All the stats suggest he’s going to produce, it’ll just be far more often in 2018. Especially considering Philip Rivers’ notorious love for targeting seam-stretchers, especially in the red zone — not long ago, Henry led NFL TEs with 8 TDs as a rookie.

In summary, Henry’s set for a major Usage increase. Given the talent, efficiency, and rapport with a QB who’ll pepper him, Henry has a real chance to jump into the “Kelce/Ertz” tier in 2018.