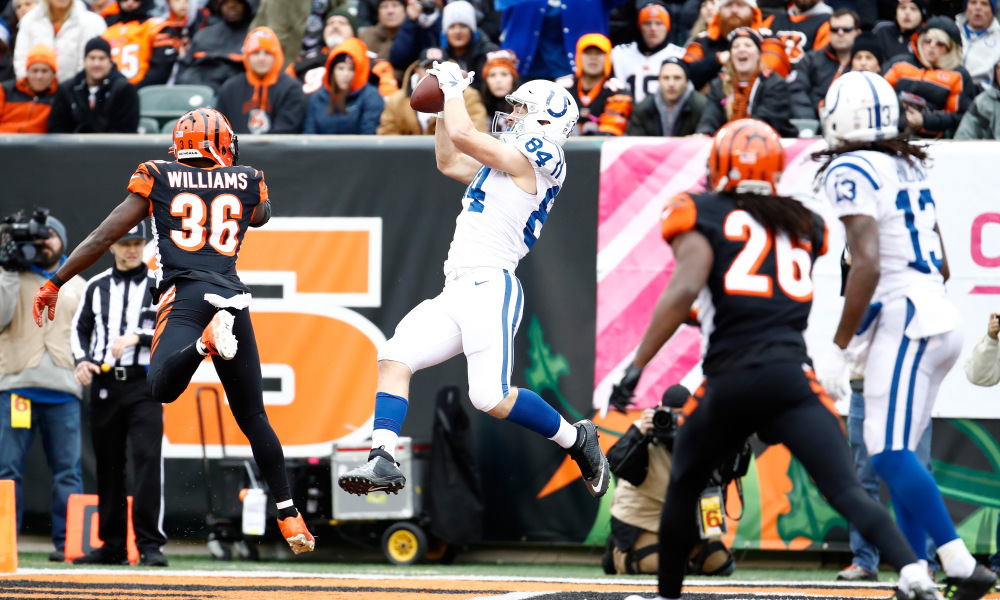 'The Beanstalk' had HOW many targets?

Week 8 saw a return to high paced offense, the season’s most gruesome injury to date, and many surprises in terms of usage. Let’s get to er!

Check out this stat: Cooper Kupp is the only rookie receiver who has more receiving yards this season than JuJu Smith-Schuster had in Week 8 alone. Logging 50 snaps to Antonio Brown‘s 59, it looks like Martavis Bryant (demoted) is a thing of the past.

Seeing 56/69 snaps and some big plays where Russell Wilson obviously trusts him, Richardson is starting to look like the exciting player many thought we’d see when he was drafted. With MVP caliber quarterback play from Wilson, who is on pace for a career high 590 pass attempts, you’d be wise to grab any pass catching option in Seattle, but you’ve gotta be happy with Richardson moving forward. His big play ability is now being seen.

Without Deandre Hopkins‘ blow up game, Thielen would’ve been ranked as the NUMBER 1 IN RECEIVING YARDS CATCHING PASSES FROM CASE KEENUM. Show him some love. He may do it quietly and without much flash, but as the number 1 option when Stefon Diggs is hurt, or when he slides back to the number 2, he’s proving to be as reliable as they come.

Before we dip into these two, Week 8 also saw a fellow receiver Josh Doctson set a career high snap count (50/59 snaps) although not leading to a great statistical game. Pryor logged a season low 20 of 59 snaps. Jamison Crowder logged 56 of the 59 total snaps and had his best (really his only relevant) game of the season. Perhaps the weather played into why Kirk Cousins was feeding the short-intermediate routes, but with Jordan Reed banged up, knowing who is logging snaps in this offense is extremely important as they are a pass-happy team, attempting nearly 40 passes/game the last 3 weeks. Also, Crowder had the most targets and receptions of any player in the league in Week 8.

Josh McCown usually plays it safe, but if you give him a matchup where he can put his big arm on display, either one of these guys can get free. This past week it was Anderson. Your guess is as good as ours who it is next good matchup. This duo is very similar to Allen Hurns and Marquise Lee in Jacksonville. One will be worth starting just about every week, but guessing who is the real trick.

We mention Matthews because he was gaining a bit of hype after getting a bit healthier and ready to be Tyrod Taylor‘s only experienced target in the passing game. He was limited to just only a few targets and an average of only 3.3 air yards per opportunity. Not great.

We hope you tempered expectations or at least sold high. He may have a couple good games here and there, and he’s got some great upside with Carson Wentz on his side, but to think he is going to maintain this crazy run of great games is somewhat insane-asylum worthy.

You are going to be waiting for a while for the rookie to be productive on your roster. Outside of dynasty, you’d be wise just to cut ties. Too many cooks in the kitchen on the Chargers.

Yes, he played 57 snaps. Yes, he gained one target. Cool. It doesn’t appear Andrew Luck is going to dress up as a superhero and save this receiving core for Halloween, or anytime soon for that matter. T.Y. Hilton is the only wide receiver worth having here, and even he is more boom-busty than usual.

Only one tight end had more than 65 yards in Week 8. That is depressing, but it was Doyle! He has now strung a few solid games together, and seems to be developing a rapport with Jacoby Brissett. With not much going in the passing game, and seemingly always battling back, Doyle should be a solid option moving forward when the matchup is decent.

Quietly having a good year, Rudolph isn’t going to explode, but he is always going to have his targets. Finding a tight end that gets consistent looks is all you can ask for from a position that lacks consistency.

We see the real deal again with the tight end pecking order in Tampa Bay. In dynasty, go Howard, but Brate isn’t going away and therefore is a better rest of season option.

Since the return of touchdown machine Will Fuller, Griffin really hasn’t been used. To only gain 2 targets in an absolute barn burner, it’s hard to trust Griffin as Desaun Watson has really found his groove without needing to feed the tight end position.

Just so you know, McCoy played every running back snap that was to be had (52) for the Bills in Week 8. That is all.

We were worried about D’Onta Foreman, but even Alfred Blue had more snaps than him (11 for Blue and 1 for Foreman). Something tells us there is more to this situation than meets the eye, as Foreman has looked good in recent weeks and is a true pounder, but having Miller on such an explosive offense will give him a chance to reach the end zone more and more, with above average total yardage to boot.

Javorious Allen is going to get passing down work, especially when they are down and throwing more often than pounding the ball. BUT, an interesting note, he outperformed Buck in his own game. Giving him the ball in the end zone is the only constructive criticism we can give, but if Baltimore is up, Collins will be heavily utilized.

46 snaps to Thompson and 13 snaps to Kelley. Thompson has a stranglehold on the work in the backfield, and it’s not even close.

Let’s just call purple the confused color. What the heck is happening in Seattle with the run game. Yes, the O-Line is horrendous, but you’d think someone could succeed. Rawls logged 41 snaps, while the next closest was J.D. McKissic with 16. If the Seahawks face a bad defensive front, Rawls could have a game, but really… -1 rushing yards?

How about a little “caution-yellow?” Carlos Hyde is now No. 3 in RB targets and is on-pace for 62 receptions on 95 targets this season. This could be sneaky, while everyone is off the Hyde bandwagon, he is gaining his most work ever in the receiving game (think how the Falcons used their backs with Shanahan). However, you’d be wise to grab Matt Breida and stash him just in case.

Gaining 33 snaps to Theo Riddick‘s 29, this is not as clear a backfield as Abdullah owners would like to think. It looked like at one time Abdullah could seize the receiving work as well, which would not allow the defense to see what was coming. Doesn’t seem to be happening anytime soon.

Mixon’s 67 yard catch and run saved his day, but not really. Analysts were saying this would finally be the Mixon game. Do we realize that next week is Week 9? Mixon still hasn’t truly flashed, which begs the question, will that happen this season?

6 less snaps than Corey Clement, and we thought this may be the breakout game. Oops. LeGarette Blount or bust it seems in this backfield, though we are still holding out hope.

In Week 8, Tight Ends combined for 1107 total yards. In the Week 8 Game of the Year Nominee that saw Houston and Seattle go back and forth at breakneck speed, there was 1011 yards of total offense between the two teams. 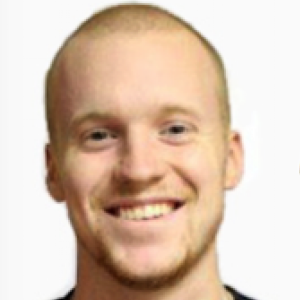