Fantasy Football Week 3 Start/Sit: A Song of Ice and Fire 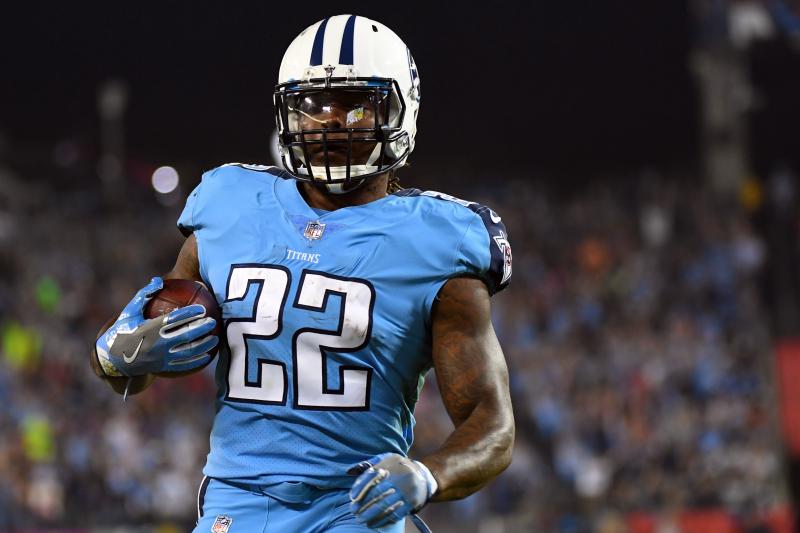 No, the Lannisters didn't write this blog, but we like plenty of Lions this week against Atlanta.

Week 2 had a weird vibe to it. I equate it similar to just after the Red Wedding, where we had all been shocked the week before and just didn’t know what to expect going forward. Only this time instead of Robb Stark getting stabbed in the heart by Roose Bolton, the fantasy gods sent us their regards by taking David Johnson from us for the year. Just a heart breaking injury that I’m not sure I’ll get over.

The Week 2 picks came out pretty solid, most notably LeSean McCoy in that shitshow of a game against Carolina. While those were nice, nothing stung more than watching Julio Jones and Tyreek Hill do nothing while Dez Bryant whipped out his Pod-like magic cock and went to town on me.

I love Stafford at home, and when you pair that with the likely high scoring game that should be coming against the Atlanta Falcons then plenty of fantasy points are to be had. He played well against the Giants despite a run heavy game plan since Detroit was up for what seemed like the entirety of the game. Simply put, Detroit won’t be able to run heavy and kill the clock playing against this Falcons offense.

We’ve been waiting, dormant in a dark and far off corner of the world. Much like the actual White Walkers, Derrick Henry owners have been waiting for DeMarco Murray to go down (similar to The Wall) with an injury. Now with Murray dealing with hamstring tightness along with just an ineffective 2017 start, Henry looks to be ready to take the reigns of the Titans backfield. Despite facing off against the Seahawks, a RB1 volume is enough to make Henry startable in all leagues.

As we saw in weeks one and two, pass catching backs have had success against the Falcons. Enter Theo Riddick, one of the premiere pass catching backs in the league. First it was Tarik Cohen that exploded and then Ty Montgomery had himself a game versus Atlanta. Riddick should be heavily involved in the game plan after other RB Ameer Abdullah didn’t see any targets in last week’s game against the Giants.

Seeing a theme here? The Lions at home in such a big game is likely to bring out the best of their offense. While a lot of the attention will be focused on Golden Tate and Marvin Jones Jr, that should free up some space for Golladay. The big red zone threat had a quiet Week 2 game as did the rest of the Lions receiving core. Give us a nice back shoulder fade in the corner of the end zone for Golladay to go snag out of the air and over the Falcons defenders.

The Browns are road favorites! I repeat, the Browns are road favorites! You don’t see this too often so it’s putting some Browns players in decent spots. Higgins came in and took the WR1 role from Kenny Britt as he racked up a plethora of targets from both Deshone Kizer and Kevin Hogan. Now facing the Colts, this allows the Browns to actually move the ball and have a real shot at winning.

Doyle just seems poised to be absolutely peppered with targets this week by Jacoby Brissett. The Browns don’t pose much of a threat so this could be the week where the Colts offense doesn’t look like utter shit. If anything Brissett is likely to rely more so on his tight end than chucking it deep to TY Hilton or Donte Moncrief.

The Seahawks offense has been downright puke worthy material through two games. After not being able to muster up anything at home against the 49ers, I don’t know where you even go from here. Now traveling East to take on Tennessee, this isn’t a defense that you just shred up and Seattle’s offensive line has just looked really bad.

Fournette is making his first trip across the pond to play the Ravens at Wembley Stadium in London. The Ravens defense has looked legit to start the year, and the Jaguars looked much more like their normal selves against the Titans. We know that Blake Bortles turns into some super human once he’s playing in London, so in reality he could end up being the focal point of the offense for the day as ridiculous as that sounds.

Miller owners must have been pulling their hair out on Thursday night watching the Texans continue to feed D’Onta Foreman throughout the contest. Miller has not lived up to the hype since being signed by the Texans two years ago, and it looks like a changing of the guard is becoming more of a “when” not “if” question. Now traveling to New England, the Patriots have done well stopping Miller before along with other RBs the past few seasons.

Cue the dumpster fire meme pictures related to the New York Giants offense. It’s just that bad right now as Eli Manning has no time to throw and no running game to bail him out. The Giants head to Philadelphia this week and Odell still doesn’t look like his full self at the moment. With the ankle injury likely still bothering him, it’s better to wait until he heals and this offense finally figures itself out. It’s just not now.

After getting only seven targets through two games, Watkins has carved out such a little role in this Rams offense. Drawing the Thursday night game at the 49ers, offense is likely to be hard to come by for both of these teams. Los Angeles has had good success running through Todd Gurley and I suspect he’ll see the lion’s share of touches for the Rams on a low scoring Thursday game.

Similar to Wilson, Graham and the Seahawks have greatly under performed. It sucks to see these great opportunities squandered by Graham and company, but they just can’t seem to get the offense on the same page. The Titans have done well against tight ends so far this year, and with only four targets through two games Graham is hard to trust. It also doesn’t help he’s currently dealing with an ankle injury that could keep him out for Week 3.