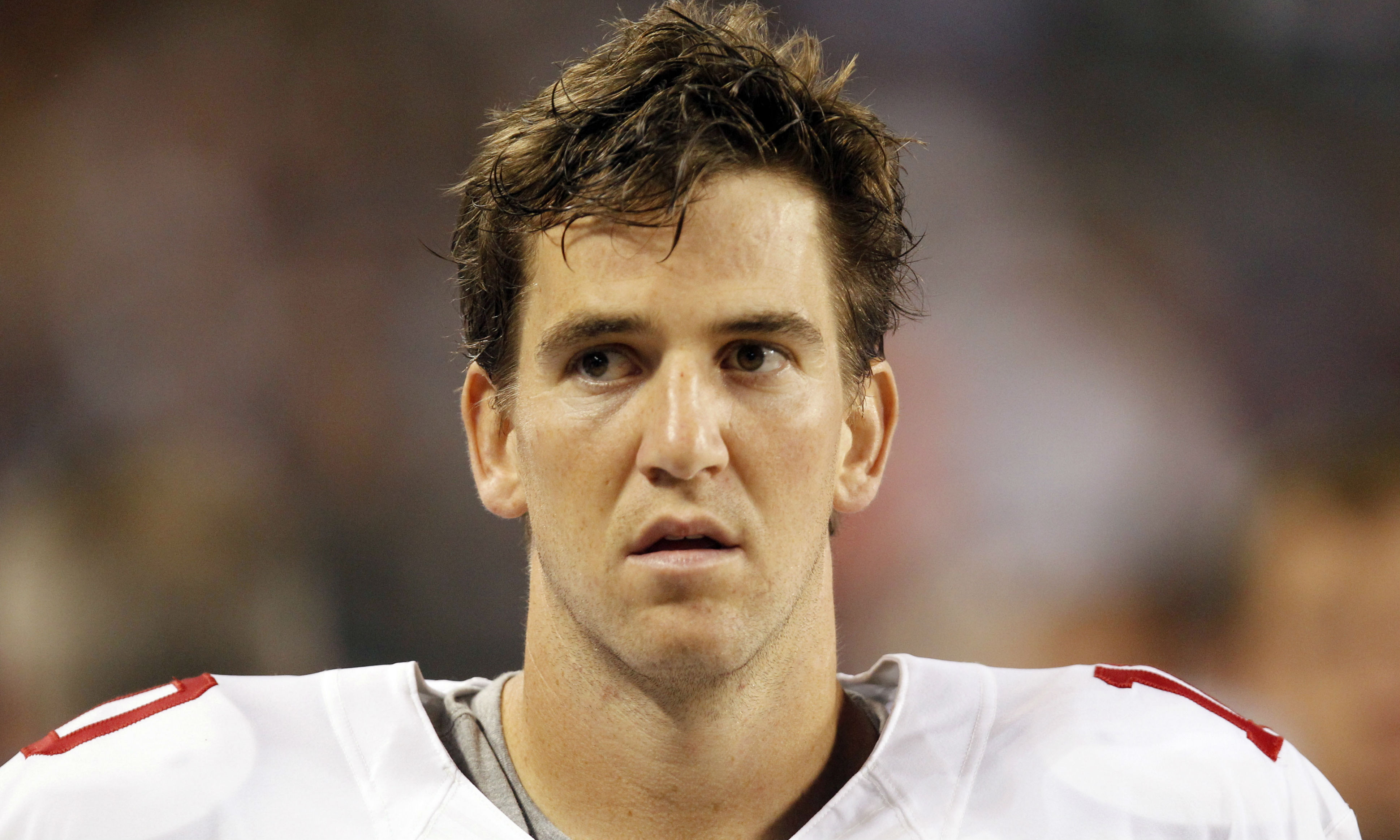 The Mannings are involved in yet another scandal that will be swept under the rug.

NY Daily News — Eli Manning is in need of a good defense.

“2 helmets that can pass as game used. That is it. Eli,” the quarterback wrote to Giants equipment manager Joe Skiba from his personal AOL account in 2010.

The legal filing, submitted Tuesday in Bergen County Superior Court, is part of a lawsuit alleging that team employees created and sold dozens of fake items that were bought by collectors and fans.

I just can’t believe this. It’s official: Tom Brady should be banned from the NFL. He’s a liability, really. I know this isn’t my typical homerism, but I just can’t help myself: he’s had too many chances. Deflategate had its holes, sure, but this is as clear-cut as it gets: Brady has made millions of dollars through contracts and endorsements in his career, but still feels the need to dupe memorabilia collectors who are paying good money for game-used equipment and give them “helmets that can pass as game used.” It’s just disgusting, and I really hope the NFL punishes him properly for this.

Wait, this was Eli? Eli Manning? The King of New York himself who’s won 2 Super Bowls and neither he, nor any member of his immediate family, has ever done anything wrong ever? Hmm, now I’m just confused.

I’ll start with this: I’m a big memorabilia guy. Big. Like when I walk into a buddy’s mancave and he’s got autographed shit and authentic sports stuff all over the place, I’m in heaven. I discovered a store in the Burlington Mall last month that’s just full of signed sports memorabilia, and I just wandered around for a half hour, close to tears but just too happy to cry. That store is my happy place now. I don’t know what it is, but if you can show me a basketball signed by Larry Bird or a game-used bat with David Ortiz’s autograph, I’ll literally do anything you ask of me. It’s a problem, and one I’m working on, but we all have our issues, and that’s one of the many, many issues that currently plague me. So that being said, this really hits home to me, and I’m pretty pissed off about it.

And obviously people will disagree with this, but it’s just a plain fact that if this story involved Tom Brady instead of Eli Manning, it would be a much bigger story. And it’s not just a Brady thing — this would be a bigger story if it were a number of guys. Cam Newton. Ben Roethlisberger. Le’Veon Bell. Odell Beckham, Jr. The point is, the media and the majority of America seems to be far too quick to give the Mannings a free pass whenever possible. It happened when Peyton had HGH shipped to his house under his wife’s name, and it happened when the story broke on multiple occasions that Peyton teabagged a trainer in college. They’re America’s family, goofy-facing their way through life, and nobody seems to care when they do anything wrong. It’s just strange.

So is this a story that, when looked at in a bubble, should get a lot of national attention and lead to legitimate punishments for Eli or the Giants? Of course not. But considering the fiasco we went through for a 2 year span in which the greatest quarterback to ever play’s name was dragged through the mud and his team was punished heavily for a petty crime that may or may not have happened, now a new standard has been set. This could’ve been Goodell’s chance to prove he doesn’t play favorites; the problem is, he already had that chance when the Giants reported that a Steelers football was not properly inflated in a game this past season. And he did nothing. Which is exactly what I expect to happen here: due to a combination of Eli being part of the Manning family and him having nothing to do with the one organization that seems to have a different set of rules governing them than the rest of the league, absolutely nothing will come of this. So no, don’t get your hopes up. You’ll only be let down in the end.