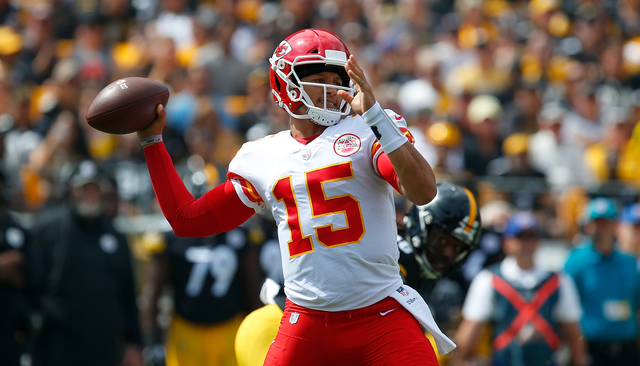 Patrick Mahomes is building a strong early case to be the NFL and Fantasy MVP... and at least one site was "All-In" before last year's Super Bowl.

After an NFL record 10 TDs through his first two weeks, including six this past Sunday, Patrick Mahomes is shaping up to be the 2018 Fantasy MVP and a true league-winner — especially true considering his blasphemous QB16 and 111 overall price tag.

The tape is equally as impressive as the stats. Mahomes is delivering absolute lasers. His weapons are separating with ease. Andy Reid is dialing up deep shots and unique shovel passes in equal measure. The Fantasy Stock Formula is grading near perfect in every category. Simply put, the Chiefs are an unstoppable juggernaut, and Mahomes is the centerpiece. 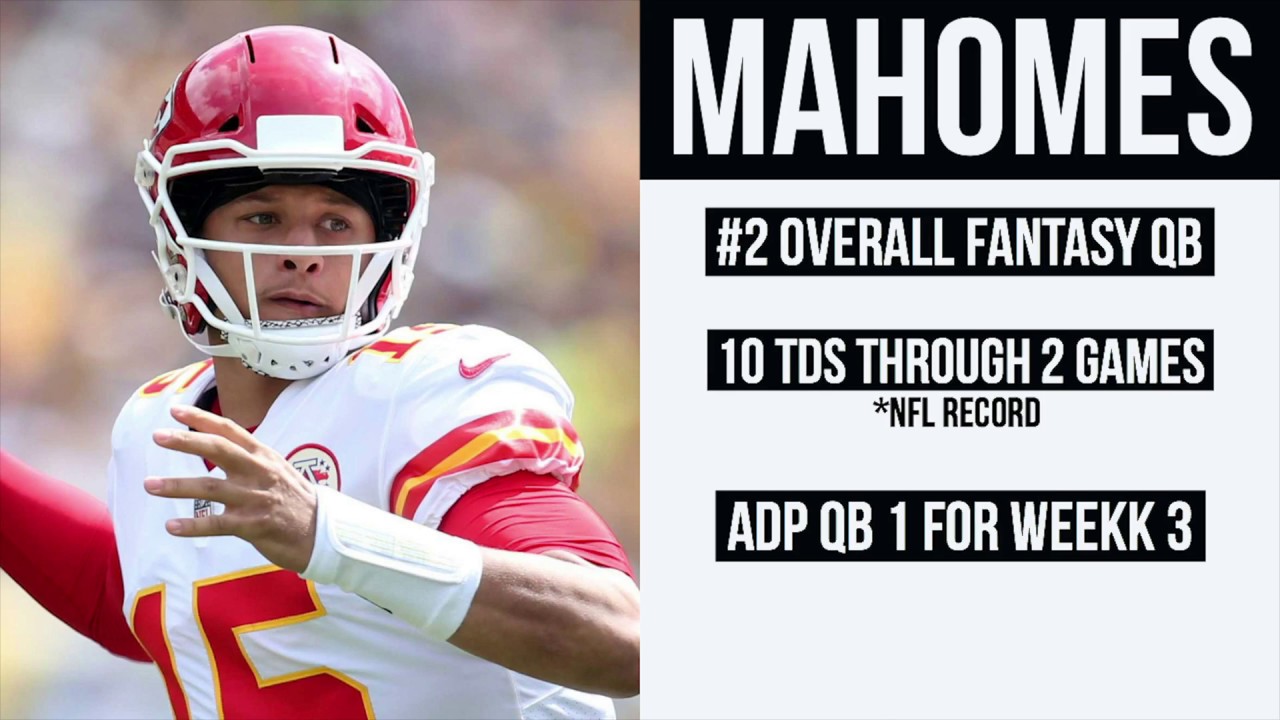 Now, I absolutely hate fantasy sites that just go around sucking themselves off, especially the ones who can’t also admit their wrongs. Moreover, The Fantasy Gods don’t look kindly upon “experts” who cockily claim they can predict their game, and I’m not looking for their smite and smolder.

But Mahomes feels different to me. As psycho of a fantasy addict as I may be, I’ve never gone “All In” on a player before the Super Bowl has even been played.

And yet I still felt so compelled by… so indescribably drawn to… this young, cocky gunslinger, here I was in January writing:

Mahomes could be 2018’s Carson Wentz…. he will be a popular name among late round QB enthusiasts, aka anyone who knows anything about fantasy. That doesn’t mean I can’t be first. The Top-5 upside is so real, and the annual 12th round Philip Rivers insurance policy will again be readily available. All-in.

And when Smith finally got traded:

With Smith no longer in the picture in Kansas City, this means that stud [soon to be] second-year quarterback Patrick Mahomes will get his chance to run Andy Reid’s offense. An offense that is oozing in fantasy football potential with high-powered weapons scattered all over — highlighted by Tyreek Hill, Kareem Hunt and Travis Kelce. Hell, Alex Smith was the No. 2 scoring fantasy quarterback in this incredible set-up, and Mahomes drips in so much more natural ability. A Deshaun Watson/ Carson Wentz type of impact isn’t without question. 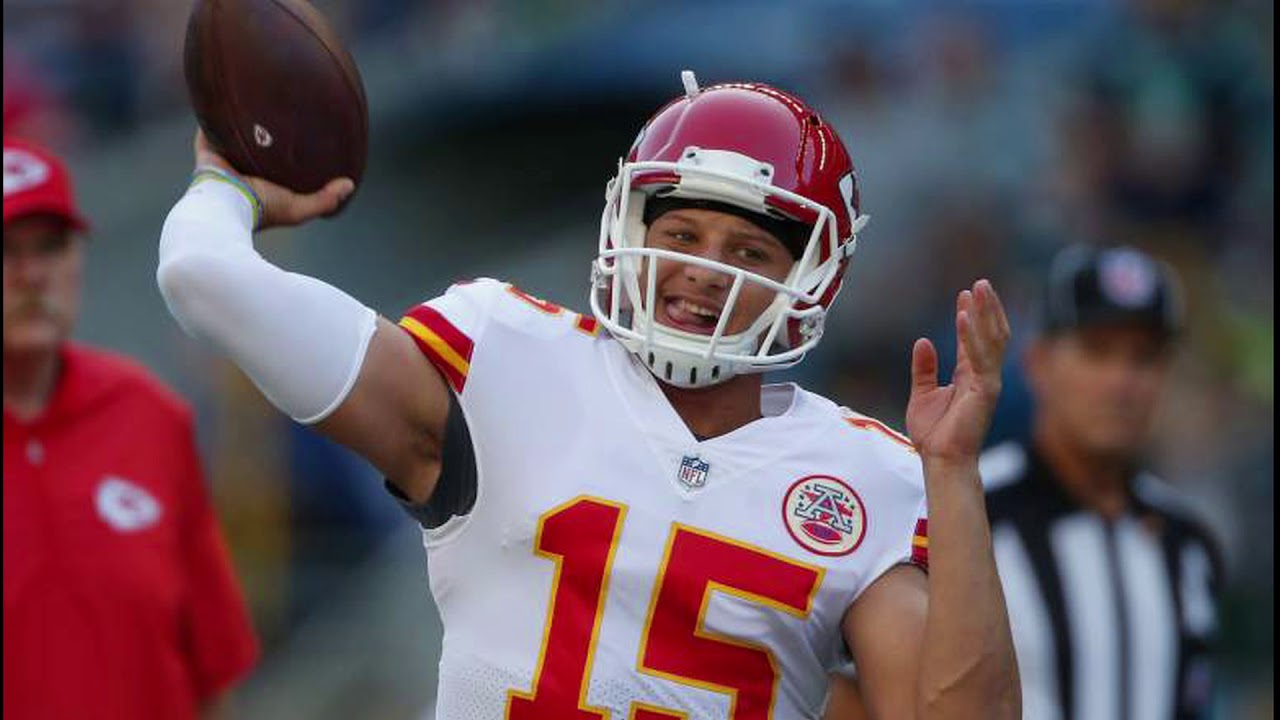 Plus, a FantasyPros Feature, multiple Draft Guide Must Buy Lists, and countless YouTube Rants later, it was clear: Mahomes was the 2018 Poster Boy for Roto Street.

Consequently, watching him dominate is the closest I’ve come to “proud dad watching his child’s hard work pay off” type of feels.

Not just because he’s my fantasy QB nearly everywhere. Far more importantly, if you’re a loyal Wolfpack Member, he’s likely your QB too.

The Roto Street’s whole mission is “uncaging your inner fantasy wolf” so you can tear your sheep league mates limb by limb. Through only two weeks, no one seems bound to win more leagues than Mahomes himself. If we had any part in convincing owners to draft him, we couldn’t be more thrilled.

As epic as Mahomes has been to begin the year, none of this feels unsustainable. The arm and weapons are better than advertised. Reid’s play-calling is even more creative than ever before. Plus, the defense is so atrocious, the Chiefs will rarely have a lead comfortable enough to just bleed clock. Shootouts galore, folks. Barring injury (please God no), Mahomes’ reign is only just beginning.

In fact, when my Rest of Season Big Board drops this week, there’ll be a new No.1 QB on top. Mahomes is going to throw for well over 40+ TDs, and could genuinely top Peyton Manning‘s 55 scores.

The early-season victory lap is over — we’re onto Week 3, and we hope Mahomes convinces you to stick with us for this ride. Hit me up with any questions, be sure to check our Stock Watch out, and keep your eyes for the debuting Rest of Season Big Board and Rankings this week. Whether riding Mahomes or trying to find that next one, let’s get that 2018 title, Wolves!