We've got a whole slate of playoff games to take advantage of on Underdog.

The regular season has finally come to a close, but that doesn’t mean there is a lack of cash to be made. There are plenty of NFL Wildcard games over the weekend, as well as a plethora of players with intriguing prop totals. Resting starters is luckily over with the conclusion of Week 18, so Underdog Fantasy users can look forward to a full slate of lines in each game.

Here are the player props that we think hold the most value on the 2022 Wildcard Weekend.

If the Seahawks want a chance at this game, it’s going to have to come through the air. The 49ers have stifled the run all season as a top rushing defense, but have only been average against the pass. Pete Carrol and the Seahawks know this. When it comes to Geno Smith, he threw 44 passes the last time these two teams clashed, and has over 32.5 attempts in five of his last seven games. It’s playoff football. Let. Eugene. Cook.

The 49ers’ addition of Christian McCaffrey has turned out to be golden. They are on a massive winning streak and his stats speak for themselves. Last game against the Seahawks, CMC racked up 108 rushing yards and has been over 100 yards in three of the last five. According to Vegas, the 49ers should hold a solid lead as 9.5 pt favorites and the game script would tell us they will be running the football. Also, in Mr. Irrelevant Brock Purdy’s playoff debut, I expect San Francisco to ease him into the pressure and lean heavily on the run while he gets his first taste of the postseason.

CAMERON DICKER: UNDER 1.5 FIELD GOALS MADE

While betting against a kicker to make a mere two field goals seems like a stretch, the Chargers’ kicker is no stranger to being on the sideline on fourth down. Coach Brandon Staley has earned a reputation for going for it — successfully, too, as their 15 conversions rank top five in the NFL. Teams tend to stick to their guns even more in the playoffs, so I see Staley’s riskiness paying off, just not in Cameron Dicker’s favor.

Last season, five quarterbacks made their playoff debut. Of those five, four of them threw at least one interception and three of them threw two interceptions. Don’t get me wrong, Trevor Lawrence has been on a tear lately and he is not somebody I’d like to play against come crunch time. But, playoffs are harsh on new quarterbacks and it presents a whole new tier of football. I think Trevor Lawrence will have a good game, but he will throw at least one pick sometime during his debut.

It’s not easy to bet against Josh Allen; he has been a stud all year long. When it comes to this game though, the Bills are near two-touchdown favorites over the Dolphins, who find themselves without Tua Tagovailoa. The Bills should win this game comfortably and will not need a heroic performance from their star to win this game. I see them leaning on the run a little more, and running the clock toward the end of the game.

As awful as this Vikings’ defense has been, they have actually been around average at stopping the run this season. Instead, it has been their pass defense that has been abysmal, giving up the second-most yards in the league. Saquon Barkley has had a great year but has had some disappointing performances, even featuring a four-game stretch in December where he only averaged 38 yards per game. If the Giants want to keep pace with the Vikings’ offense, they will have to pass. They will definitely still want their stud getting touches though, so look to pair this bet with Barkley’s OVER of 23.5 receiving yards.

Justin Jefferson has been electric this season, but his game-to-game production has been inconsistent. In wins, he averages 114.6 yards per game, but only a measly 79.8 yards per game in losses. Luckily for us, the Vikings are favored to beat the Giants, and in games in which the Vikings are favored, they are a perfect 12-0. Statistically, the Vikings should win this game, and Jefferson is bound to be a big part of that, just as he has been all season. Expect Kirk Cousins to be looking his way often. 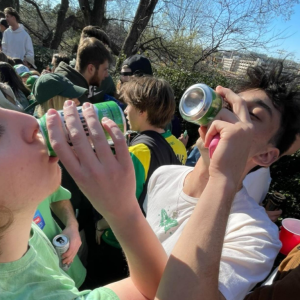