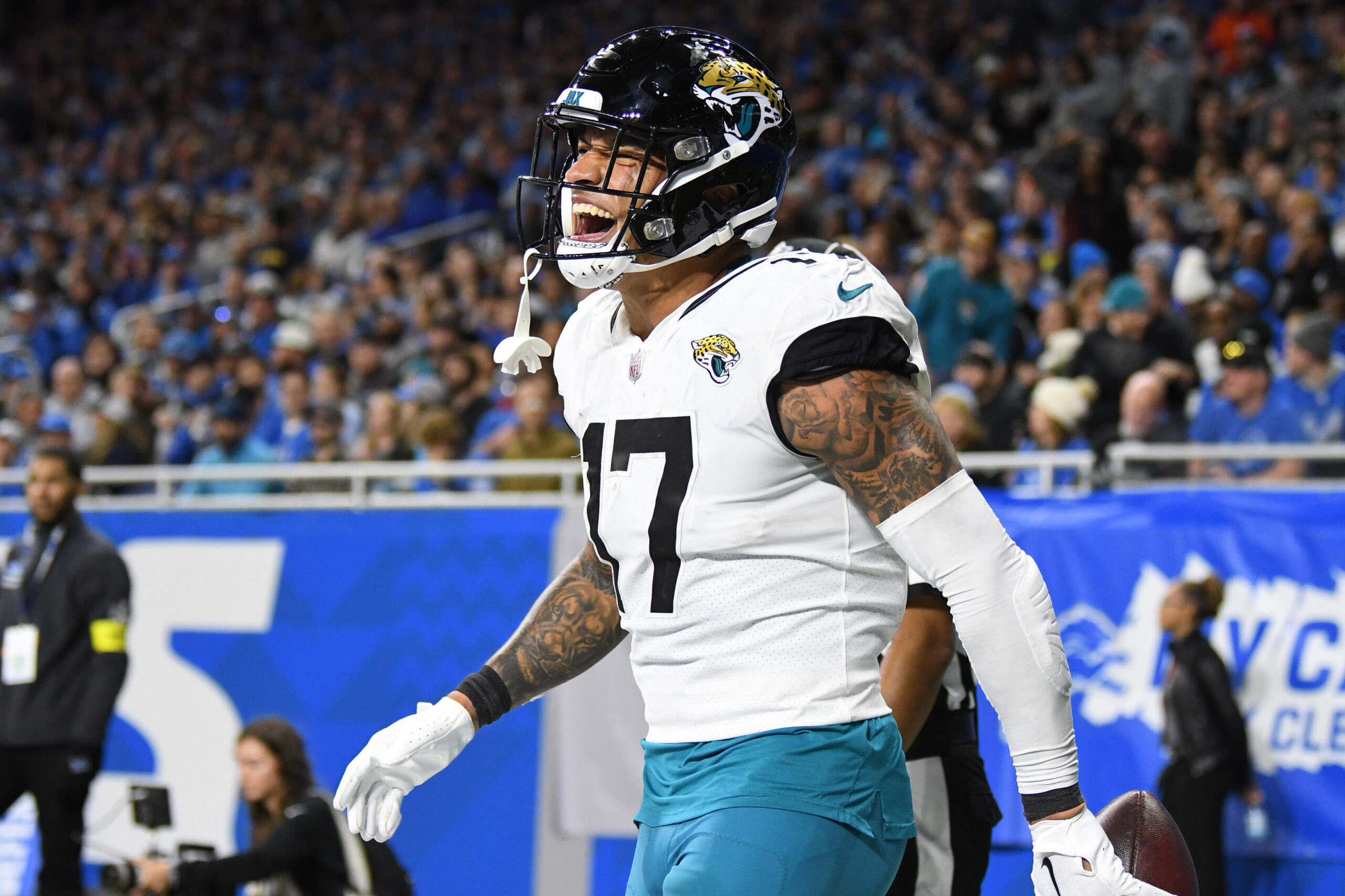 As we approach the final week in what’s been a wild NFL season, a lot of attention is on which players are one more solid performance away from breaking a single-season record or cashing in on a performance bonus.

Some of these will be very tough to reach, like Patrick Mahomes needing 430 passing yards to break Peyton Manning’s single-season passing record, or Justin Jefferson needing 194 receiving yards to break the all-time mark held by Calvin Johnson. But others are well within reach, particularly for some skill position players gunning for incentive-based contract bonuses.

Lines via PrizePicks. If you’ve never played PrizePicks, it allows users to pick and combine two to six player props to win up to 25X on an entry. If you’re a player prop bettor who typically uses a sportsbook, sign up for PrizePicks using our link below (or use promo code RSJ) to view and take advantage of their very generous lines.

That being said, here are the top five player props we think present the best value for your bet slip or PrizePicks lineup in Week 18.

Prop to target: Over 59.5 Receiving Yards

Many people thought Jacksonville was overpaying for Christian Kirk when they signed him to a four-year, $72 million contract last offseason. All Kirk has done is quiet that criticism by catching 78 passes for 1,009 yards and helping Jacksonville get one win away from securing the AFC South crown for the first time since 2017.

Kirk surpassed 1,000 yards last week, earning himself a $500,000 bonus in the process, and could be in line for up to $1 million more in Week 18 with a strong performance. He may not ultimately reach 91 yards to reach 1,100 for the season, but he should get plenty of opportunities in a huge primetime game for the Jags.

Kirk’s teammate, Zay Jones, is also nearing some incentive milestones, needing two catches for a $250,00 bonus (PrizePicks line is 4.5 rec) and 98 yards for another $500,000 (PrizePicks line is 52.5 rec yds). I like Kirk’s odds better, but both could be lucrative targets.

Prop to target: Over 45.5 Receiving Yards

Evan Engram received plenty of criticism as his tenure with the Giants wrapped up and he earned a reputation as a stone-handed TE with six drops in 2021 and eight in 2020. He bounced back in his first year with Jacksonville though, setting career-highs with 69 receptions and 739 yards with one game remaining. Even after a quiet performance last week, he’s averaging over 88 yards per game over his previous four contests.

Engram needs 61 yards on Saturday night to reach 800 and net a $200,000 bonus, so I love his over at 45.5. Doug Pederson is often considered a player’s coach and provided the Jaguars are playing well and putting themselves in a position to continue their season, I think he’ll make it a point to help Engram, Kirk, and others reach their contract incentives.

Prop to target: Over 25.5 Receiving Yards

Hayden Hurst is in the midst of arguably his best year as a pro, racking up 400 yards on 48 catches through 17 weeks despite missing three games with a calf injury. Hurst would lock up $125,000 bonuses by reaching 50 catches or 500 yards, and Cincinnati has no reason to take their foot off the gas in Week 18 against Baltimore. Triple-figure yardage is a lofty goal, but he’s likely to end the game with at least a handful of receptions, making his over of 25.5 yards an easy one to cash.

Prop to target: Over 30.5 Receiving Yards

Isaiah McKenzie has already set career-highs this year with 40 receptions and 404 receiving yards, and he has $100K bonuses within shouting distance if he gets to 50 catches or 450 yards. Ten catches seem unlikely considering his role in Buffalo’s offense, but his yardage target is doable, and his over/under is set only 15 yards below what he needs. With the Bills riding an emotional high at home and having a chance to end their division rival’s season, McKenzie should be good for a few catches and top 31 receiving yards easily.

Prop to target: Line not available as of 1/6, but would play his receptions total when it goes live

In the midst of his second consecutive 500+ yard season, Kalif Raymond is eyeing a couple of contract incentives that could net him a quarter of a million dollars as the Lions hope to have a chance to play themselves into the postseason on Sunday night in Green Bay. Raymond needs two catches to reach 45 on the year, and 100 yards to reach 650, each of which would net him $125,000 bonuses.

Raymond has caught multiple passes in all but three games this season, and I would like his over on his receptions to close out the year. If you don’t see his line on PrizePicks, then scour your sportsbook for this one.