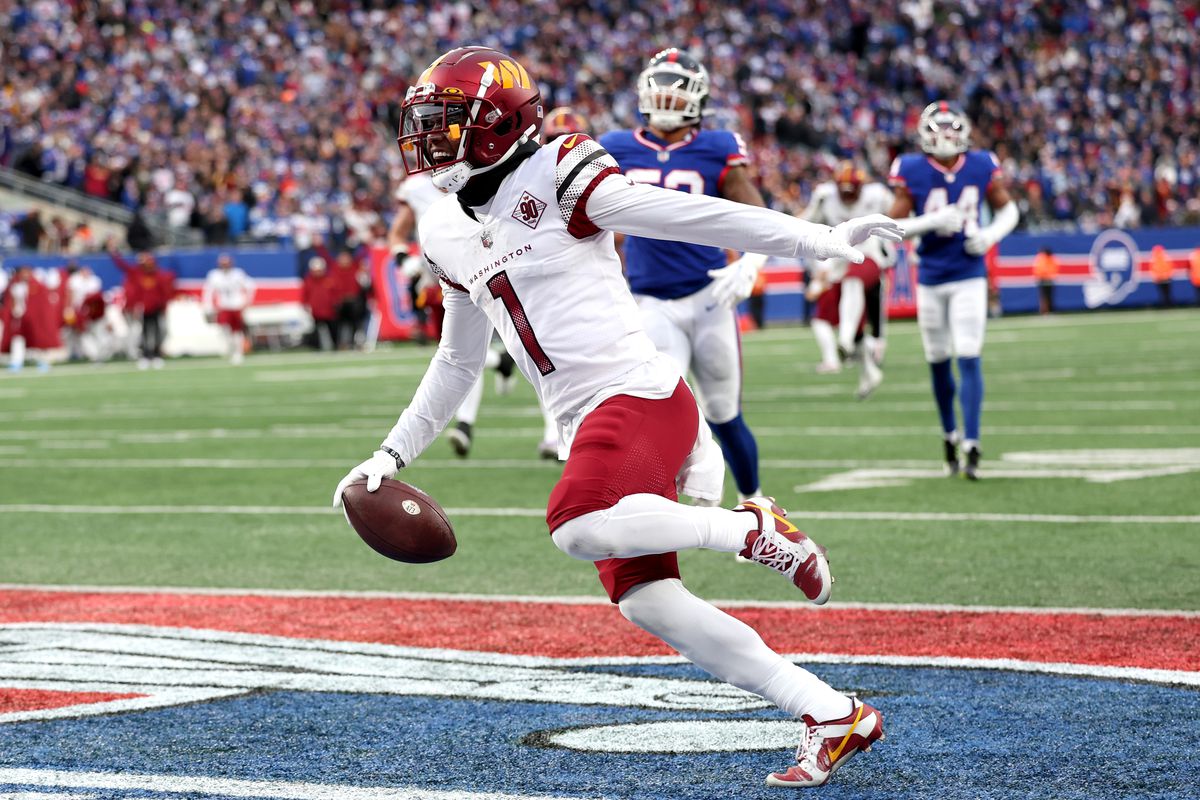 Give your team one final boost for the finish line.

Welcome to the fantasy football Week 17 waiver wire pickups where we’ve given you the players to start right away, stash at the end of your bench, or stream off the waiver wire. However, now that we’re onto the fantasy finals, there’s no more categorization of starting, stashing, and streaming. We’re down to the nitty gritty here and with one week left it’s time to empty the tank and make that final push toward greatness.

Although your roster may be set, it’s always smart to block the other players in your league from getting a top player off waivers and it’s even ideal to stash a defense in hopes of winning the championship game — which we also highlighted below.

Note: Roster % based on Yahoo leagues and will be 50% or less

Back-to-back weeks of 15-plus carries for Tyler Allgeire and he’s responded well with over 15 fantasy points in each outing. The Falcons rookie has seemingly taken full grasp of the RB1 role for a team that’s struggling to move the ball through the air. He has great volume and even saw an increased role in the passing game last week. Fire him up in the finals against the Cardinals’ defense.

He’s scored touchdowns in three straight games now, making Jahan Dotson one of the hottest receivers in fantasy that nobody is talking about. He’s playing an elite number of snaps and is getting quality usage with 6-79-1 on nine targets last week. Watch Dotson continue to produce as Washington pushes for the playoffs.

Despite splitting work with Devin Singletary, rookie James Cook racked up 99 yards and a score on 11 carries. Cook has shown the ability to rip off some big plays, and he figures to be further integrated into the offense as they approach another playoff run.

DJ Chark had a decent game as the Lions’ WR2 this week with four catches for 108 yards on five targets. What’s more exciting though is the matchup this week against the Bears’ defense that is both bad and depleted in the secondary. Plus, Shane Zylstra isn’t scoring three touchdowns again next week so more touchdown equity to go around. Chark has scored over 14 fantasy points in three of his last four games.

The Panthers had unbelievable success running the ball against the Lions this past week, as both D’Onta Foreman and Chuba Hubbard went nuts. Hubbard was the second fiddle even with this 125 yards on 12 carries. Despite no receiving work, he still has pass-catching upside while still playing roughly half the snaps in Carolina’s offense.

No Jalen Hurts, no problem for Gardner Minshew and the Eagles’ offense. With all those weapons at his disposal and a great system, Minshew threw for 355 yards and 2 scores while punching in another on the ground. His weapons are so good, he can be fantasy relevant facing the Saints this week in your finals.

Zack Moss is the definition of a plodder, but he led the Indy backfield once again in Jonathan Taylor’s absence. His ceiling is extremely low, so I wouldn’t expect much, yet the volume will be there again versus the Giants.

It looks like we know who Trace McSorley’s favorite weapon is after peppering Greg Dortch 11 times and completing 10 for 98 yards. I don’t care how bad the offense or the quarterback is, if you’re getting that much volume in an offense then you are worthy of a spot in fantasy lineups.

Richie James had a nice game against the Lions this week with eight catches for 90 yards on 12 targets. While it was a plus matchup compared to the Colts next week, James is playing a high number of snaps and seeing a ton of targets within the offense.

The Jets savior Mike White returns to action after missing two games with a rib injury. Unlike Zach Wilson, White can actually throw the ball and get the offense moving with his stud receivers on hand. While also hunting for a playoff spot, White gets the Seahawks’ secondary which has taken a step back in the latter half of the season.

Brock Purdy looks like the real deal in the 49ers’ offense after throwing two touchdowns in every start this season. Now against the Raiders’ defense, there’s no reason to think he can’t keep this up with George Kittle and Christian McCaffrey making plays after the catch.