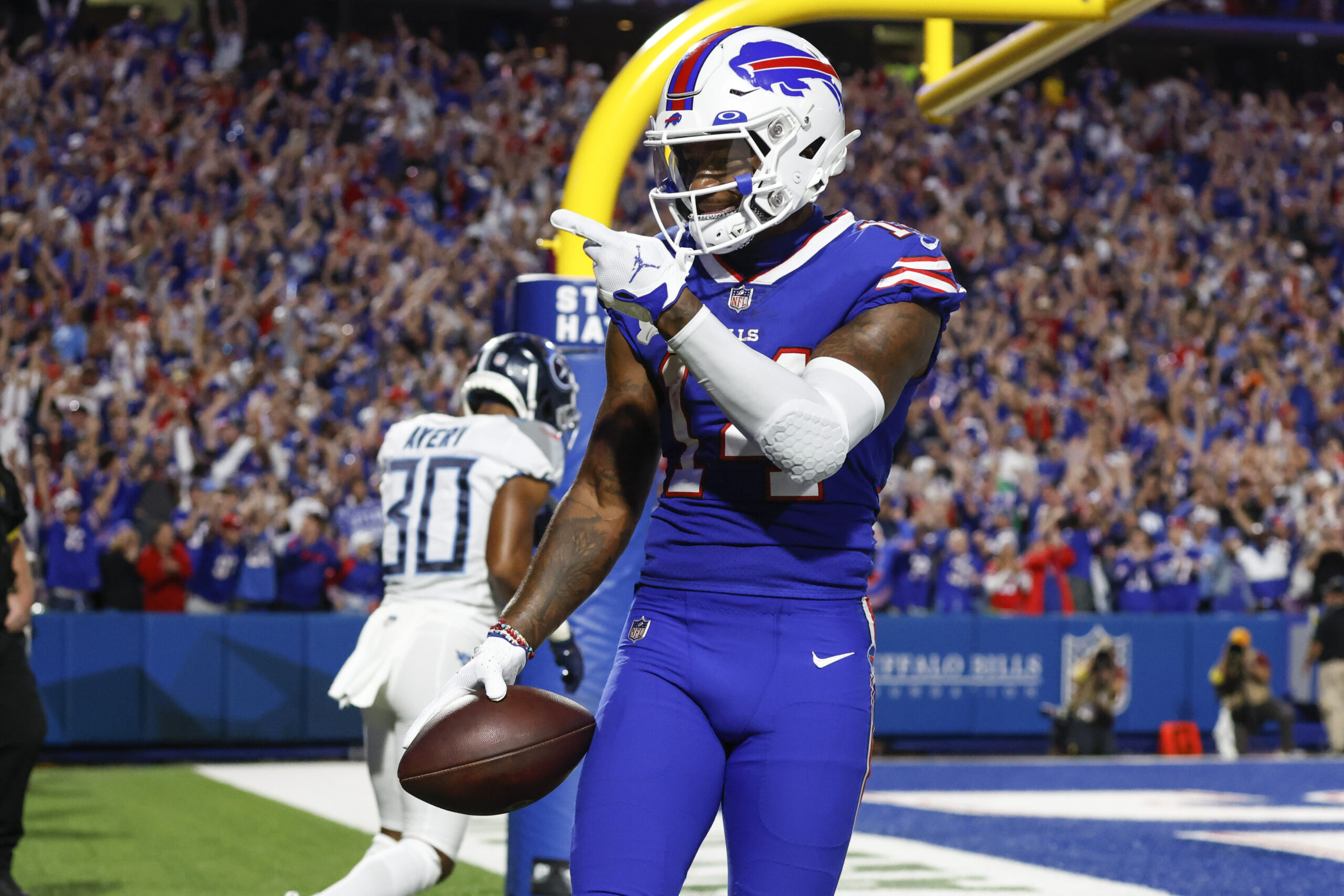 Has the weather impacted our over brains?

Welcome to Week 16 and our picks for a loaded Saturday of NFL games, presented by PrizePicks. We’re coming to you fresh off an overall 6-4 showing in Week 15 between Thursday Night Football and the three-game Saturday slate.

This week is a weird one in the NFL with almost every game being played on Saturday, as even the all-powerful NFL knows that the NBA owns Christmas Day. As a result, we have 11 games on tap for Saturday, with serious playoff implications for many teams.

With such a large selection of games to choose from, we’re gonna give you eight picks we’re eyeing for our PrizePicks lineups. Pick and choose your favorite fantasy player props and plug up to six into a lineup for a chance to win big. Plus, keep an eye on the PrizePicks app all week long, as their Picksmas promotions have been great so far and will continue through Christmas Day!

Lines via PrizePicks. If you’ve never played PrizePicks, it allows users to pick and combine two to six player props to win up to 25X on an entry. If you’re a player prop bettor who typically uses a sportsbook, sign up for PrizePicks using our link below to view and take advantage of their very generous lines.

Desmond Ridder made his first NFL start last week against the Saints, completing 13 of 26 passes for just 97 yards. Atlanta runs the ball more than almost anyone in the league and I’m expecting more of the same in what’ll likely be a low-scoring matchup with Baltimore. The Ravens don’t have a strong secondary, but they do have 14 interceptions (t-2nd in the league), which could deter Ridder from taking too many chances downfield. If you’re not into the under here, you could add the over on his 0.5 interception line.

With his wide receiver corps finally getting healthy again and a chance to clinch a playoff birth on Saturday, Joe Burrow will be rearing to go in a road matchup with New England. Unfortunately, the Patriots’ defense he’ll face is ninth in the league allowing just 202 pass yards per game. They have a ton of depth to keep up with Cincy’s talented pass catchers, and I think he stays below this number even if they win. It also helps that the meteorologists are projecting winds around 20 mph, with gusts up to 37 mph on Saturday in Foxboro.

We’re going heavy with the QB unders in this one, even with Daniel Jones set to face one of the worst pass defenses in football. The Vikings are coming off the largest comeback win in NFL history last week, but even in a game in which the Colts scored 36 points, Minnesota only yielded 182 yards through the air. Jones himself is averaging about 192 yards per game and only mustered up 160 against Washington last week on 32 pass attempts. He’s also 26th in yards per attempt at 6.6 and numbers like that don’t give me confidence against any defense.

With Desmond Ridder at the helm once again, Atlanta will continue their run-heavy ways against the Ravens, who are pretty solid at stopping the run. Tyler Allgeier is fully taking over the lead back role for the Falcons, coming off a 139-yard performance on 17 carries last week. I could see him getting even more opportunities in this one and he should top this low total easily.

I generally avoid overs on massive lines like this one, but if there’s an exception to that rule, it has to be Derrick Henry against the Texans. Houston has had some surprisingly close games in recent weeks, but will still trot out the worst run defense in football. Henry’s had his way with the Texans in his career, averaging 114 yards per game in 11 matchups and torching them for 219 yards on the ground in their previous matchup this season. With Malik Willis set to start this week and the Titans needing a win to stay in the driver’s seat in the AFC South, I think Tennessee leans on Henry and he delivers once again.

Brian Robinson has gradually worked his way into the lead-back role that he likely would’ve started the season with if he hadn’t been shot in August. Robinson has been getting way more carries than Antonio Gibson in recent weeks, and turned 12 carries into 89 yards last week against the Giants. The 49ers have the best defense in football, which does make me nervous, but the number is low enough that I think Robinson gets there.

The Bears’ secondary isn’t the strength of its roster and Buffalo enters this game just one win away from clinching the AFC East. However, we’re in for some serious weather in the midwest on Saturday. With Stefon Diggs’ receiving total listed at 64.5 yards, it’s clear Prizepicks’ linemakers don’t have high hopes for one of the league’s best receivers. With snow in the forecast, a RealFeel of -14 , winds settling at 22 mph, and gusts up to 40 mph, the Bills might grind down the Bears’ defense on the ground to get out of Chicago with a win. His fantasy point total of 15.5 just doesn’t match up with his receiving yards total — making the fantasy under the play here.

Cincinnati’s offensive line struggles were well-documented in 2021 and earlier this year, and despite improvements overall, they’re still tied for seventh in sacks allowed in 2022 with 40. New England, meanwhile, comes in at third in sacks with 48, boasting two of the premier pass rushers in the league in Matt Judon and Josh Uche. Either of those guys could top this number on their own, so I love it for the entire team in a game New England desperately needs to win.