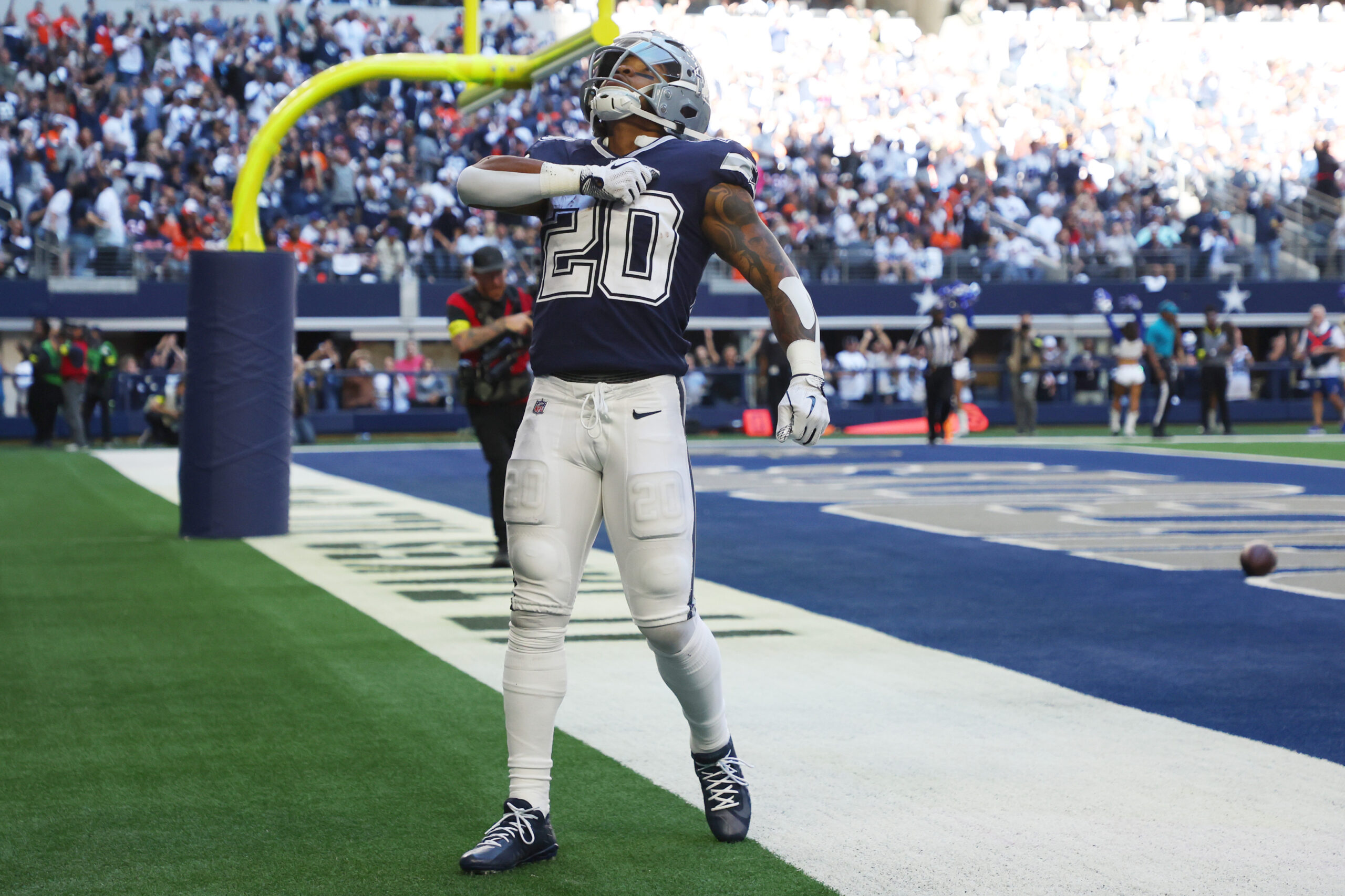 Lots of stallions in prime bounce-back games this week.

Week 13 saw a handful of great games, but not exactly the results we were looking for from a DFS perspective. Siding with Chiefs players like Mahomes and Kelce came back to bite me in the ass and an injury to Kenneth Walker didn’t help to alleviate any of those issues. With all the byes this week, we’ve got to pick through this week like a fine-toothed comb.

Burrow is heating up over the last few weeks thanks in part to the return of Ja’Marr Chase and the utilization of his legs from time to time. This divisional matchup here has a red-hot Bengals team facing the Browns whose offense struggled with Deshaun Watson inserted under center. The Bengals skill position players have a big advantage over Cleveland’s defense. QBs above Burrow face stingier defenses so Burrow would be as high as I go at the position.

30+ dropbacks and 2+ scores in five straight games now for Geno Smith. The Seahawks QB has been a huge surprise this year and consistently productive. Seattle’s backfield is dealing with a slew of injuries leaving plenty of questions regarding players’ availability. Regardless, it’s an excellent matchup for pass catchers and a game script that should tilt more toward the throwing game.

The Lions have won four of their last five, and are surprising favorites over the 10-2 Vikings this week at home. The Lions offense has been in tune averaging 32 points per game in their last four games. The Vikings defense can be thrown on, as we saw Mike White top 300 yards last week. This could be a battle, but Goff at home looks like really good value.

It’s been a quiet stretch for King Henry, but what better opportunity for a bounce-back game than this one against the Jaguars defense? Henry needs the Titans to establish the run early and not fall behind which has plagued Titans play calls over this last stretch. The absence of Treylon Burks takes a playmaker out of the passing game, which should send more touches Henry’s way.

Dallas has seemingly figured out that Tony Pollard is the best option they have in the backfield. A lock for 15+ touches, Pollard has true game-breaking ability with a knack for ripping off long scores. The Cowboys face the Texans defense this week which is an absolute dumpster fire at the moment facing arguably the hottest offense in the league. A recipe for disaster, Houston’s defense faces quite the uphill battle trying to stop Pollard from a massive day.

At the moment, Leonard Fournette is on the wrong side of being active for Sunday’s game against the 49ers. It’s a very tough matchup, but if White ends up being the RB1 the volume alone can make him valuable in Tampa Bay’s offense. There has been plenty of dump-offs to the backs which White has fully taken advantage of with 15 catches over his last two games.

Volume, volume, volume. The Panthers’ workhorse back has been getting serious touches when Carolina doesn’t fall behind big early. The Panthers have been a feisty team to play against, and with Darnold under center, they actually looked competent. I’d expect another 20+ touches for Foreman this week, and we know he’ll get goal-line work as well.

A flier at the RB spot, but last week James Cook looked like the best RB Buffalo has at their disposal. He showed burst and elusiveness while being heavily involved in the team’s passing game. If he keeps up this volume of work in Buffalo’s offense then he’s got great upside for a dynamic offense.

Another volume king, St Brown has seen elite target numbers in games where he remains healthy. The Lions have made a point to feed him early and often as he’s so dynamic and a true weapon for Goff and the offense. Minnesota’s secondary can be thrown on, and when you mix in St Brown’s target numbers you have a good recipe for a successful WR1 day.

Touchdowns in five straight games now, surely this streak won’t come to an end as soon as I plug Lockett in here right? The matchup is great for Lockett and Seahawks pass catchers, and why not ride the hot hand while Geno is cooking for Seattle’s offense? Lockett is a reliable and consistent weapon you can bank on for continued success.

The switch to Mike White under center has done wonders for the Jets passing game, and more specifically Garrett Wilson’s numbers. The talented rookie has been unleashed with back-to-back 20+ point games while being the clear target hog getting 23 looks over the last two games. This is a big-time matchup for the Jets, and they’ll need Wilson to step up and match the offense of Josh Allen and the Bills.

Is the Broncos’ offense bad? Yes, very much so. BUT, Jeudy has returned and gotten a good target share from Russell Wilson within the offense. Courtland Sutton is out, leaving Jeudy as the clear WR1 in an underdog situation against the Chiefs. Kansas City can be thrown on, so look for Jeudy to be heavily involved and offer some signs of hope for this offense.

The squeaky wheel narrative is very much in play here as Pickens finished with a whopping 1 catch for 2 yards last week. He was very frustrated with his lack of usage and you’d have to imagine the Steelers looking to get their promising rookie involved moving forward, especially against a struggling Ravens secondary.

But wait, Jimbo, Lamar Jackson is out why would you think Andrews is going to produce at a high level without him? It’s simple, Tyler Huntley LOVES to pepper Mark Andrews. It also helps that he’s one of the few reliable pass catchers the Ravens have, but the volume has been there for Andrews when put in this situation.

Another good player in a bad offense. I can’t remember how many times I’ve written that Dulcich is getting TE1 usage despite his price tag never getting the respect it deserves. He’s a super talented rookie that has chemistry with Wilson and converts in the red zone.

There’s a reason the Cowboys are one of the highest-priced defenses this week. First off, they have an elite defense themselves, creating turnovers and turning those into scores is extremely valuable. On top of that, Houston’s offense has been extremely bad, adding in the fact that both Brandin Cooks and Nico Collins have been ruled out for the game.

We watched Tampa Bay’s offense struggled to do much of anything for 50 minutes until the late Tom Brady magic willed them back to victory. The 49ers defense though is no joke and held Tua and the Dolphins offense under wraps in Week 13. This is a fast and skilled defense taking on an injured and slow-looking offense. Complete mismatch.