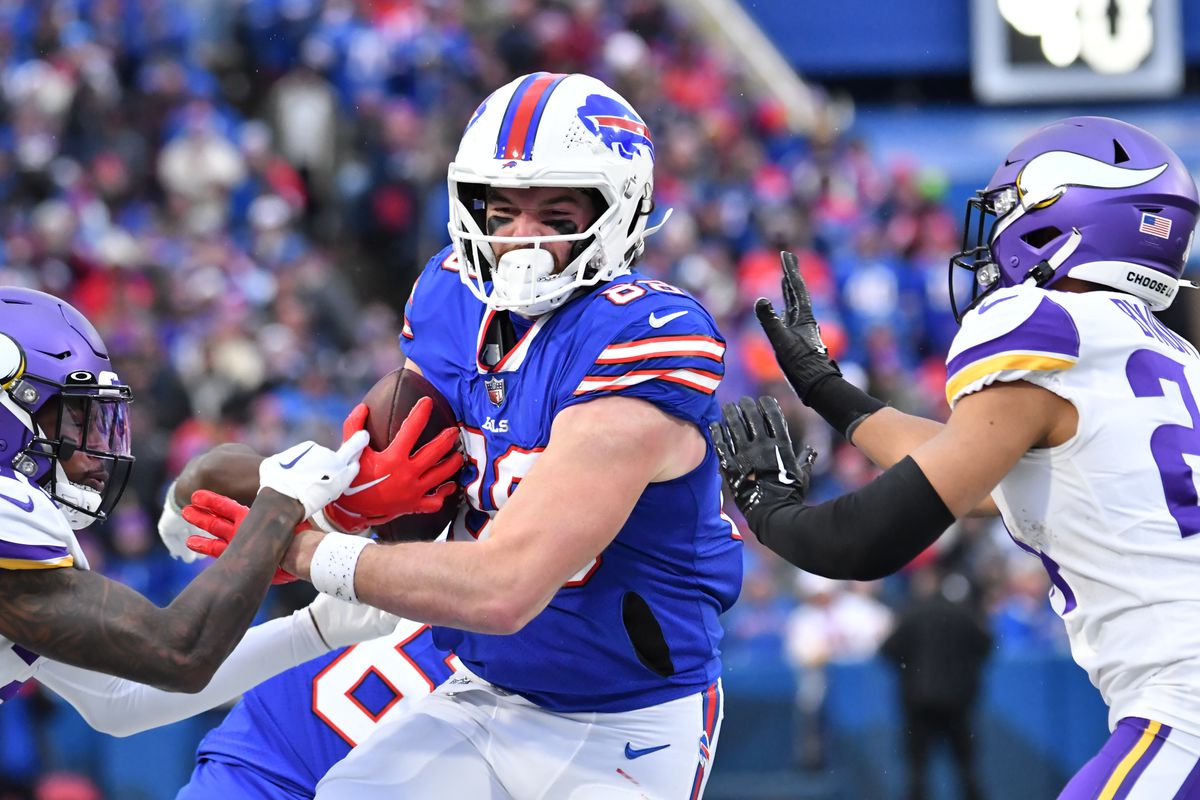 Make the right moves for your deep playoff run.

After three and a half months of football, players largely are who we thought they were, and the number of fantasy rosters that have players who don’t merit consideration is slim to none. So, with only one week to go before the fantasy postseason begins, I bid you the final cut list of the 2022 season.

As Geno Smith‘s QB1 season continues, so does Russ’ low-end QB2 campaign. Injury issues among the wide receiver room have done him no favors (I wouldn’t fault you for cutting Courtland Sutton), but losing 10-9 to Tyler Huntley and the Ravens this past weekend has been the same kind of song and dance all year for the 2022 Broncos regardless of injury.

If you’re forced to start him in superflex leagues, I’m sorry for your luck. In 1 QB leagues, there’s no shame in keeping an eye out for streamers with good fantasy playoff matchups to replace Russ in case you need them when the time comes.

Plus, why would you ever want this guy in your fantasy locker room when you’re looking to take down a fantasy championship?

Another week in the books, and another week that the Bills don’t need Knox to produce in order to be successful.

This past game against the Patriots was the first time he’s been held without a reception, but it’s just one of several disappointing outings against a defense that has been kind to tight ends this year. Throwing Knox in your lineup is begging for trouble at this point.

Similar to Knox, the Packers haven’t needed Robert Tonyan’s services in the stat sheet. The emergence of Christian Watson has coincided with Tonyan’s seven catches for 57 yards combined over the last four games.

With Romeo Doubs also close to a return, it’s tough to see any path to streamability for Tonyan.

It sure is hard to carve out a role in your offense when there are only 73 yards available after team ball hog Davante Adams commanded 177 of Derek Carr‘s 250 total passing yards.

Regardless, Foster Moreau has never carved out consistent production anytime he’s filled in for Darren Waller. There isn’t enough reason to think it will happen at some point during the rest of the season.

I am convinced that 53.1, 34, and 46 percent of fantasy players were either out of their playoff hunt very early, or weren’t trying to win.

Bobby Trees is a WR6, and has been all season. If you’re still in the hunt, there has to be a smorgasbord of better streaming options available to you.