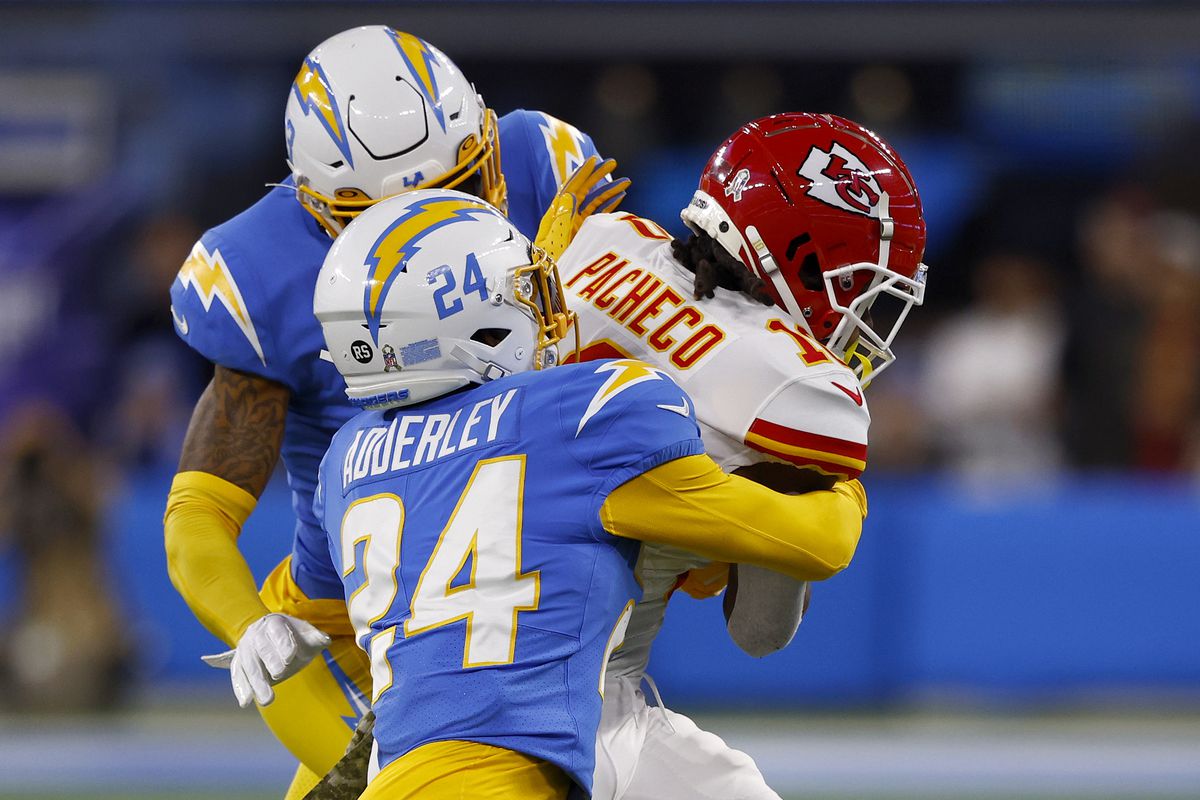 12/20 update: The fantasy football regular season is behind us and we’re only two victories away from fantasy football supremacy. In the two previous versions of this article, we gave you the Week 14 and Week 15 defense streamers that helped get you to where you are now. Highlighted by the Titans, Packers, Steelers, and Raiders over the last two weeks, there’s been some gold off the waiver wire, and that continues in Week 16 and Week 17.

We kept the Week 14 and 15 notes in because some teams, such as the Titans, are still available on the Week 16 waiver wire and remain relevant due to their upcoming matchups.

We’ve updated the roster percentage through 12/20.

Wolf Note: If you’re here for 2022 Fantasy Playoffs Defenses, you NEED to first check if the Kansas City Chiefs D/ST (67%) are available. They were dropped in many spots due to a tough Week 13 matchup vs. the Bengals, but over the next four weeks face: @DEN (5th most FPs allowed), @HOU (1st), SEA (15th), DEN (5th). Pair them with the Titans (31%), who get the Texans at home in Week 16, and you’ve got a blueprint for 15-plus fantasy points from your D/ST for the entire playoffs. Now, onto the defensive genius Keegs’ takes for Week 14 & beyond

Las Vegas Raiders (25% rostered): The Raiders have started to get it together recently, although it’s likely far too late to matter in the AFC playoff picture. Their defense has averaged about seven points per game in their last three games, with 11 sacks in that span. The decimated Rams, meanwhile, are tied for second with 42 sacks allowed on the year, including four against Seattle last week. The Rams have allowed the third-most fantasy points to opposing defenses this year, and don’t seem to be headed for an improvement anytime soon with Matt Stafford, Cooper Kupp, and Allen Robinson all seemingly done for the year.

Vegas also faces New England in Week 15, so they could be in for two straight favorable matchups.

Tennessee Titans (48% rostered): The Titans’ defense has been the same story all year — awful against the pass and great against the run. After a rough loss to Philly last week, Tennessee needs to bounce back and now hosts Jacksonville, who struggled last week against a Detroit secondary that’s almost as bad as Tennessee’s. Also worth noting: Tennessee’s defense has averaged 11 points per game in their last three home games, compared to just three points per game in their last three road games.

Tennessee faces the Chargers in LA in Week 15, which isn’t ideal as Justin Herbert and company fight for a playoff spot, but they may be worth a stash with a juicy matchup against Houston in Week 16.

Arizona Cardinals (23% rostered): Arizona will be coming off a full 15 days of rest when they host the struggling Patriots on Monday Night Football. New England is fresh off an embarrassing loss to Buffalo that puts their backs against the wall in the AFC. Mac Jones looks frustrated and overwhelmed, so he may not be able to take advantage of an Arizona defense that’s ranked 24th against the pass. Arizona is top 10 in run defense and fumble recoveries, so they may be in good shape to shut down New England’s rushing attack in this one.

If you’re all set for Week 14 but need help getting through the first round of the playoffs, your best options are below. Also, keep in mind that Las Vegas and Arizona (above) are strong options to hold onto from Week 14 to 15.

Green Bay Packers (66% rostered): The Packers are still technically in the playoff picture as of today, and will host the struggling Rams in Week 15 on Monday Night Football. Green Bay is ranked fifth against the pass and 30th against the run, but the injured Rams and their poor offensive line may be unable to take advantage of that porous run D.

Green Bay faces Miami and Minnesota to round out the fantasy playoffs, so they’re not relevant after Week 15.

Pittsburgh Steelers (46% rostered): Pittsburgh will travel to Carolina in Week 15 to face a Panthers offense that’s yielded 6.5 FPPG to opposing defenses over the past four weeks. Pittsburgh has averaged 6.5 FPPG themselves over that same span, which is also when TJ Watt returned from injury. Carolina has scored just 19.2 points per game this year and comes in tied for 8th with 10 interceptions thrown on the year, while Pittsburgh has picked off the 2nd-most passes (14) in the league.

The Steelers face Las Vegas and Baltimore in Weeks 16 and 17, so are probably a Week 15-only pick as well.

Minnesota Vikings (41% rostered): It’s crazy that a 10-2 team’s defense is owned in less than half of leagues, but that’s where Minnesota is at thanks to a league-worst pass defense and an average run defense. Luckily for the Vikings, they play Indianapolis, whose late-season Jeff Saturday jolt seems to have worn off already. Minnesota is tied for fourth in interceptions with 12 and total takeaways with 19, while the Colts have by far the most giveaways in the NFL with 26.

Minnesota has the Giants and Packers in Weeks 16 and 17, which are decent matchups, but they may have little incentive to win those games depending on their playoff positioning.

If you were fortunate enough to earn a bye in Week 15 and need a streaming option for Weeks 16 and 17 as you complete your quest for the title, we’ve got you.

Los Angeles Chargers (24% rostered): The Chargers are the perfect team you can swoop in and ride to a fantasy championship. The league’s 29th-ranked fantasy defense at just 4.92 FPPG benefits from matchups against the Colts and Rams as they fight to sneak into the AFC Playoffs. A motivated team with two cupcake matchups is exactly what you need if you’ve been riding a top defense with tough final matchups, like New England or Dallas.

Detroit Lions (4% rostered): Detroit is owned in just 4% of leagues as they’ve averaged 5 FPPG in 2022. But, they will face the Panthers and Bears in Weeks 16 and 17, who are fifth and eighth in FPPG allowed to defenses this season. Detroit’s also looked much better as of late, averaging 8.4 FPPG over the past five weeks. They have a tough Week 15 matchup with Minnesota, which makes it the perfect time to stash them through your bye week and ride them through the semis and championship round.

Miami Dolphins (26% rostered): Miami has been an average fantasy defense all year, but has averaged just under 10 FPPG over their past four games. They won’t be very highly coveted for Weeks 14 and 15 as they face the Chargers and Bills, which will make them very available for matchups with Green Bay and New England in the following two weeks.