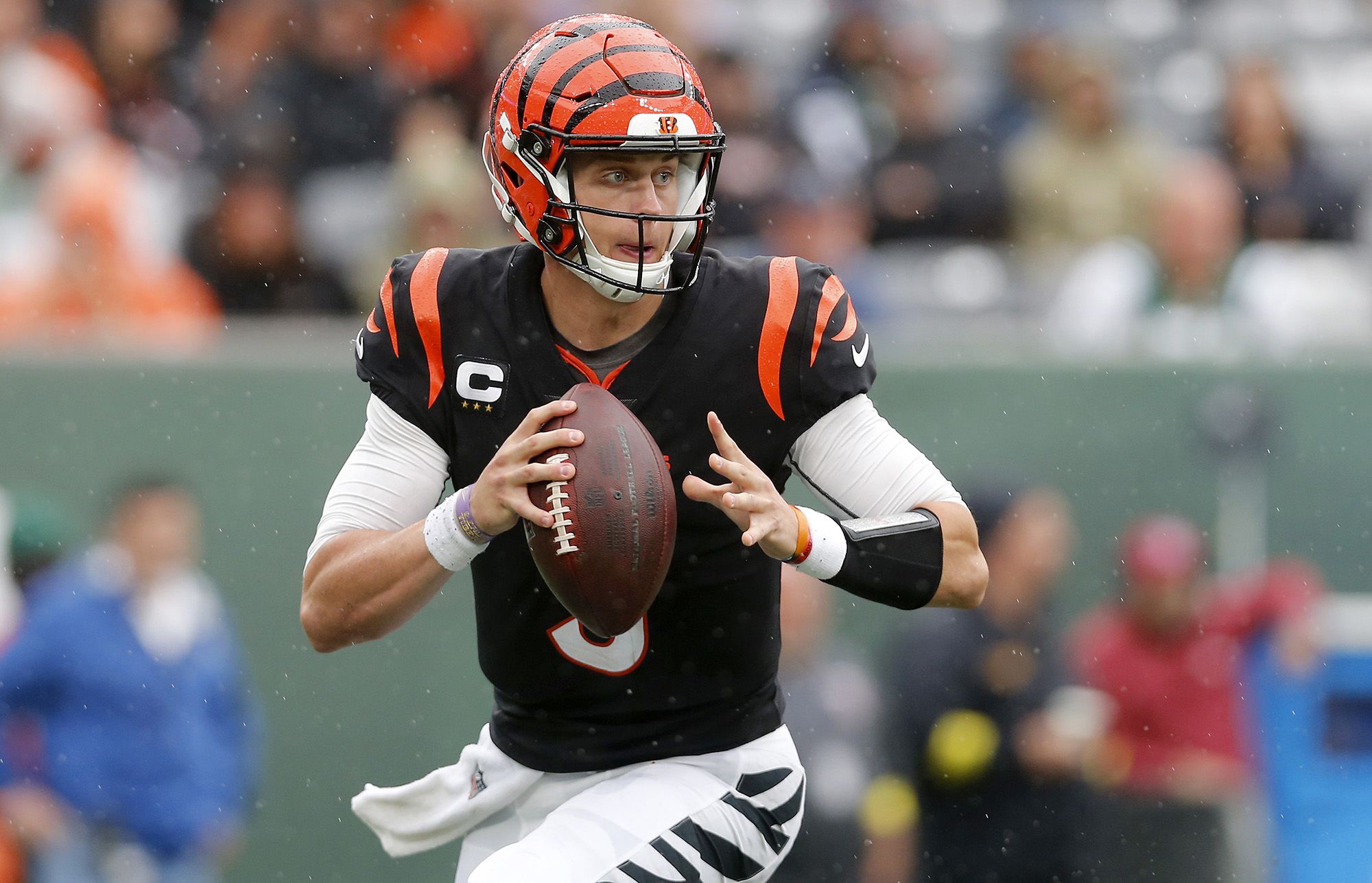 We came back down to Earth in Week 11 after ripping off nearly a month’s worth of winners. The hot hand cooled off, but we’ve got a smaller slate this week thanks to the three Thanksgiving games but I’m still feeling good with what I’m seeing. Lots of value to capitalize on here as we try to bounce back in Week 12.

Burrow had a monster day last week throwing for 355 yards and 4 scores on the day. Unfortunately, the Bengals lost Joe Mixon to a concussion he’ll be out this week. That could tip the scales much more toward a passing attack against a Titans defense that is so good against the run that it forces opponents to pass more often.

The Bucs’ offense is slowly coming along as Tampa Bay is putting the pieces together for a late end-of-season run. Brady will have his arsenal of weapons at his disposal, and the Browns’ defense hasn’t exactly been much of a threat to opponents. Brady hasn’t been this cheap since Week 4 and the injury to Fournette should make Brady and the passing game a bigger factor this week.

All aboard the Mike White express. White is starting this week for the Jets in what should be a breath of fresh air for a struggling Jets offense. White had some fantastic games last year where he was putting up QB1 numbers, and he’s got an extremely favorable matchup this week with a bad Bears defense. He could be the ultimate punt play this week.

The workhorse back in Seattle has had massive performances since becoming the full-time starter in the wake of Rashaad Penny’s injury. The likely favorite for OROY, Walker has scored in five of his last six and finds a favorable matchup against the Raiders at home this week. He’s seen great volume and there’s no sign of that slowing down anytime soon.

Probably my favorite play of the week. The Dolphins are huge home favorites against a Davis Mills-less Texans team that is really struggling. Houston has been piss-poor against the run this year, and Wilson has a clear path to RB1 usage after Raheem Mostert was listed as doubtful for the game. Wilson is currently in a smash spot this week.

With Uncle Lenny listed as doubtful for this game with a hip injury, it looks like it’s rookie Rachaad White’s turn to lead the Bucs’ backfield. Before the bye week, White had 22 carries for 105 yards in a workhorse role. The Browns have really struggled against the run this season, so this pairs extremely well for White in a plus matchup. Hopefully, he gets a handful of dump-offs from Brady as well.

Adams has seen a ridiculous 44 targets over his last three games, thanks in part to the absences of both Darren Waller and Hunter Renfrow. One of the few bright spots the team has right now, Adams is showing his true worth as an absolute target hog. After a 36-point outburst, his salary somehow dropped $100 against Seattle. With all the RB value, Adams could be easier to spend up on.

He didn’t convert last week, but the matchup and volume for Terry McLaurin have still been very good with Taylor Heinicke under center. The Falcons’ defense has been severely beaten up and McLaurin is one of the most talented and underappreciated receivers. Can pencil him in for 7+ targets on the day.

Another guy coming off a MASSIVE week, Palmer will shift to the WR2 spot behind Keenan Allen with Mike Williams back to the sidelines once again. Allen has missed so much time this year, we don’t know how reliable or up to speed he’ll be right away whereas Palmer is firing on all cylinders with Justin Herbert right now.

Double-digit Draft Kings points in six of his last seven games now, DPJ has been very good for Cleveland’s offense. Even when he’s not finding the end zone, DPJ has still been very valuable. We’re looking at the Browns’ last likely start with Brissett under center, who will probably leave it all out there as dogs against the Bucs.

All he’s needed is a competent quarterback, and with Mike White being put under center for the Jets maybe Wilson has a chance to recapture some of that early-season magic. A fantastic route runner, Wilson has all the opportunity to produce against a low-quality Bears defense that has struggled to stop anyone as of late.

With all the injuries to Chiefs pass catchers, Kelce might just be one of the few people left to actually catch passes. Kadarius Toney is out, Mecole Hardman is out, and while JuJu is apparently coming back from a concussion, there’s no true lock like Kelce being option A, B, & C for Mahomes and Kansas City’s offense. He’s always going to put up good numbers, but that ceiling gets higher with all these injuries on the offensive end.

More of a matchup play here as Everett hasn’t really produced as he had earlier in the season. The Cardinals have been horrific defending tight ends which is quite nice, but the injury to Mike Williams moves Everett slightly up the target tree for the Chargers.

The Dolphins are big home favorites against a Texans offense without Davis Mills. It’s hard to imagine them getting much of anything going this week, as they’ve already struggled enough in 2022 and now Kyle Allen is expected to line up under center.

Here we have the Chiefs, a very good football team. Facing the Rams, a not-very-good football team. Now add in Matthew Stafford being ruled out and likely Bryce Perkins as the Rams QB this week. That QB paired with this terrible offensive line is an upcoming nightmare for the Rams offense this week.