Raheem Mostert or Chase Edmonds: Which Dolphins RB has the Best 2022 Rest of Season Fantasy Outlook? 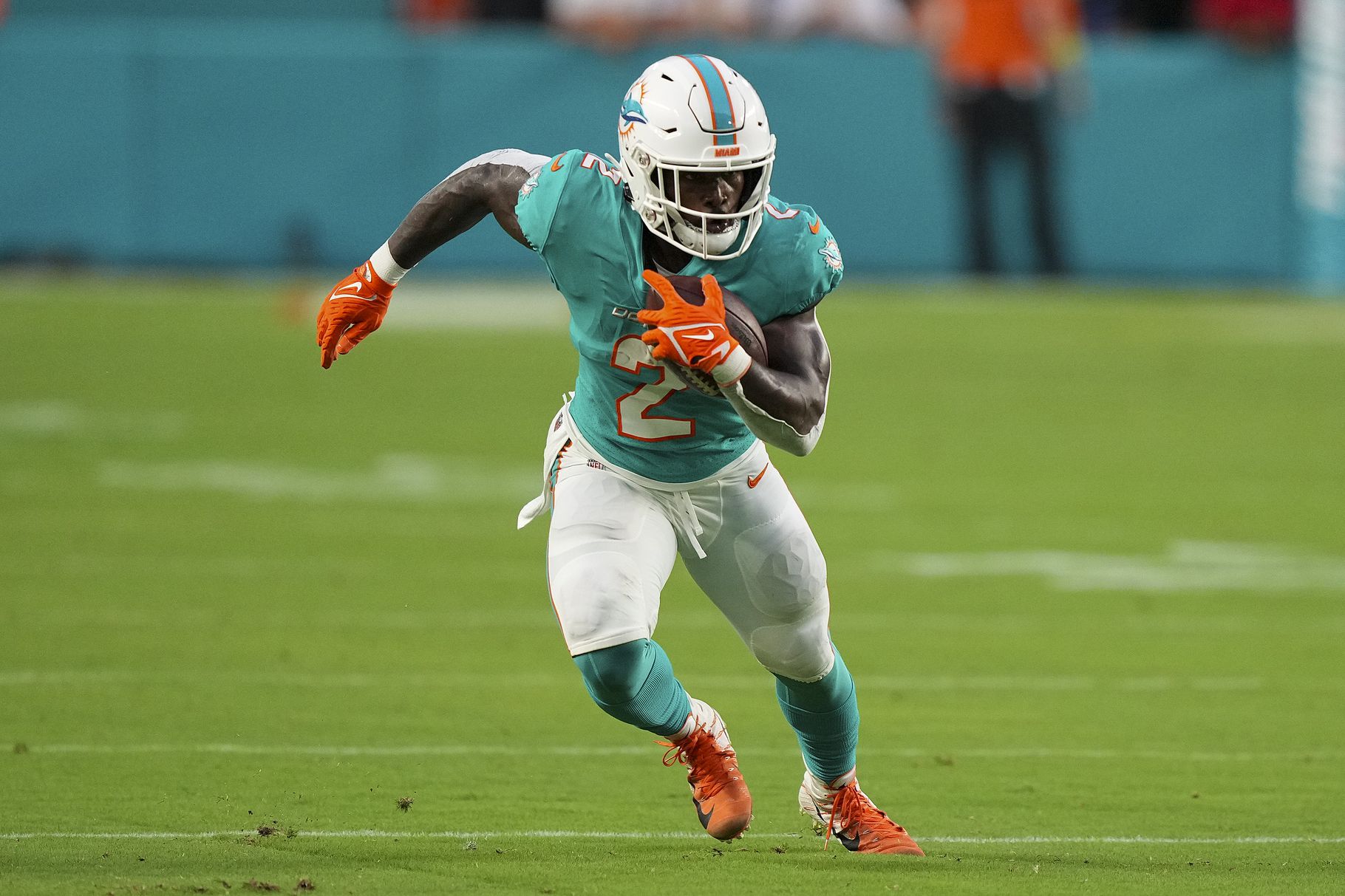 I know you saw it. It was not a dream.

Tua Tagovailoa threw for six touchdowns against the Ravens and he overcame a 35-14 fourth-quarter deficit. More importantly, the offense appears to be clicking on all cylinders.

The premise is simple. Speedy, savvy route runners in space with an accurate quarterback creates scoring opportunities. It hasn’t always been pretty, but the results speak for themselves.

Currently, Miami ranks fourth in scoring and second in offensive yardage. On the flip side of the coin, Miami currently ranks 27th in rush attempts and 28th in rush yards. Take it all with a grain of salt, it’s only been two games, but we are starting to get a clearer picture of what this offense is looking like.

Many drafted Chase Edmonds with hopes of reaping the PPR upside benefits of a beautiful marriage between the rushing and passing games. The attempt has been there, it just hasn’t manifested in fantasy goodness so far.

Edmonds has run 45 routes and seen seven targets to go along with 17 rush attempts in two games. Despite seeing 12 opportunities per game, Edmonds has managed only 15.6 fantasy points on the season.

As far as the money-making opportunities, Edmonds has seen only one red zone rush and zero red zone targets. Edmonds has recorded a per-game Adjusted Fantasy Opportunity (aFO) score of 9.4 but has managed only 7.8 fantasy points per-game.

Edmonds is a valuable bench piece and is someone that can be started in a pinch, but doesn’t offer much upside without valuable red zone work.

Meanwhile, the other speedster in the backfield, Raheem Mostert, made a splash in his action on Sunday. He recorded a fruitful 11 rush attempts for 51 yards and caught all three of his targets for 28 yards. More importantly, Mostert made it through the game without sustaining an injury.

Regardless, Mostert has seen the same red zone opportunities as Edmonds on the season. Mostert’s per game aFO leaves much to be desired, scoring only 7.1, right on par with his 7.6 fantasy points per game.

Mostert, like Edmonds, represents a valuable bench piece that can serve as a flashy spot start in a pinch. Without improved red zone work, neither really offer any consistent, juicy fantasy upside while both are healthy.

Keep tabs on The Wolf’s 2022 Rest of Season Fantasy Rankings to see where the two running backs stack up.