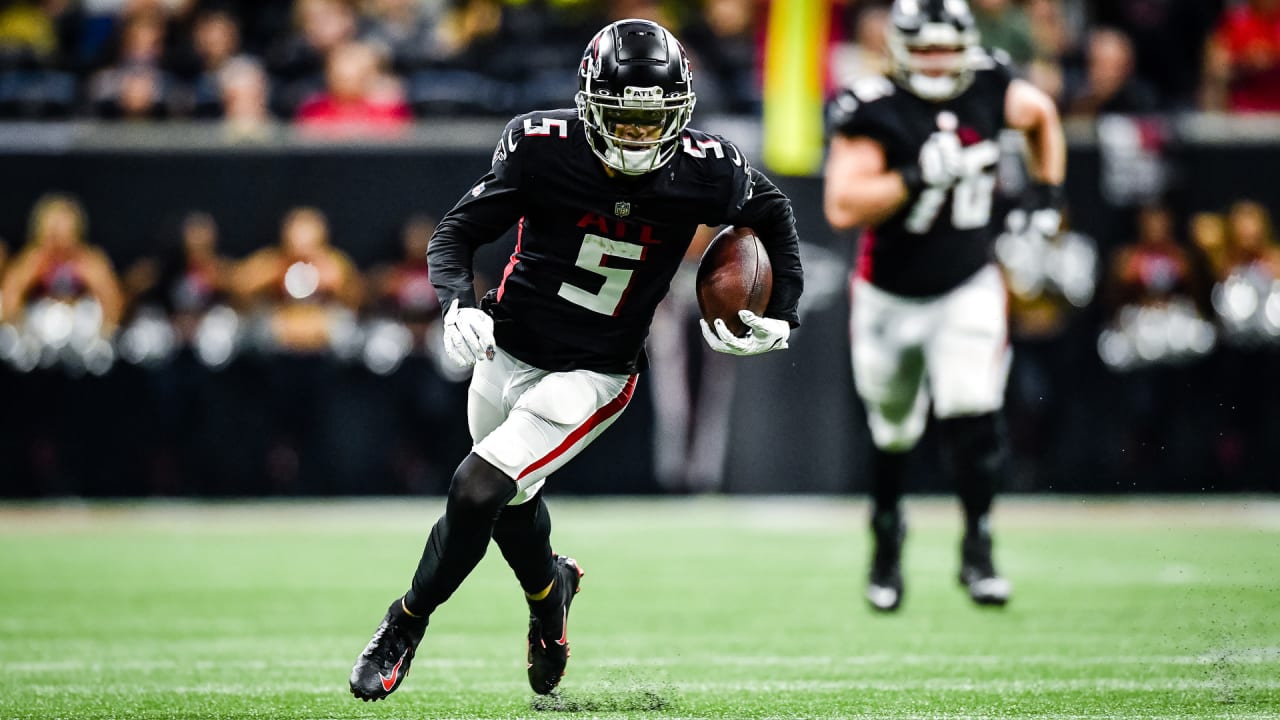 Who to target? Who to avoid?

Rashod Bateman took a slant across the middle to the house last week after breaking Xavien Howard’s ankles and turning on the afterburners. A total of 75 yards. 14.5 fantasy points right there on one play.

Bateman finished the day with four catches for 108 yards and a magnificent gallop to paydirt. For the rest of the game, Bateman caught three passes for 33 yards.

That’s all it takes to win a fantasy week. One play. Ask anyone that started Tyreek Hill or Jaylen Waddle.

I’m not writing this to absolve myself of taking the L. I made a bad call.

This is as much an art as it is a science. It’s poetry with numbers.

It’s as important not to overreact and overcorrect in Week 3 as it was in Week 2. Another week of data and another week of tape means another week to figure out what offenses and defenses to target and exploit.

Drake London might just be the start of the week at the wide receiver position. Blessed with a pillow soft matchup against a hapless Seahawks secondary.

What’s the best indicator of future production? Past production.

London’s career is off to a strong start, as the rookie has commanded a target on 31% of his routes and has posted a strong 2.76 yards per route run in his first two games. London has caught 13 of his 18 targets for 160 yards and one touchdown.

For further information, London has scored 0.69 fantasy points per route run and leads the Falcons in air yards. Courtland Sutton, Jerry Jeudy, Deebo Samuel, and Brandon Aiyuk have all recorded 11 fantasy points against a Seahawks secondary that hasn’t even seen high passing volume.

London has legitimate multi-touchdown upside this week and projects to be a strong start.

9/23 update: Renfrow is OUT with a concussion for Week 3

Probably the sexiest receiver in all of fantasy, right? Okay, probably not. Renfrow doesn’t drip with league-winning upside and he is certainly not unguardable. What he is, is a crafty slot receiver paired with Derek Carr and a 24.5% target share.

Carr projects to see a lot of Roger McCreary and, while that matchup isn’t a picnic in the park, it’s still very exploitable. McCreary gives up an exploitable 0.33 fantasy points per route in coverage.

Renfrow is fresh off of a nine target, seven reception for a 59-yard day. If he repeated that stat line, that’s 12.9 fantasy points right in the pocket of your flex position. That’s what Renfrow represents this week. A high PPR floor flex with the possibility of squeaking out a receiving score.

Darius Slay continues to be a defensive stalwart in the secondary and a bit of a thorn in Scary Terry’s side since 2020.

In other words, targeting McLaurin this week in fantasy appears to be a play solely on passing volume or a busted coverage touchdown. Seeing as McLaurin only commands a 14% target share and has been targeted on 11.2% of his routes, maybe it’s best to avoid starting McLaurin if possible.

DJ Moore has never been shadowed by Marshon Lattimore before but Moore typically aligns on the right side of the field (59% of routes) and should see a healthy dose of Lattimore.

Moore and new quarterback Baker Mayfield haven’t exactly clicked yet this season. Moore does have one of his annual four touchdowns already though. Moore has only seen 10 targets this year and has three receptions for 43 yards in back to back games.

He also has only scored 0.33 fantasy points on his routes while Lattimore has allowed only 0.25 in his coverage routes. If Moore doesn’t find the endzone, which he doesn’t often, he likely won’t do much to help your fantasy team this year.