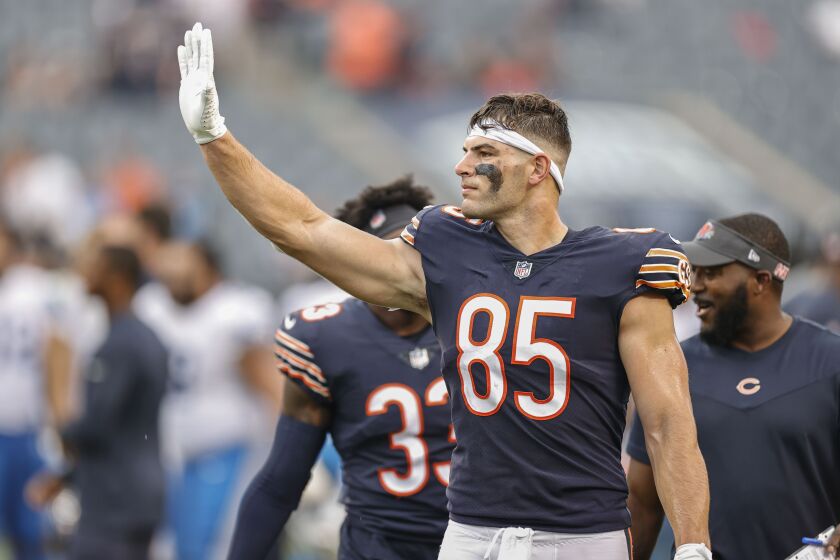 We'll help you move on from these bums.

It’s only been two games, but the following players have already made it difficult for them to remain on fantasy football rosters.

Giving up on players you drafted after only two weeks can be dangerous. The small sample size can be deceiving, yet it’s still better to recognize when it’s time to cut bait sooner rather than later.

The saving grace of many of these players is that they might need more time to form chemistry in new situations. Unfortunately, initial connections have been so bad that it’s hard to imagine putting those players in starting lineups at full chemistry.

(Roster percentages are Yahoo! and ESPN)

On paper, Matt Ryan had two of the easiest matchups in the Texans and Jaguars, but his performances have left Colts fans reminiscent of the Carson Wentz days. Even though he was without his top two receivers in Jacksonville, it’s tough to ignore how bad his first two weeks have been. One or two more weeks of the same leave no argument to remain on fantasy rosters — even as a QB2.

The departure of AJ Brown was sure to create growing pains for the new-look Titans offense, but the lack of star power might be too much for Tannehill to overcome.

Unsurprisingly, Treylon Burks hasn’t come close to filling the void that Brown left, and he has an uphill battle to accomplish that over the remainder of the season. Hopefully, the Titans’ Week 2 shellacking by the Bills is this offense’s low mark for the year.

It’s hard to put running backs on a drop list due to their handcuff value, or fluid committee roles. But, Texans coach Lovie Smith said he was going to give Dameon Pierce more touches in week 2, and that he did, giving him every running back carry against the Broncos. Burkhead is instantly rosterable in the event of a Pierce injury, but he still has a low enough ceiling that starting for Houston may not even produce FLEX-worthy numbers. It may well be worth it to chase streaming upside elsewhere.

Bobby has seven targets and 52 scoreless yards through two games, and it’s hard to see the forest through the trees right now concerning how this Titans offense is going to get things going. Derrick Henry can’t do it all.

If Moore quadrupled his snap count moving forward, he’d only reach a 46% snap share. Gross. It’s not like he has Tyreek Hill to compete with. It appears Patrick Mahomes wasn’t lying when he told reporters in the preseason that it would basically be a committee at receiver.

“Every single game it’s going to be somebody different,” Mahomes said. “So, I’m sorry to all you fantasy football guys, but it’s going to come from everywhere. So you’re going to have to choose the right guy every week.”

In a stagnant Patriots offense, there’s only been room for (at most) one fantasy-relevant receiver, and that’s Jakobi Meyers. Following a whopping one reception in Week 1, DeVante Parker secured zero of his two targets in Week 2 against the Steelers.

It’s hard to argue that Parker can overtake Jakobi at some point — especially with his lack of separation, which is always critical in the Patriots’ offense.

Giants coach Brian Daboll felt that giving Kenny G two snaps in Week 2 gave his team the best chance to win, and rumor has it Golladay had an empty locker post-game. Yikes. Not only should Golladay be off your fantasy roster, but one could argue he should be out of the league.

Bad weather and a tough defensive matchup don’t fully explain having exactly zero receptions on two total targets through two games. The Bears’ offense has been absolutely anemic so far and at this rate, Kmet has a mountain to climb towards fantasy relevance.

A tight-end committee with Will Dissly (and a touchdown hawked by Colby Parkinson) in a Geno Smith-led Seahawks offense? No thanks.

Youll feel much better after taking out this trash.