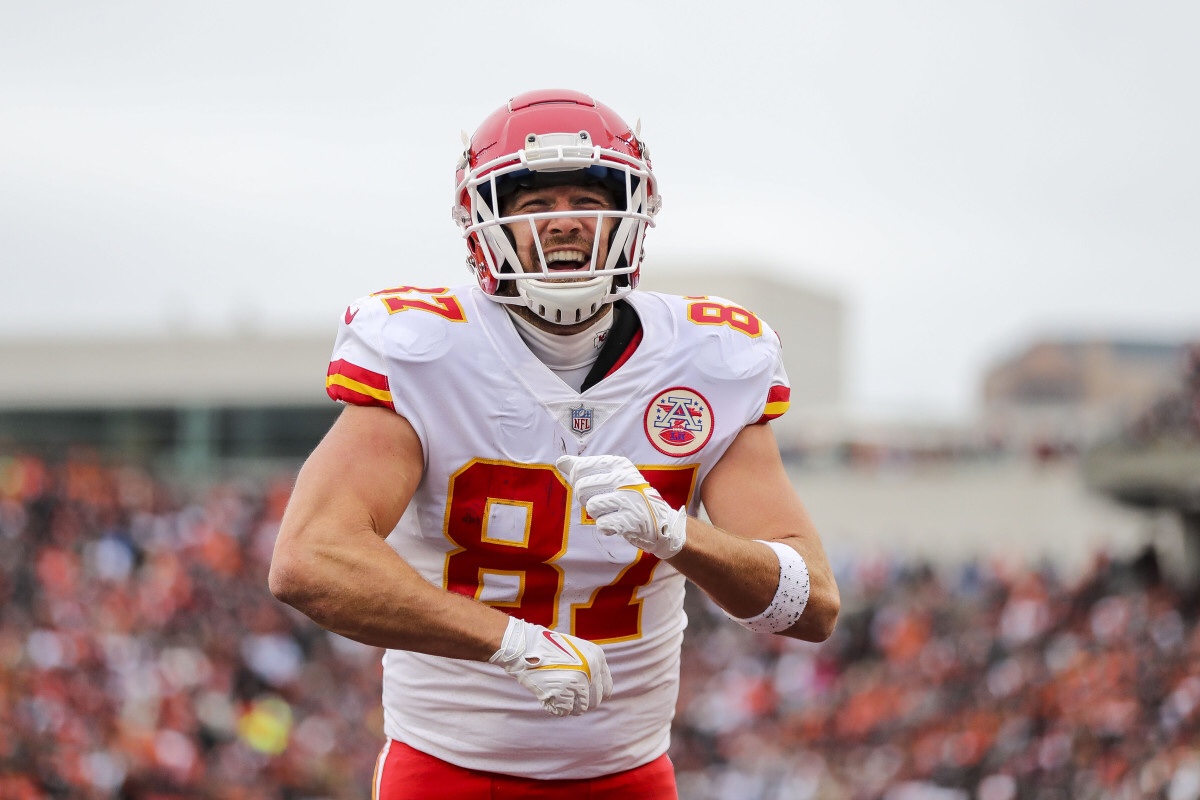 It's going to be an AFC West shootout on TNF.

After a .500 showing in Week 1, we’re back with more TNF picks. The under was never in doubt last week and as predicted, Josh Allen blew past his rushing yards prop for an easy W. But an early James Cook fumble likely lost us the Devin Singletary under, as he got a few extra carries after Cook’s benching and beat his number by 3 yards. Oh, and Dawson Knox was a non-factor. Moving on.

If you’re new here, each week for the Thursday game I’ll be giving out four picks:

This week brings with it a divisional tilt between the Chargers and the Chiefs, both coming off solid Week 1 victories. The Chiefs come in at 3.5-point home favorites, while the total sits at 54.5.

Lines/odds via DraftKings Sportsbook and PrizePicks. If you’ve never played PrizePicks, it allows users to pick and combine two to five player props to win up to 10x on an entry. If you’re a player prop bettor who typically uses a sportsbook, sign up for PrizePicks using our link below to view and take advantage of their very, very generous lines.

I thought a lot about this one, because I also like the Chiefs, but that pesky 3.5 number makes it tough to pull the trigger heading into a divisional matchup that’ll likely be decided in the 4th quarter. So we’ll take the easy route and root for some points instead.

Let’s start with one of the true constants in the NFL over the last handful of years — the Kansas City Chiefs will score points. They were fourth in the NFL with 29.4 PPG a season ago and put up 44 against the Cardinals in Week 1, with Patrick Mahomes throwing for 360 yards and five touchdowns.

The Chargers have a better defensive unit than the Arizona team KC just dismantled, but reports indicate that JC Jackson is questionable after missing Week 1 with an ankle injury. Joey Bosa, Khalil Mack, and company will disrupt things a bit as they do, but we know Mahomes doesn’t need much time to pick apart a secondary.

The Chargers offense didn’t light the world on fire last week against Las Vegas, but Justin Herbert still put up a strong showing of 279 yards, three TDs, and a passer rating of 129.4. They also never truly got Austin Ekeler going, who had just 72 total yards of offense with 4 receptions and just 2.6 yards per carry. The Cardinals didn’t exactly publish the blueprint last week on how to run on the Chiefs, but after trailing 14-0 early, they didn’t have much of a chance to. Look for the Chargers to get Ekeler and maybe even new acquisition Sony Michel going early in this one.

I think Ekeler and Herbert’s weapons get right in Week 2, giving us the type of high-scoring showdown that we’re expecting from AFC West matchups in 2022 and beyond.

In my fantasy drafts, I’ve always had a personal rule to wait on mid-tier TEs instead of using an early-round pick on a top option, but I broke that rule multiple times this year to secure Travis Kelce. The stars have aligned for the 32-year-old to have possibly the best statistical season of his career. He’s already racked up 1,000+ receiving yards every year since 2016, and that was with Tyreek Hill in the picture. Even when Hill was around, Kelce was always the true focal point of this offense — and now he’ll need to play a bigger role than ever as Patrick Mahomes’ favorite target. This already started in Week 1, as he hauled in eight passes for 121 yards and the game’s first touchdown against Arizona.

We also know Kelce always comes to play in primetime. In seven primetime games last year including playoffs, Kelce averaged 6.1 catches and 91.1 yards per game. Plus, he’s at home, going up against a Charger team that gave up 79 receiving yards to Darren Waller last week, allowed the most receiving yards per game to tight ends in 2021, and has injuries in the secondary. I would’ve felt comfortable if this line was in the high-90s, so I’m definitely hammering it at 80.5.

When he was in Green Bay, I somehow always found myself on the MVS train. Whether it was for a prop bet or a bye week fantasy fill-in, I always had faith he’d come through in a big game. And it virtually never happened.

Marquez Valdes-Scantling ran the most routes (33) out of any Chiefs WR in Week 1, but was only targeted four times, catching all four passes for 44 yards. This had him tied for fourth with Jerick McKinnon in targets, behind Kelce, JuJu Smith-Schuster, and Mecole Hardman. Clyde Edwards-Helaire also caught touchdowns and Skyy Moore showed some nice catch-and-run ability on a 30-yard reception, so MVS is going to need to earn every target he’s going to get in this offense that’s still loaded, even in a post-Tyreek world.

Going up against a Charger defense that was one of the best at limiting WR production last year, and held Raiders receivers not named Davante Adams in check a week ago, I don’t see a big game coming for MVS.

I promise I’m not just going to choose a starting tight end for this prop every week. But, I have to be honest, I started salivating when I saw +250 next to Gerald Everett’s name. Everett looked great in the second half against Las Vegas when Keenan Allen left with an injury. He finished the contest with three receptions on four targets for 54 yards and a TD, but as someone watching the game, it felt like he had much more of an impact than that.

The Chargers declared Allen OUT for Thursday Night, which should only boost Everett’s outlook. Mike Williams and Joshua Palmer will both get target increases and both Everett and DeAndre Carter will have to pick up Allen’s slack. Carter has looked great and should see a bump, but Everett’s red zone presence will be felt, and I think he’ll haul in another TD in Week 2.

Do you disagree with one of my picks, or have a better one of your own? Of course you do. Feel free to let us know @RotoStJournal on Twitter or @Rotostreetjournal on Instagram, or hit me up @Seankeegs16 on Twitter.