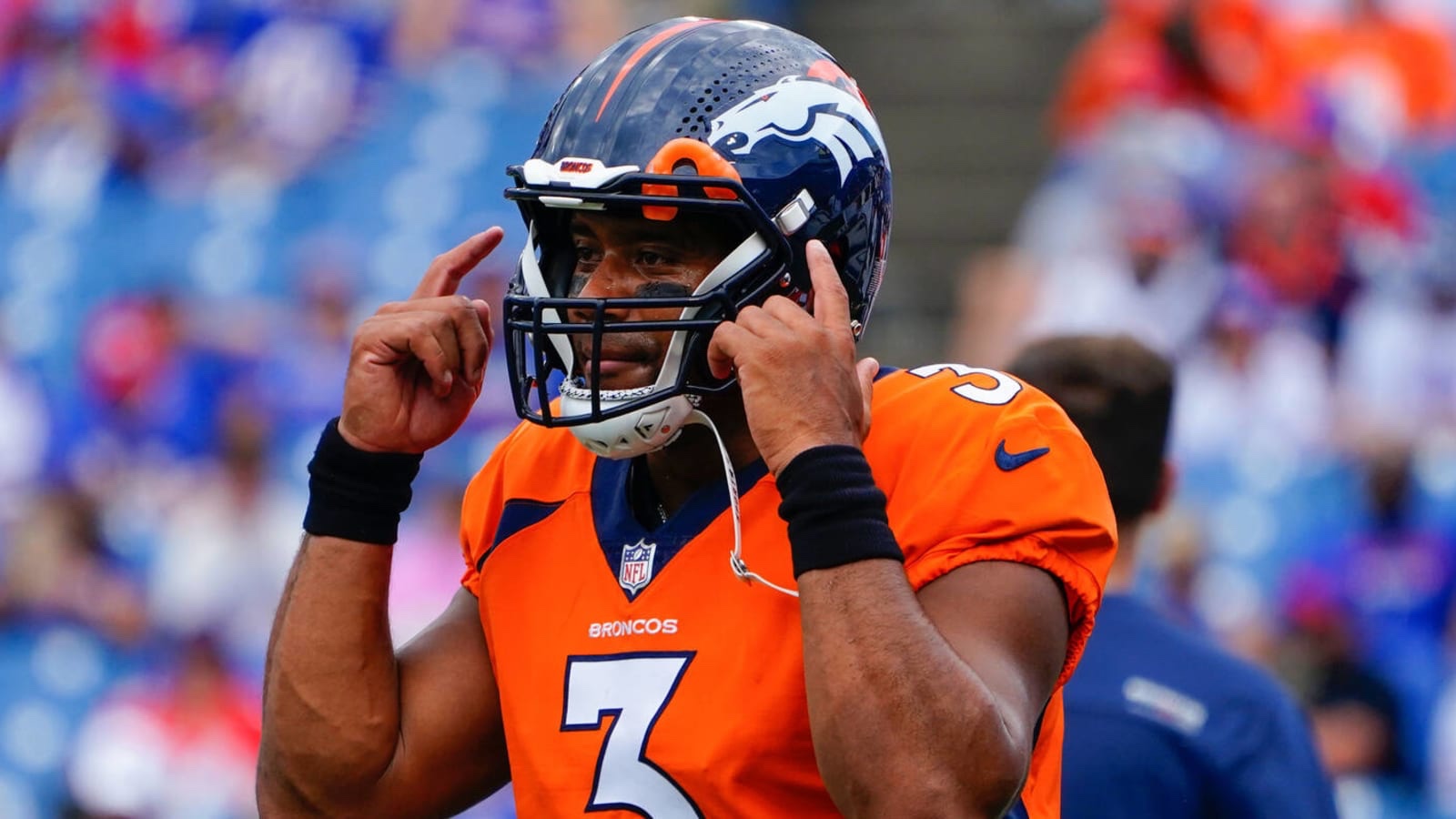 Welcome back to our PrizePicks player props to conclude NFL Week 1. There’s no better way to wrap up a wild week than with a #revenge game between Russell Wilson’s Denver Broncos and his former team, the Seattle Seahawks.

If you’ve never played, PrizePicks allows users to pick and combine between two to five players to win up to 10x on any entry. PrizePicks designates a player prop or fantasy point total on select players and users need to choose whether that player will go over or under that total. Although the user can combine picks from a variety of sports, this article exclusively focuses on the Week 1 matchup between the Broncos and Seahawks.

NEW USERS: Click this link or use promo code RSJ to get a 100% first deposit match up to $100 on your first PrizePicks deposit.

Surprisingly, this is the pick I am least confident about out of the five. This over will be hammered on the sports books and it will be in most PrizePicks plays. However, Russ is now in Broncos Country, so let’s ride.

Wilson will be charged up to play his former team and has an elite set of pass-catching weapons around him. He’s going to want to make plays and pour it on early and often. Let’s just hope he’s not too out of control.

The Broncos broke the hearts of fantasy managers everywhere when they brought back Melvin Gordon and delayed Javonte Williams RB1 SZN.

Although Williams is the better back with more upside right now, they split carries right down the middle last season and Gordon proved he still had some gas left in the tank.

Plus, HC Nathaniel Hackett said last week that he’s going to proceed with whatever back is producing.

“You can’t really say,” Hackett said. “I’ve always been a true believer in you always want to roll with the hot hand. One guy gets going, and you want to be sure you keep feeding that person. I think they’re going to be great complements to each other. I think that if both of them are hot, and you have to keep feeding them.”

Even if Williams has the hot hand, Gordon should easily surpass this very low number against a questionable Seattle front seven.

Make no mistake about it, Courtland Sutton is Russ’ WR1. The big-bodied wideout developed an immediate rapport with his quarterback and it appears he has the early leg up on Jerry Jeudy.

Broncos beat writers noted Sutton is Wilson’s go-to guy when plays break down and during pressure situations. Which is critical because Wilson tends to break out of the pocket and make throws on the run.

I also like Sutton’s over 60.5 receiving yards, but I’ll play it “safe” with Sutton catching five-plus balls.

Wilson isn’t the only player who can play the #revenge game narrative. The Broncos sent over their former first-round tight end to acquire Wilson and he will look to do damage against his former team.

But, his quarterback is Geno Smith and he has to compete with DK Metcalf, Tyler Lockett, Will Dissly, and Dee Eskridge for targets on a team that doesn’t want to throw the football.

To make matters worse for Fant, the Broncos allowed the third-fewest fantasy points to tight end last season and Pete Carroll will look to run the football in short-yardage situations and in the red zone.

I love the option of this being an anytime touchdown compared to just a rushing touchdown for Javonte Williams.

Last season, Williams scored seven touchdowns with four on the ground and three through the air. Inside the 10 yard line, Williams will face a light box due to the talent on the perimeter. Or, he can take a screen pass to the house at any time.

Javonte will find the end zone on Monday night.