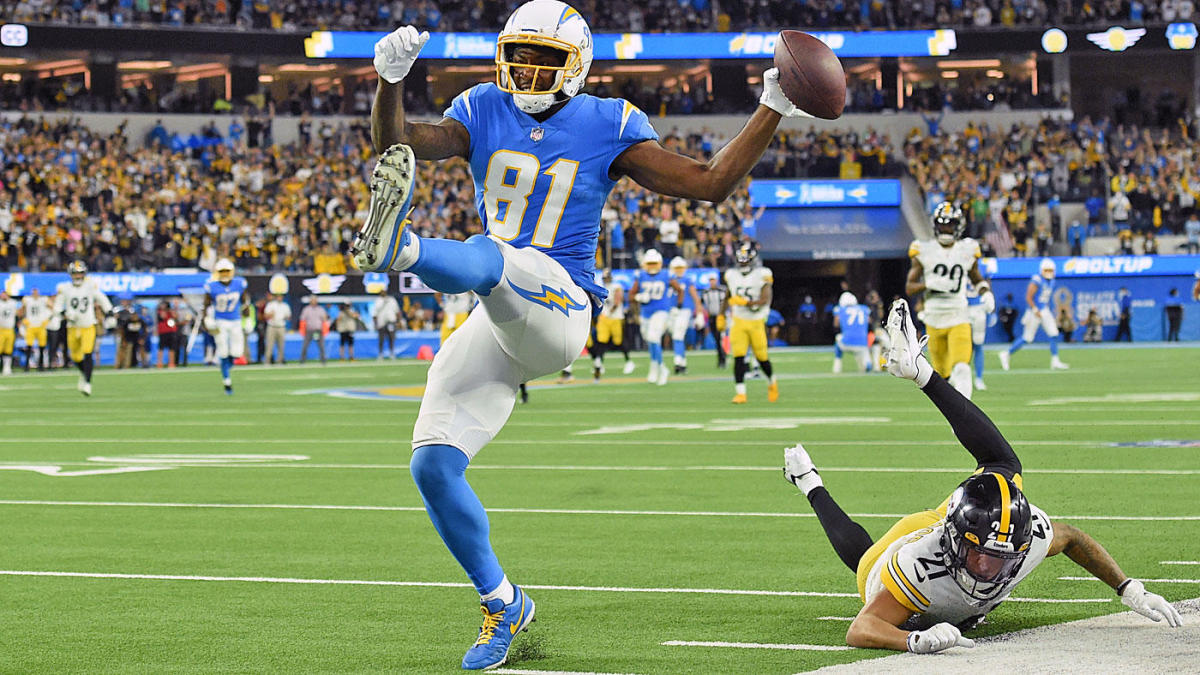 The time has finally arrived! NFL regular season games are ready to be played and we couldn’t be more excited to put together thousands of lineup combinations from now until kickoff. Plenty of time has passed since our First Look article, and now we have significantly more information to go off of as we start building that perfect lineup for the special $5 Millionaire Maker contest.

With that said, let’s lay out the foundation of these lineups with players from all price ranges across the board.

Update: This pick was originally Kyler Murray, but the loss of multiple weapons including Zach Ertz and Rondale Moore has me looking elsewhere for a top tier QB.

Enter Justin Herbert. Now playing in the most sexy, high-upside game on the slate, the potential for a scoring explosion looks better and better between these star-studded AFC West rivals. Herbert and the Chargers have big expectations and plenty of offensive firepower at their disposal against a weaker Raiders secondary.

Winston was one of the guys I highlighted weeks ago and I still like his value now. He’s a true gunslinger getting a MASSIVE weapons upgrade this season with the additions of Michael Thomas (missed all of last season), Jarvis Landry and Chris Olave. Add in Alvin Kamara out of the backfield, who can take any dump off all the way to the house, and Winston has booming upside against a bad Falcons defense.

CMC will never be healthier heading into a 2022 game. You don’t know how long he’s going to last this year so I’m taking full advantage while he’s still around. McCaffrey has the highest ceiling of any player in the field and is priced as the third-highest RB. The QB upgrade to Baker Mayfield should help the offense overall, and coach Matt Rhule has said that they’re ready to unleash McCaffrey in his usual ways.

This price tag seems rather low for a locked-in RB1 in a run heavy offense. We all know and love Kyle Shanahan’s running game and Mitchell took the reigns last year and ran with it. As near touchdown favorites against the Bears, the game script points heavily in Mitchell’s favor. Plus, a dinged up George Kittle would boost Mitchell’s stock even more.

Despite the gross name and disappointing 2021 showing, I have my eye on Mike Davis for Week 1. The Ravens are already without Gus Edwards after he was put on short term IR, and JK Dobbins is all but ruled out for the first week after Lamar Jackson said they hope to have him back in a few weeks. This leaves Davis as the RB1 for the league’s run heaviest team in what could be a walloping against the Jets. All he needs to do is punch in one touchdown, add maybe 50 or 60 yards rushing, and he’s already paying off his value.

As noted above, I’m targeting the showdown between the Chargers and Raiders where Herbert should come out slinging in LA. While Keenan Allen is the chain-mover, I love Mike Williams’ deep threat and touchdown upside against a beatable secondary that features Rock Ya-Sin and Nate Hobbs on the outside.

Big things are expected of Pittman this year, especially with the arrival of Matt Ryan at QB. Ryan has been known to pepper his WR1 heavily and Pittman finds a plus matchup as a big favorite against the Texans. The Colts WR2 job is still up in the air, meaning Pittman will be the man early on. Top-five pick Derek Stingley Jr. will be a stud, but Pittman catches him in his NFL debut.

The Giants removed Toney from the injury list and looks ready to go for Week 1. When healthy last year, Toney showed his potential with high target numbers and great YAC ability. The team has spent money at the wide receiver position, but Daniel Jones is still looking for his alpha. With Brian Daboll providing a glimmer of hope for the offense, any real passing game results will come from getting the ball to Toney.

With the expected shootout in the desert, I will be looking to potentially stack the Cardinals and run it back with Travis Kelce this week. The Chiefs have undergone a major makeover of its receiving corp and nobody really knows how it will play out. With that, I’d bet on old reliable Travis Kelce to be a huge factor and target monster for Mahomes early on.

With Zach Ertz looking doubtful for this matchup, either McBride or Williams will be the TE1 of a high-powered offensive attack. The loss of Ertz is big, but with Rondale Moore now added to the injury list on top of Hopkins suspension already, that’s a ton of targets up for grabs in a projected high-scoring game. Wait to see if we can get any info on who takes starter reps and seems in line for more work as the team’s TE1. McBride would be the more intriguing option, as he was touted as the top pass-catching rookie tight end.

With Jacoby Brissett filling in as QB1 in Cleveland, we’re putting a serious cap on what the Browns can do offensively. Both teams should be super amped up for this Baker Mayfield revenge game and the Panthers have some quality pieces in Jaycee Horn, Brian Burns, and Shaq Thompson.

Much has been made of the Patriots offensive struggles this preseason, mostly stemming from a lack of direction and serious coaching question marks. While they added some pieces, the Patriots offense isn’t one to be feared and the team has historically struggled playing down in the Miami heat. The Dolphins are expecting big things this year and should be very motivated in this one.