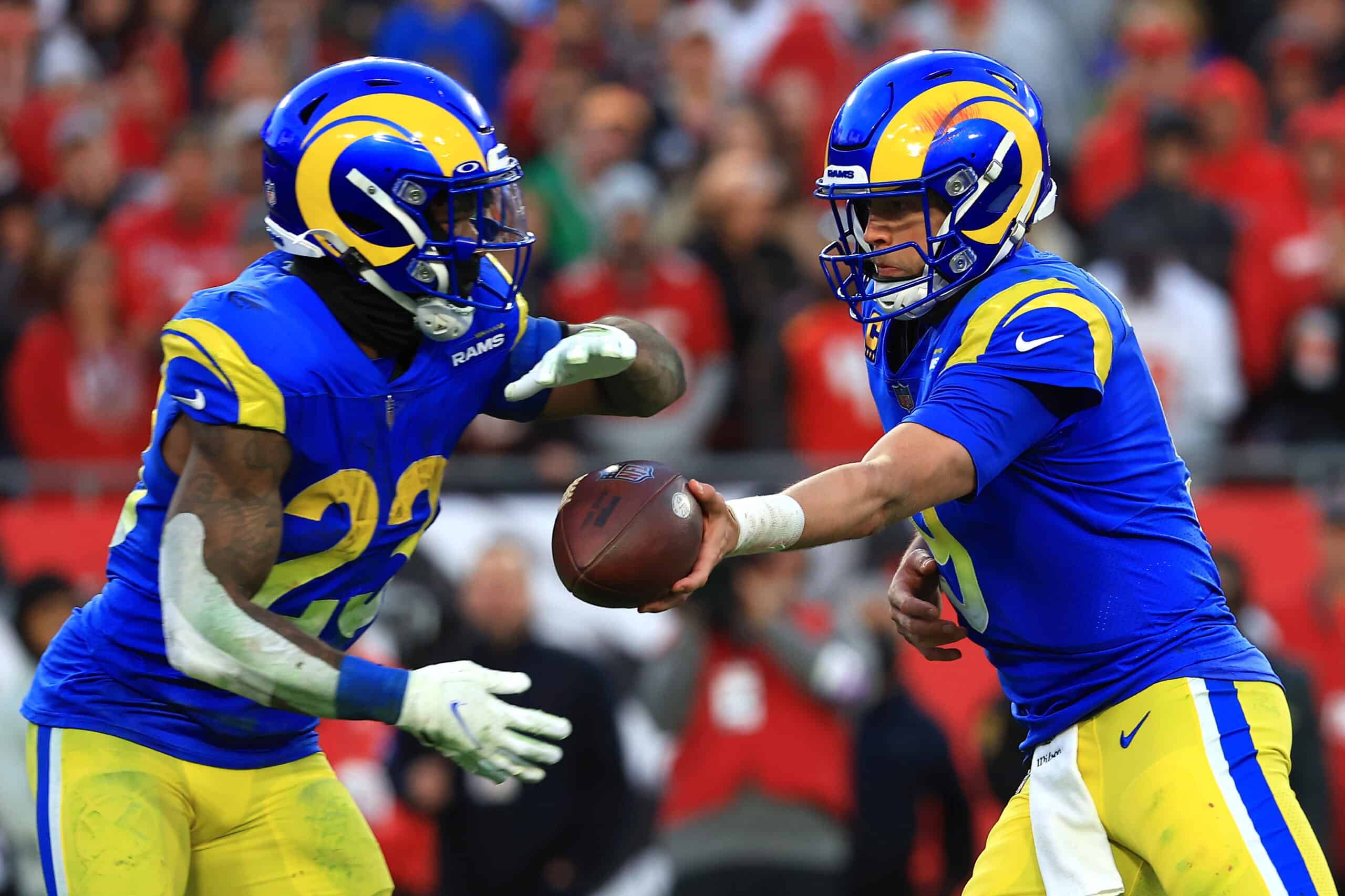 The daily fantasy and gambling market is constantly changing and there’s no better evolution than blending player props with the DFS salary structure.

At No House Advantage, the user chooses a set number of individual player props to select the over or under and place them in order of confidence. It takes the struggle of wagering at a sportsbook out of the user’s hands, while also incorporating a DFS-like point structure.

Or, the user can simply play VS THE HOUSE and 20X his or her entry. It’s that easy.

Sign up now using promo code RSJ or click the link to get a first deposit match up to $25 to boost your chances at winning over $250K in PICK ‘EM contests or 20X your entry in VS THE HOUSE contests.

Let’s put our player prop knowledge to the test and kick off the 2022 NFL season with a matchup of two powerhouse offenses.

ALLEN ROBINSON OVER 4.5 RECEPTIONS and/or OVER 50.5 RECEIVING YARDS

After spending his career in quarterback purgatory, Allen Robinson is ready to ball out alongside Matthew Stafford and Sean McVay. Not to mention, lining up on the same side of the ball as Cooper Kupp will keep opposing CB1s out of his pocket. With Tre’Davious White sidelined, expect Allen to see a lot of Dane Jackson and rookie Kaiir Elam. Robinson will exceed both of these totals during his Rams’ debut.

Having confidence in the under here is not a knock on Cam Akers’ talent. He has three-down workhorse upside in this offense, but he was unable to muster up much of anything after returning from his Achilles tear. To make matters worse, he enters Week 1 fresh off a series of soft tissue injuries and McVay insinuated a potential committee with Henderson. Akers is a fade until proven otherwise.

Matthew Stafford is another one who is coming off a sketchy injury, as he was put on a pitch count and missed time during camp with an elbow injury. Stafford and McVay said the veteran is ready to go, but he’ll be facing an improved Bills front seven without Andrew Whitworth protecting the edge. Three touchdowns is a lot for a game that will feature a prolonged pregame, followed by some jitters.

This number is low and Crowder could very well hit this on two or three receptions (his reception total is set at 2.5). But make no mistake about it, the Bills listed Isaiah McKenzie as the starting slot receiver. Following a very strong start to camp while Crowder was injured, McKenzie earned the job over the veteran due to his playmaking and heightened rapport with Josh Allen. Crowder is too far down on the Bills’ target totem pole to make a true impact against Jalen Ramsey & co.

There are three guarantees in life. Death, taxes, and Josh Allen rushing overs. The Bills have an inconsistent three-headed committee of running backs, yet Allen is as consistent as a quarterback can be on the ground. He hit this number 12 times last year and he closed out the season with five straight games of over 40 yards. Also, the Rams had trouble keeping Kyler Murray and Tyler Huntley under wraps to end last season. LA’s front seven will pressure Allen out of the pocket, allowing the big boy to rack up yardage on the ground.