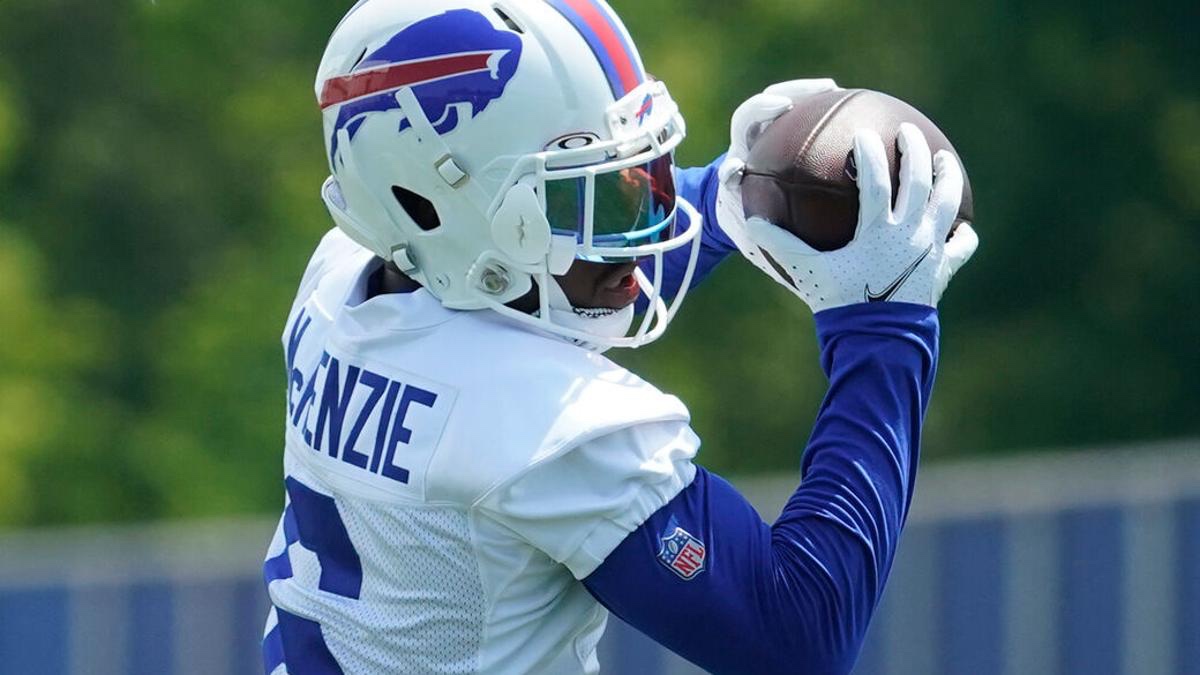 Get to the wire before the rest of your league does.

By now, 2022 fantasy football drafts are in the books and managers are looking forward to Week 1 and the grind of the season. Depending on your league size, most fantasy-relevant players are rostered, but there are still a number of players who were overlooked by owners.

We’ve identified a list of guys who you could sneak onto the back-end of your bench before they become hot commodities on the Week 2 Waiver Wire. The best part is that they are available for free right now, rather than spending FAAB or praying for waiver priority.

NOTE: Roster % is based on Yahoo! leagues and availability is around 50% or less.

One of Roto Street’s favorite late-round targets, Isaiah McKenzie, went out and earned the starting slot job in Buffalo over Jamison Crowder.

A WR3 role is typically not very enticing for most NFL offenses, but under Josh Allen, it provides serious upside. We saw McKenzie go for 11-125-1 on 12 targets against the Patriots at the end of last season and his chemistry with Allen has grown this offseason. While Stefon Diggs and Gabriel Davis get all the love, don’t let McKenzie be forgotten about in this high-scoring offense.

Doubs flashed at Packers camp and preseason with some spectacular grabs and overall play. The loss of Davante Adams has left a massive chunk of aerial pie up for grabs and no other receiver has stepped up during camp. Allen Lazard is what he is, Sammy Watkins is Sammy Watkins, Randall Cobb is dust, and Christian Watson missed time during camp to build a rapport with Rodgers. Somebody is going to benefit from being Rodgers’ guy.

The second-year receiver should catapult into a more significant role with the six-game suspension of DeAndre Hopkins. Moore is a shifty receiver that excels creating yards after the catch. Although newcomer Marquise Brown should fill in as the vertical threat for Arizona, expect the Cardinals to use Moore in underneath routes and get him in open space. A Week 1 shootout against the Chiefs could maximize his potential right away.

Moss is the least sexy name on this list, but if he warrants a tweet by The Wolf, then we have to include him. Moss enters his third season healthy and had a strong offseason that forced his way into a potential three-headed committee. Moss brings a violent running style that his two teammates lack, which could get him valuable short yardage and goal line carries in the league’s most explosive offense. Plus, some leagues will allow you to cut him and add someone else if he sucks on Thursday night.

While the Eagles backfield is pretty disgusting, there’s a glimmer of hope for Gainwell’s stock. Miles Sanders was sidelined for nearly the entire preseason with a hamstring injury and is one of the popular descending figures in fantasy. Sanders himself has said to not even draft him, as Philadelphia looks to have more of a committee approach this year. Gainwell, however, has been solid as a pass-catching back and even worked as a goal line weapon with five touchdowns last year. This backfield is completely open for the taking.

Elijah Mitchell is locked in as the 49ers’ starter for Kyle Shanahan’s run-heavy offense. But with that said, a healthy Wilson has earned the RB2 spot and is the clear handcuff to Mitchell.

49ers running backs have often been plagued with injuries and Mitchell himself is even dealing with his own hamstring issue at the moment. Wilson drips in Alexander Mattison or Melvin Gordon III handcuff upside.

The Falcons’ backfield is truly an unknown at the moment. Old man Cordarrelle Patterson was amazing last year in a Swiss Army knife role, but struggled as a true workhorse. Then, the team spent a draft pick on Tyler Allgeier, who is talented but is not dynamic enough for a three-down role.

Enter Damien Williams, aka Playoff Damien. He wasn’t used much in the preseason, but reports have hinted that could be to keep him fresh for a lead back role. Williams as the early down guy, complemented with Patterson, could lead to decent fantasy value at a very thin position.

Others to keep an eye on: